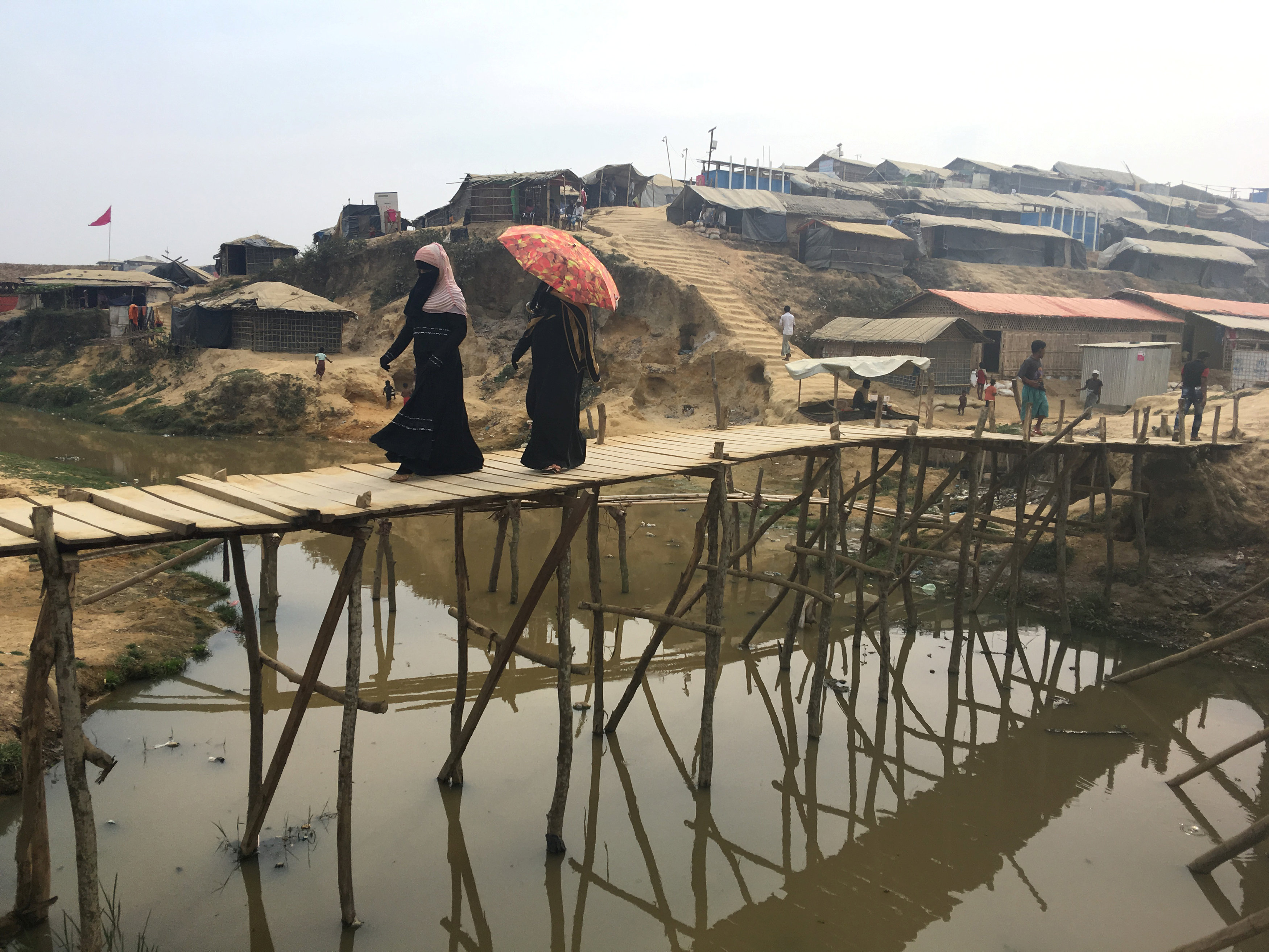 Chakmakul Refugee Camp (Bangladesh): The Rohingya refugees who live in shacks clinging to these steep, denuded hills in southern Bangladesh pray that the sandbags fortifying the slopes will survive the upcoming monsoon.
"They make it safer, but they won't hold if the rain is really heavy," said Mohammed Hares, 18. Cracks have already formed in the packed mud on which his shack is built.
Nearly 700,000 Rohingya Muslims have fled to Bangladesh since last August to escape a military crackdown in neighbouring Myanmar. Most now live in flimsy, bamboo-and-plastic structures perched on what were once forested hills.
Bangladesh is lashed by typhoons, and the Rohingya camps are clustered in a part of the country that records the highest rainfall. Computer modelling by the United Nations refugee agency (UNHCR) shows that more than 100,000 refugees will be threatened by landslides and floods in the coming monsoon.
The rains typically begin in April and peak in July, according to the Bangladesh Meteorological Department.
In Kutupalong-Balukhali, the biggest of the makeshift camps, up to a third of the land could be flooded, leaving more than 85,000 refugees homeless, according to the UNHCR. Another 23,000 refugees live on slopes at risk of landslide.
The UNHCR, International Organization for Migration (IOM) and World Food Programme are using bulldozers to level 123 acres in northern Kutupalong-Balukhali camp in an effort to make the area safer, said UNHCR spokeswoman Caroline Gluck.
IOM is putting debris-removal equipment and work crews throughout the camps, it said, and trying to improve roads and stabilise slopes. It is also setting up emergency diarrhoea treatment centres and providing search and rescue and first aid training.
Bangladesh Disaster Management Secretary Shah Kamal said the government was working with the UN to relocate 133,000 people living in high-risk areas. It is also launching a Rohingya-language radio station that will act as a natural disaster warning system, he said.
Bangladesh government officials have also previously told Reuters they are pushing ahead with a controversial plan to turn an uninhabited island in the Bay of Bengal into a temporary home for the Rohingya and move 100,000 refugees there ahead of the monsoon.
Flooding increases the risk of disease outbreaks. It could also threaten access to medical facilities, making them difficult to reach and restock, the modelling shows. Latrines, washrooms and tube wells may also be flooded.
The risk of landslides has been exacerbated by refugee families needing firewood to cook. Trees were cut down to make way for the refugees, who also dug up the roots for firewood, making the slopes even weaker and prone to collapse.
"This was a forest when I first arrived," said Arafa Begum, 40, who lives with her three children in a shack on a barren, vertiginous slope in Chakmakul camp. She said she wanted to move before the monsoon but must await the instructions of the majhi, or block leader.
The majhi's name is Jahid Hussain. "I don't know what I'll do when the rain comes," he told Reuters.