Trade war with US will only bring disaster to global economy: China 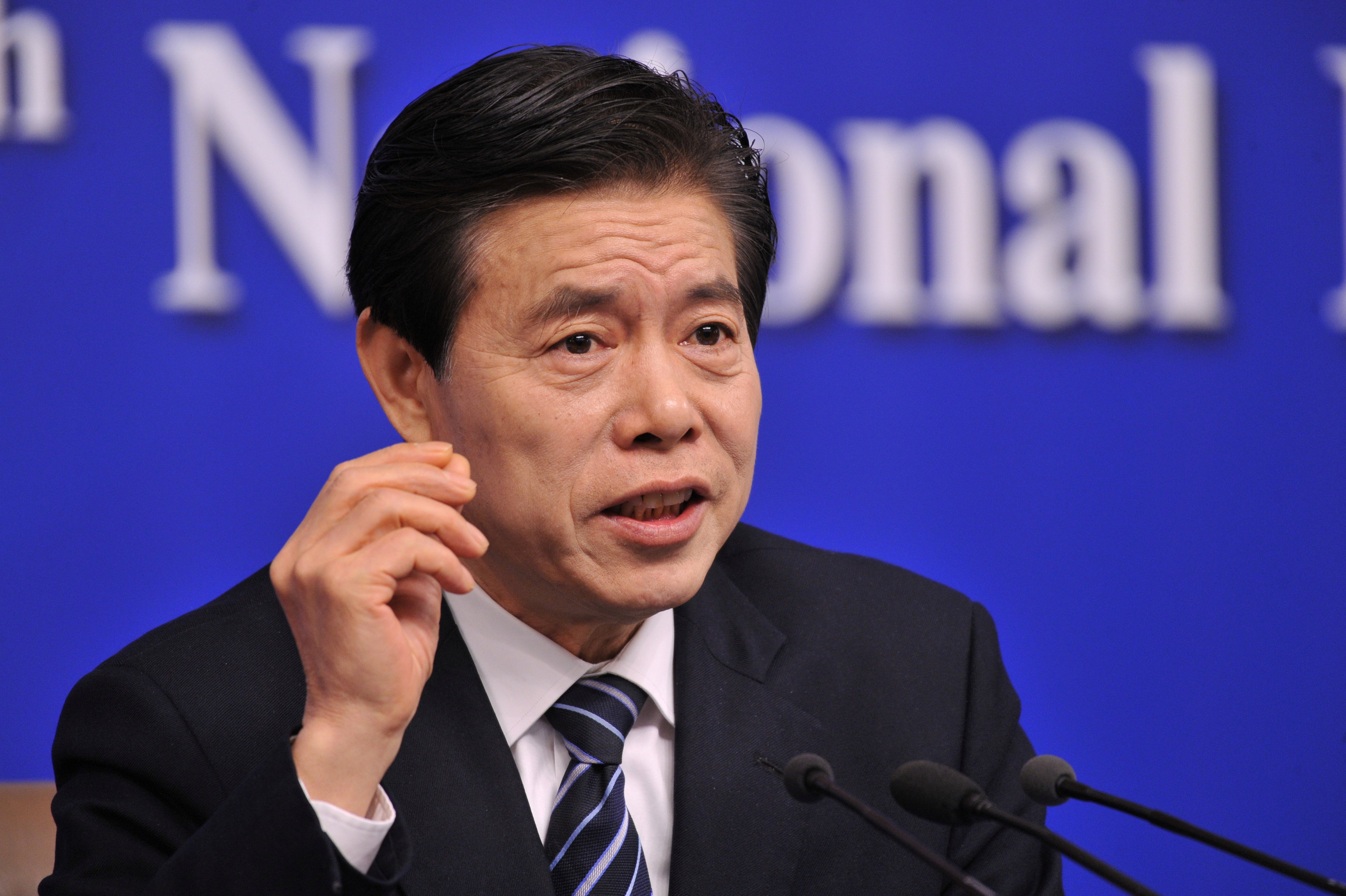 Beijing: Any trade war with the United States will only bring disaster to the world economy, Chinese Commerce Minister Zhong Shan said on Sunday, as Beijing stepped up its criticism on proposed metals tariffs by Washington amid fears it could shatter global growth
After pressure from allies, the United States has opened the way for more exemptions from tariffs of 25 per cent on steel imports and 10 per cent on aluminium that US President Donald Trump set last week.
On Saturday, the European Union and Japan urged the United States to grant them exemptions from metal import tariffs, with Tokyo calling for "calm-headed behaviour."
But the target of Trump's ire is China, whose capacity expansions have helped add to global surpluses of steel. China has repeatedly vowed to defend its "legitimate rights and interests" if targeted by US trade actions.
Zhong, speaking on the sidelines of China's annual session of parliament, said China does not want a trade war and will not initiate one.
"There are no winners in a trade war," Zhong said. "It will only bring disaster to China and the United States and the world."
China can handle any challenges and will resolutely protect its interests, but the two countries will continue to talk, he said.
"Nobody wants to fight a trade war, and everyone knows fighting one harms others and does not benefit oneself."
Trump's announcement on tariffs underlined concerns about rising US protectionism, which has sparked bouts of turmoil in global financial markets over the past year as investors feared a damaging trade spat will shatter a synchronized uptick in world growth.
China's metals industry issued the country's most explicit threat yet in the row, urging on Friday for the government to retaliate by targeting US coal — a sector that is central to Trump's political base and his election pledge to restore American industries and blue-collar jobs.
The US is the world's biggest importer of steel, purchasing 35 million tonnes of raw material in 2017. Of those imports, South Korea, Japan, China and India accounted for 6.6 million tonnes.
Trade tensions between China and United States have risen since Trump took office. China accounts for only a small fraction of US steel imports, but its massive industrial expansion has helped create a global glut of steel that has driven down prices.
The dispute has fuelled concerns that soybeans, the United States' most valuable export to the world's second largest economy, might be caught up in the trade actions after Beijing launched a probe into imports of US sorghum, a grain used in animal feed.
Protecting American jobs
Zhong said US official trade deficit figures had been over-estimated by about 20 per cent, and in any case would be a lot lower if the United States relaxed export restrictions on some high-tech goods.
He also reiterated a previous pledge that China would lower import tariffs on consumer goods including automobiles, as part of an effort to boost domestic consumption.
Trump believes the tariffs will safeguard American jobs, though many economists say the impact of price increases for users of steel and aluminium, such as the auto and oil industries, will destroy more jobs than curbs on imports create.
Nonetheless, there is growing bipartisan consensus in Washington, and support within some segments of the US business community, for the US government to counter what are seen as Beijing's predatory industrial policies and market restrictions on foreign firms.
Trump's administration has said the United States mistakenly supported China's membership in the World Trade Organisation (WTO) in 2001 on terms that have failed to force Beijing to open its economy.
Diplomatic and US business sources say the United States has frozen a formal mechanism for talks on commercial disputes with China because it is not satisfied Beijing has met its promises to ease market restrictions.