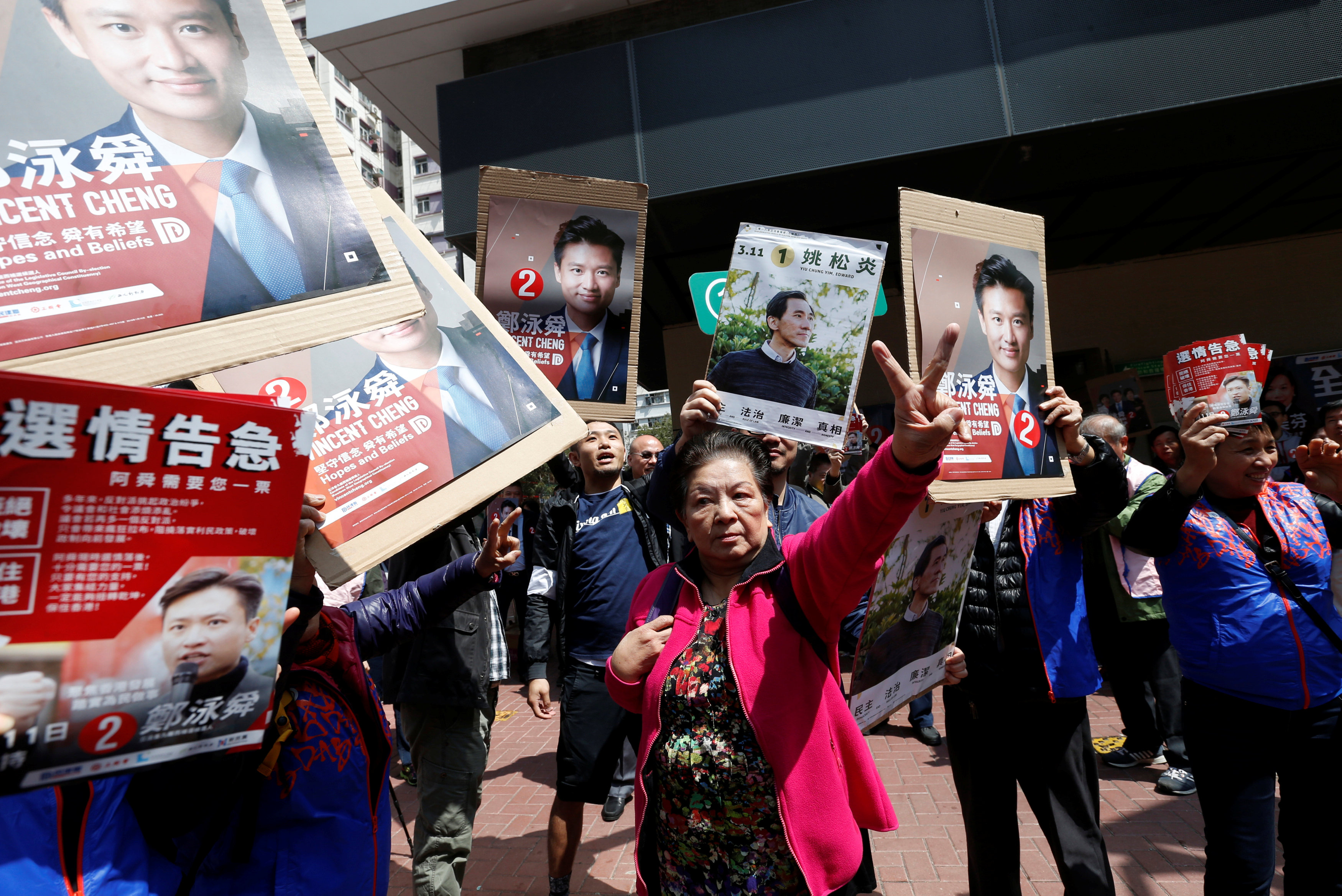 Hong Kong: Polling kicked off across Hong Kong in crucial by-elections on Sunday, with opposition democrats urging the city's 2.1 million eligible voters to cast "protest" ballots against perceived meddling from China's Communist Party rulers.
The by-elections will fill four legislative council seats once held by pro-democracy lawmakers who were ousted from public office after authorities deemed they'd failed to take valid oaths of office.
Critics slammed the move as politically motivated to weaken the opposition.
Sunday's polls also coincided with a vote in Beijing's parliament which is expected to remove the Chinese president's term limits, setting the stage for President Xi Jinping to stay in office indefinitely.
The news has stoked some unease in Hong Kong, worrying about its long-term implications given Xi's relative tough line on the freewheeling Asian financial hub.
"[Xi Jinping] just wants to be an emperor himself. Nobody would believe such a person would do any good for Hong Kong," said voter Sophia Yiu, 23, who said she flew back to town from Australia just to vote.
During a visit to Hong Kong last July, Xi warned Beijing won't tolerate any challenge to its authority.
Prior to Sunday's polls, several democracy activists including Agnes Chow were barred from running, drawing some international criticism, including from the European Union.
The opposition has been hobbled in the 70-member legislature, having lost its power to veto most legislation, with pro-establishment and pro-Beijing parties now dominating.
Some democrats in the city of 7.3 million say these polls are crucial to redress the injustice of the disqualifications, and to prevent the council becoming a rubber-stamp parliament, like the National People's Congress in Beijing.
"This is a protest vote, a war on public opinion and a de facto referendum. It will show if Hong Kong people agree or disagree with the disqualifications," said 21-year-old student democracy activist Joshua Wong.
"Hong Kong's system no longer has checks and balances and the rule of law we knew of has already become rule by law."
Hong Kong's leader Carrie Lam voted at a school in the exclusive Peak district but declined to speak with reporters as a small group of protesters scuffled with police nearby.
A former Hong Kong leader, Tung Chee-Hwa, said the elections were important as Hong Kong was at a "critical juncture".
"The time for squabbling should be over," he said, calling on voters to back those who are "constructive, practical and truly want to serve Hong Kong."
Fifteen candidates are running for four seats, though the results are hard to predict amid a subdued mood with early voter turnout on the low side, according to government figures.
"(The disqualifications) were definitely wrong," said one voter, 60-year-old Cheng Siu-ngor. "I hope after this time, more young people can rise up."
After more than a century of British colonial rule, Hong Kong returned to China in 1997 under a "one country, two systems" formula which guarantees it a high degree of autonomy and the promise of eventual universal suffrage.
Over the past two decades however, tensions have simmered and occasionally boiled over with activists pushing in vain for full democracy amidst opposition from Beijing.
Since the massive street protests of late 2014 that blocked major roads for 79 days, critics say authorities have sought to suppress and demoralise a younger generation of activists -- some of whom were jailed and face lawsuits.
Reuters