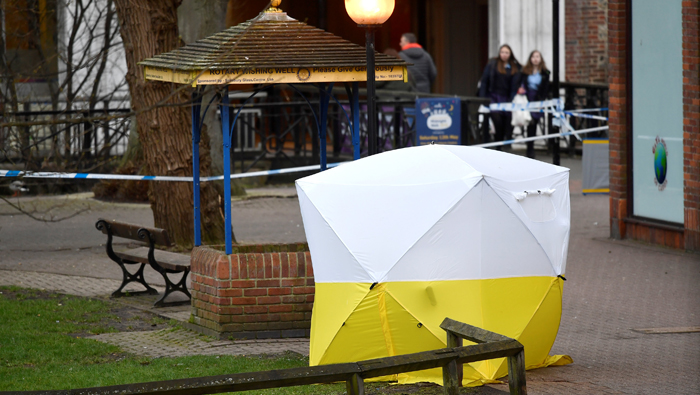 London: British police are treating an incident in which a Russian ex-spy and his daughter fell critically ill as attempted murder by administration of a nerve agent, the head of counter terrorism policing said on Wednesday.
Sergei Skripal, 66, and his daughter Yulia, 33, were found unconscious on Sunday on a bench outside a shopping centre in Salisbury, a city in southern England.
"In summary, this is being treated as a major incident involving attempted murder by administration of a nerve agent," Mark Rowley said in a statement. He declined to give details of the substance used. "I can also confirm that we believe the two people originally who became unwell were targeted specifically," Rowley said.