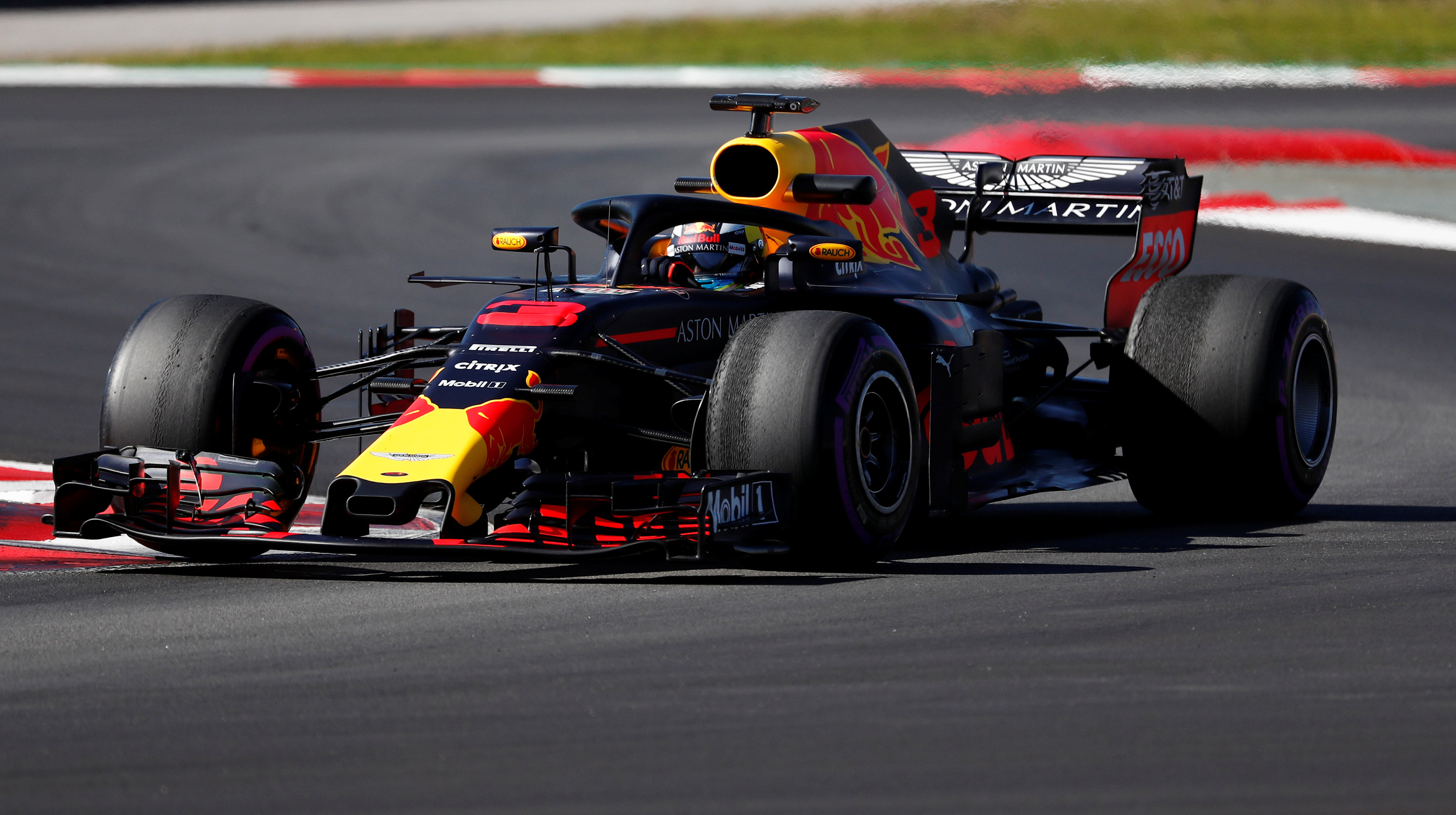 Barcelona: Daniel Ricciardo showed Red Bull's pace on Wednesday by lapping Barcelona's Formula One circuit faster than anyone since the track was reconfigured in 2007.
The Australian's time of one minute and 18.047 seconds on the new hypersoft Pirelli tyres lit up the timing screens on the second day of the final pre-season test at the Circuit de Catalunya.
The time was more than a second quicker than Lewis Hamilton's 2017 Spanish Grand Prix pole position of 1:19.149 for Mercedes, and also quicker than any lap in last year's winter testing.
Track records set in testing are deemed unofficial.
Four-time world champion Hamilton, who was fastest last week, was second on the timesheets with a lap 0.043 seconds slower on the ultrasoft tyres with Ferrari's Sebastian Vettel third.
"There's three quick teams and there's no doubt that Red Bull are going to be people that we are going to be fighting with this year," Mercedes technical head James Allison told Sky Sports.
"There's clearly no doubt about that... there's still some blurriness, it's still not possible to say for sure whether we've got our nose in front of them or they've got their nose in front of us.
"But you can say it's close."
Vettel, who did 171 laps on Tuesday when he was fastest, was drafted in for the morning after team mate Kimi Raikkonen felt unwell.
McLaren's Fernando Alonso was fourth fastest at the halfway point, with teams deciding not to break for lunch to make up for bad weather last week, and did 47 laps before pulling over with smoke coming from the car.
The team detected an oil leak and decided to change the Renault engine, costing the Spaniard several hours of much-needed track time.
"Even when you have a small problem, the world is watching," said McLaren's executive director Zak Brown of a stoppage that revived painful memories of the now-terminated Honda partnership with its regular engine failures.
"We know what the issues are, they're all easily fixed," added the American.
"Of course you'd like to do more laps but we don't think we have any problems. So we're not concerned."
The season starts in Australia on March 25.