Towards empowerment of women in Oman 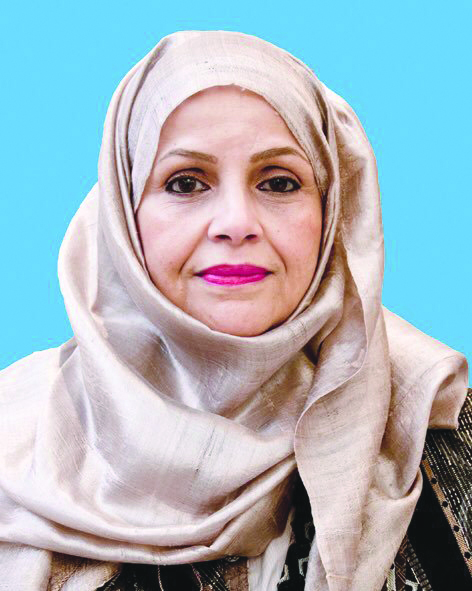 Since the early 1970s women in the Sultanate have been given their rights in the constitution. Nearly half a century later, women can be seen at top levels of government positions and businesses. The Sultanate’s aim to include women at all levels of governance began since 2005, when Oman appointed a woman as the Arab ambassador to the United States. There is no doubt that there is still much more that needs to be done to integrate women into the political and economic fields, however, as these women from the State Council will convey, the Sultanate is already on the right path.

This article will showcase three female members of the State Council, it will demonstrate their current contribution to the Sultanate and their goals, in addition to their views on the current condition of Omani women.

Dr Aisha Al Wishahi is a member of the Social Committee of the Council. Her work includes studying and reviewing legislations related to many aspects that affect society.

Omani women work in good economic conditions, where men are on par in terms of work, production, and investment opportunities. Omani women are also able to carry out political work through roles such as membership in the Council of Ministers and the Council of Oman. This unique condition is accompanied by the development of women’s social status. A woman’s role as an educated and working woman has assumed significance at all levels.

She aspires to increase the presence of Omani women in the Shura Council and the Council of Oman in general. “This will positively support women’s issues and highlight their status. It will also reflect the reality of women in Oman, as they represent a large part of the educated and qualified members of society, capable of playing a productive role,” she said.

“Through my presence in the Council, I hope to present my work experience and scientific qualifications to serve the Omani society. I also hope to support the means and activities that develop the role of the State Council and highlight its impact on society,” she added.

Omani women have achieved many of their ambitions, but they must continue to respond to the issues and challenges facing them to ensure that women’s experience is reflected in all aspects of society.

Muna Al Saadoon is a member of the social committee that allowed her to participate in the study of various topics that have both direct and indirect effects on an individual’s health and welfare of the society. For example, health promotion programmes, and better approach to the prevention and management of chronic diseases. Accidental injuries among children and prevention programmes aiming to reduce their adverse effects.
**media[836737]**
Omani women have been given special attention by His Majesty Sultan Qaboos, since the Renaissance. The provisions for educational opportunities and healthcare for women at all stages of life contributed to empowering women to acquire skills and knowledge and contributing to the building of this benevolent homeland.

At the same time, governmental and social support for women helped them overcome obstacles, which enabled them to work in all sectors and at various levels, while enjoying all their civil rights.
“I hope that the concerned authorities will discuss certain social problems that could hinder women’s progress and introduce administrative and legal amendments to limit the negative effects that such problems have on abilities of women to maximise their employment achievements,” she added.

Being a paediatric doctor, she cares a lot about children’s rights and their protection from all forms of abuse. “During my time at the council, I aim to shed light on the needs of children. Hopefully it will be possible to identify and bridge any gaps in the social, legal, health, and educational services provided to them, with the aim of creating a safer and even more stable environment for the child in the Sultanate,” she added.

Naashiah Al Kharousi is the first Omani woman to have been awarded a Telecommunications Engineering Degree in June 1971.
**media[836738]**
According to the state’s statutes, Omani women have equal rights and public duties as men. There is no distinction between the two. The rest of the specific rights are compatible with our Islamic law, for example in matters related to marriage, custody and legacy. “We were given our rights even before many women in the West were given theirs. I have been a member of three permanent committees for four years, including economic, social, and legal committees. I have focused on these areas as it allowed me to use my previous experience,” she said.

“We have made proposals regarding the activation of Omani women’s associations, as well as increased the social, health, and cultural awareness, in order to raise women’s administrative and financial capabilities, and legal awareness of their rights. The lack of knowledge about rights might hinder the effective participation of women in sustainable economic and social development or may impede the realisation of their aspirations in general, whether in the field of professional work or family and social relations,” she added.

Talking about the changing role of women she said that some women may have the feeling that they have not had a particular opportunity to take on leadership roles or that there is a negative bias towards women in the work environment. The men, especially in the field of work, must understand that the participation of women is necessary. The ideas of women complement the ideas of men.