US sailors visit Vietnamese shelter for victims of Agent Orange 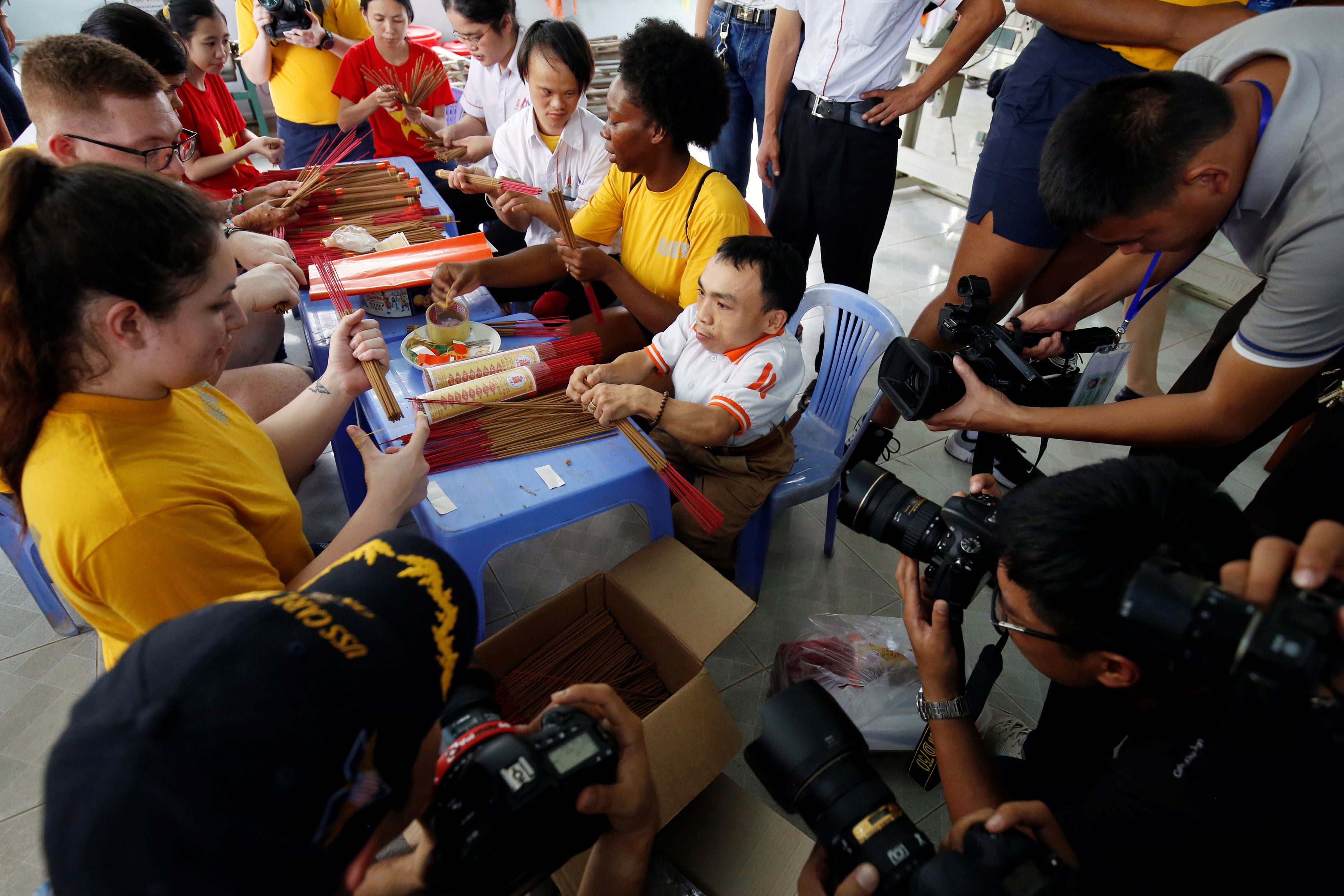 Danang (Vietnam): Sailors from a US aircraft carrier on Wednesday visited a Vietnamese shelter for people suffering from the effects of Agent Orange, a chemical used by the US military during the Vietnam War to destroy foliage.
Of the 4.8 million people who were exposed to Agent Orange, some three million are still suffering from its effects, including children born with severe disabilities or other health issues years after their parents were exposed, according to the Hanoi-based Vietnam Association for Victims of Agent Orange.
"I think it's very powerful to see the circumstances in which we're here today compared to, say, 40 years ago," said Gordon Watkins, a sailor from the visiting USS Carl Vinson aircraft carrier who was at the shelter in Danang.
"I'm here in a T-shirt and shorts, and I'm playing with children," said Watkins, who was holding a young Vietnamese boy in his arms.
"I think that's a really good step," said Watkins, who along with other sailors made incense sticks and plastic flowers with the children at the shelter.
The Vinson arrived in Vietnam on Monday in the first visit of a US aircraft carrier since the war ended in 1975, dramatically underscoring the growing strategic ties between the two former foes at a time when China's regional influence is rising.
On Tuesday, a US Navy band visiting Vietnam with the carrier performed a rendition of "Noi Vong Tay Lon", a Vietnamese song about national unity which was popular during the war.
The United States will soon finish a five-year, $110 million programme designed to clean soil contaminated by Agent Orange at Danang International Airport.
And in January, the two countries said they would begin the process of decontaminating an area of Bien Hoa Air Base in Southern Vietnam where much of the Agent Orange used during the war was stored by the US military.
That clean-up operation will cost $500 million and last ten years, according to USAID.
"We hope this visit is a chance for the American government and companies who produced Agent Orange to understand more about the adverse impacts of the substance on its victims and take responsibility for the harm it has done," said Quach Thanh Vinh, of the Vietnam Association for Victims of Agent Orange.
"There is still room for the U.S. government and American people to understand the impact of Agent Orange on Vietnamese people."