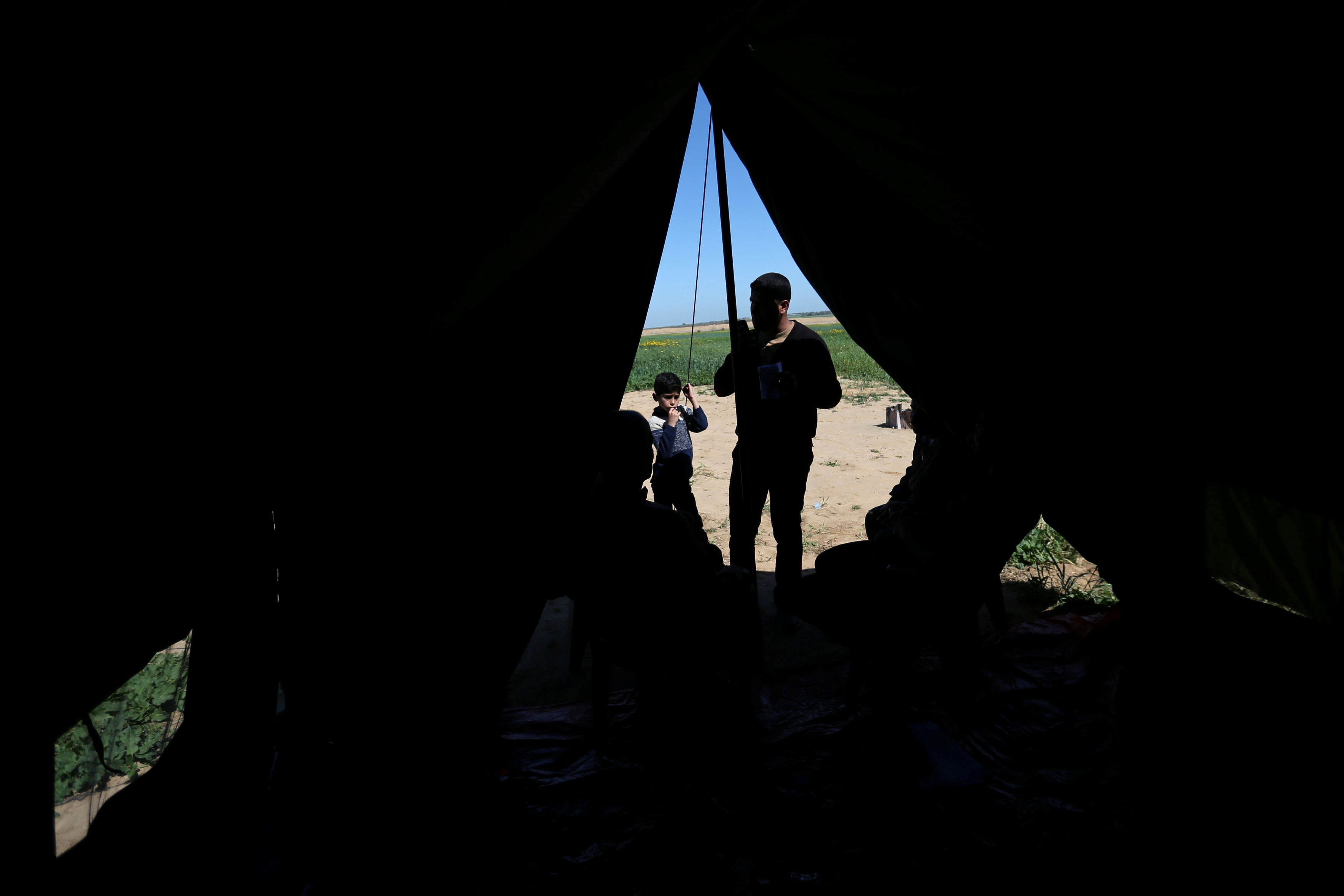 Gaza: Palestinians in the Gaza Strip are planning a six-week-long tent city protest near the Israeli border starting on March 30 to demand Palestinian refugees be allowed to return to what is now Israel, organisers said on Wednesday.
Such a demonstration, envisaging families camped out in the sensitive border area, could present a dilemma for the Israeli military that enforces a "no go" zone for Palestinians on land adjacent to Israel's frontier fence.
Israeli soldiers are confronted by frequent violent Palestinian protests along the Gaza border and have used tear gas, rubber bullets and live ammunition against demonstrators whom the military said hurled rocks or petrol bombs at them.
Ahmed Abu Ayesh, a spokesman for a coordinating committee, said plans were for hundreds or thousands of people, including entire families, to live in tents erected "at the nearest, safe point from the border". The United Nations, Abu Ayesh said, would be notified of the rally.
A statement issued by the committee urged Palestinians in Gaza to take part in this "national project that endorses peaceful resistance as a new way to win our rights, foremost the right of return" of refugees to what is now Israel.
The protest is set to begin on March 30, the annual "Land Day" commemorating the six Arab citizens of Israel who were killed by Israeli security forces during demonstrations in 1976 over government land confiscations in northern Israel.
It will end, the organisers said, on May 15, the day Palestinians call the "Nakba" or "catastrophe", marking the displacement of hundreds of thousands of Palestinians in the conflict surrounding the creation of Israel in 1948.
Organisers said the protest is supported by several Palestinian factions, including Gaza's dominant Hamas group. The factions, the organisers added, would have no formal presence at the venue, where portable toilets and food would be supplied.
In the town of Khan Younis, in the southern Gaza Strip, a Palestinian journalist got a jump-start on the protest, erecting two tents about 450 metres (yards) from the border fence, to promote the planned demonstration.
"I admired the idea," Muthana An Najar told Reuters, predicting that Israeli forces "will be confused about how to handle" the protest.
Among several disputes that have deadlocked Middle East peace talks has been the Palestinians' demand that as many as five million of their compatriots be granted the right to return to lands in Israel that they or their kin lost.
Israel rules this out, fearing an influx of Arabs that would eliminate its Jewish majority, and argues the refugees should resettle in a future Palestinian state in the occupied West Bank and Gaza Strip. Israel pulled its troops and settlers out of the Gaza Strip in 2005.