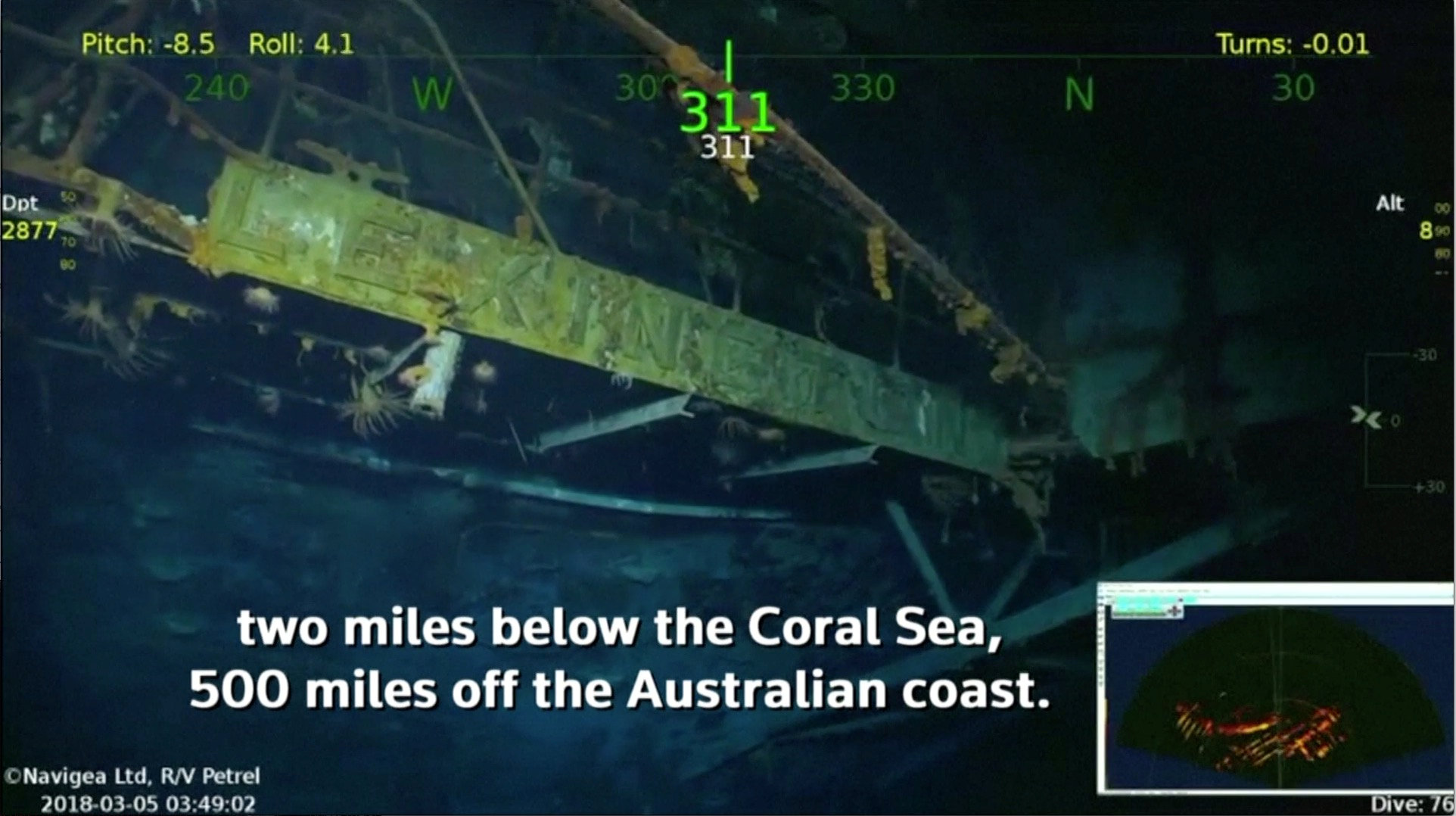 Washington: The wreck of the USS Lexington, an American warship sunk in a Pacific naval battle during the World War II, has been found by a team working for Microsoft co-founder Paul Allen.
The iconic aircraft carrier was discovered on March 4 in the Coral Sea, about 500 miles (800 km) from Australia's east coast, according to Allen's website.
Here are five facts about the warship nicknamed "Lady Lex".

EARLY DAYS
The Lexington was originally designed as a battlecruiser, but was later converted into one of the US Navy's early aircraft carriers. It joined the fleet in 1928, the fourth US Navy ship to be named after the Battle of Lexington in the American Revolutionary War.
The Lexington was at sea when the Japanese navy attacked Pearl Harbor on December 7, 1941, drawing the United States into the World War II.

BATTLE OF CORAL SEA
Over four days in May 1942, the Lexington and another carrier, USS Yorktown, battled a Japanese carrier fleet threatening New Guinea and Australia.
It was the first naval battle in history fought with the opposing ships never seeing each other. Historians consider the battle a draw, with both sides suffering losses, but it did blunt a Japanese advance.
The Lexington, badly damaged by Japanese torpedoes, bombs and secondary fires, was abandoned and scuttled on May 8. More than 200 crew, of a total of nearly 3,000 aboard, died in the battle.

THE SEARCH
Allen's expedition team used a research ship, the Petrel, acquired by the billionaire in 2016 to explore and survey historic warships and artifacts.
The 25-foot (8-m) Petrel carries subsea equipment able to reach depths of 6,000 metres (19,700 ft), according to Allen's website. The team was helped by accurate accounts of where the Lexington went down, but still had to contend with harsh conditions.
"It's thousands of metres deep and it's very unpredictable," said Robert Kraft, director of subsea operations. "We're putting a lot of electronics and high voltage down to very deep waters and sea water, where it shouldn't belong."

THE WRECK
The Lexington was found on March 4 resting on the floor of the Coral Sea at a depth of 3,000 metres (1.86 miles).
Allen's team posted close-up video of its anti-aircraft guns, the ship's name still visible on the hull, and a torpedo lying on the sea floor.
The footage also showed some of the 35 fighter and bomber aircraft that went down with the ship.
"There's no commercial value but there is, obviously...a historic and an archaeological value to looking for the Lexington," Kraft said.

OTHER DISCOVERIES
Allen-led expeditions have found other famous ships in recent years.
In 2015, they discovered the sunken Japanese warship Musashi, one of the largest battleships ever built, off the Philippines' coast. That ended a decades-long mystery about the exact location of the ship after it was attacked by US aircraft in 1944.
In December 2017, the team used a remotely-operated undersea vehicle to explore and document the remains of the destroyer USS Ward at the bottom of Ormoc Bay in the Philippines.
The Ward is best known for firing the first American shot in the World War II, when it attacked a Japanese midget submarine near Pearl Harbor early on December 7, 1941.