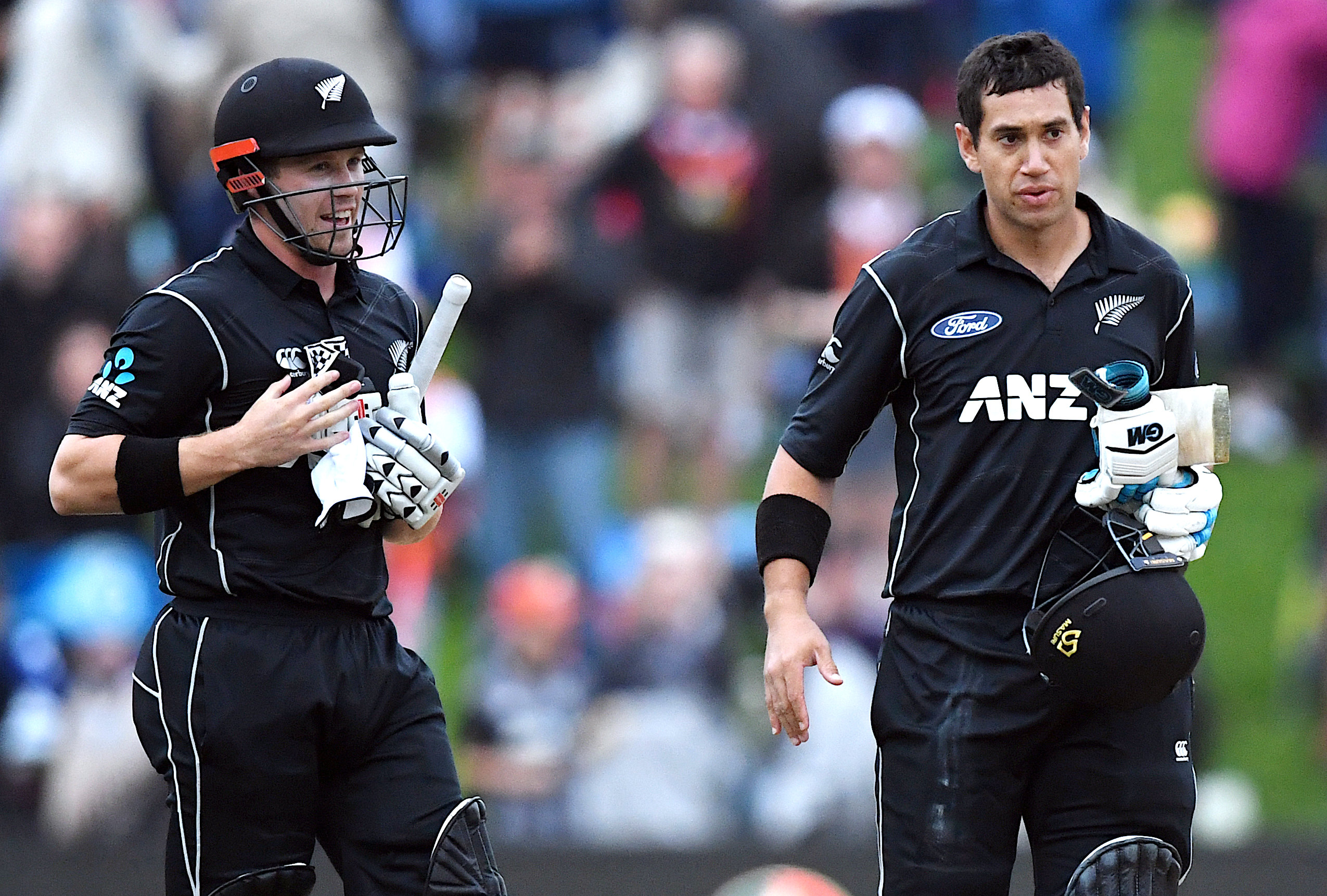 Dunedin: A hobbling Ross Taylor scored an unbeaten 181 to guide New Zealand to a thrilling five-wicket victory over England on Wednesday at University Oval and level their five-match series 2-2.
Taylor, who missed the third game in Wellington with a quadriceps injury, was limping badly after he appeared to suffer a similar strain but still combined with Tom Latham (71) for 187 runs as New Zealand scored 339 for five in 49.3 overs to chase down England's 335 for nine.
"It was nice to be there at the end," Taylor said. "There were a lot of little partnerships in there and ... we were able to get there.
"We just had to give ourselves a chance. We knew that we wouldn't win it in the first 10 overs but you can lose it and we just tried to take it as deep as we can."
England's big total was set up by a rollicking start between Jason Roy (42) and Jonny Bairstow, who were scoring at almost eight runs an over before Ish Sodhi broke the partnership at 77 in the 11th over.
Bairstow (138) and Root (102) then continued the attack as they put on an impressive 190-run partnership.
Bairstow, who scored his third one-day century, was dismissed to leave the tourists on 267 for two with 12.2 overs remaining and well set for a score challenging 400.
England's high-powered batting lineup, however, then slumped to 288 for seven before Root completed his 12th century.
The visitors had been in danger of not seeing out their full allocation before Tom Curran scored an important 22 not out, which included four successive boundaries in the final over.
"We were in a really commanding position until the 37th over and then had that collapse," England captain Eoin Morgan said.
"But we thought 330 was still a reasonably competitive score."
The hosts' run chase had looked to be doomed at two for two in the third over after both Martin Guptill and Colin Munro were dismissed for ducks before captain Kane Williamson (45) and Taylor combined for 84 runs.
Taylor and Latham, who had a 178-run partnership in the first match, then rebuilt New Zealand's run chase only for Taylor to hurt himself again while diving to make his ground after he had passed 100 for the 19th time.
He was then restricted from running anything other than easy singles and instead looked to hit the ball to the fence.
Colin de Grandhomme added a quickfire 23 before Henry Nicholls hit a six in the final over to give the hosts a remarkable victory.
The deciding game is at Hagley Oval in Christchurch on Saturday.