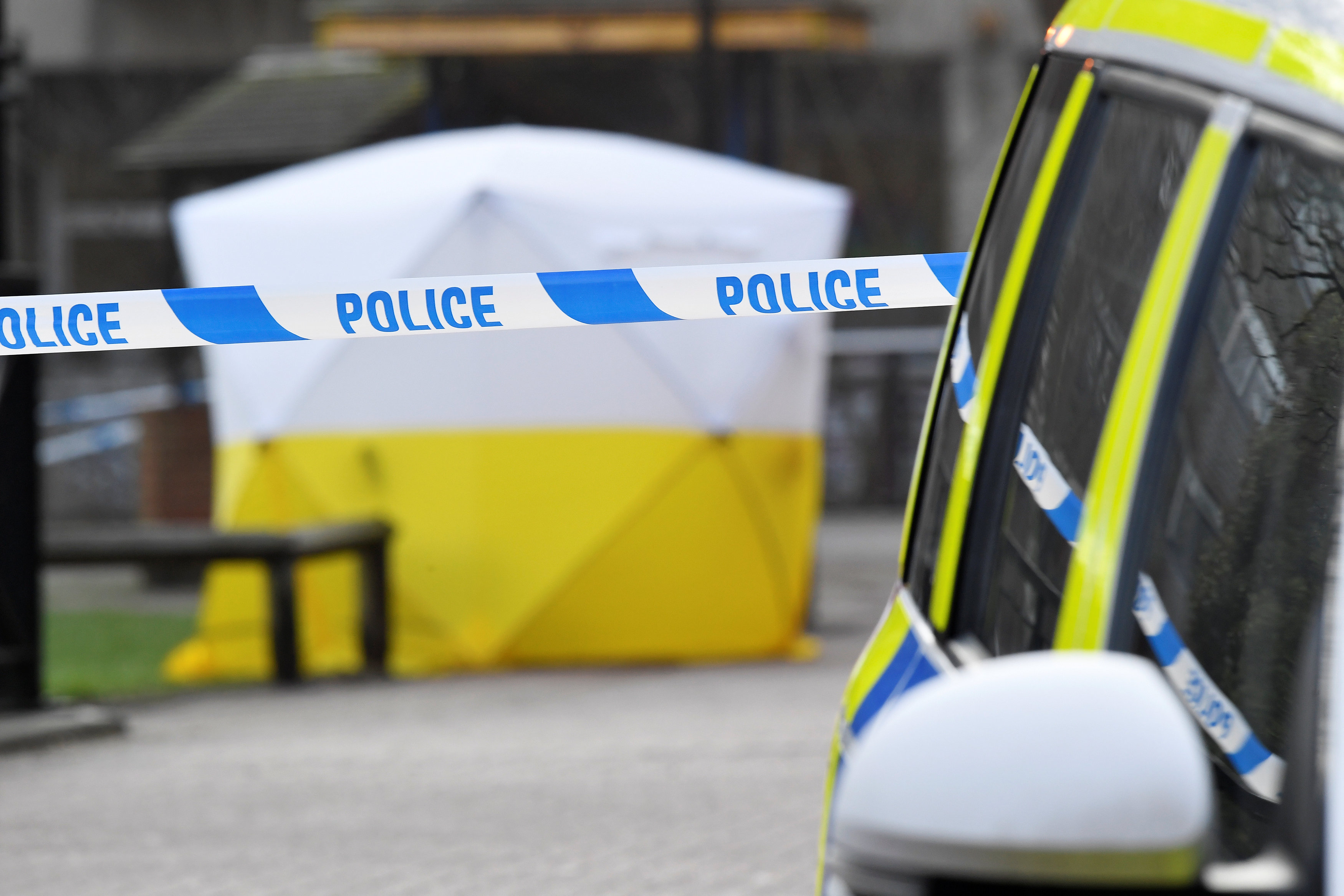 Salisbury (England): A former Russian double agent convicted of treason in Moscow was critically ill in a British hospital on Tuesday after exposure to an unknown substance, with police saying it had to be "alive to the fact of state threats".
In its first response, the Kremlin said it was ready to cooperate if Britain asked for help in its investigation of the "tragic situation".
Sergei Skripal, once a colonel in Russia's GRU military intelligence service, was given refuge in Britain after he was exchanged in 2010 for Russian spies caught in the West as part of a Cold War-style spy swap on the tarmac of Vienna airport.
But the 66-year-old former spy and a 33-year-old woman who was known to him were found unconscious on a bench in a shopping centre on Sunday in the English city of Salisbury after exposure to what police said was an unknown substance.
Both were critically ill in intensive care.
While the British authorities said there was no known risk to the public, police sealed off the area where the former spy was found and a pizza restaurant called Zizzi in the centre of Salisbury. Some investigators wore yellow chemical suits.
British police did not release the names of those who were being treated but two sources close to the investigation told Reuters that the critically ill man was Skripal. It was unclear what the substance was, they said.
"We're speaking to witnesses, we're taking forensic samples at the scene, we're doing toxicology work and that will help us to get to an answer," said Mark Rowley, Britain's top counter-terrorism officer.
"We have to remember: Russian exiles aren't immortal, they do all die and there can be a tendency to conspiracy theories. But likewise we have to be alive to the fact of state threats," Rowley told BBC radio before referring to the murder of Alexander Litvinenko.
A British inquiry said President Vladimir Putin probably approved the 2006 murder of ex-KGB agent Litvinenko with radioactive polonium-210 in London. The Kremlin has repeatedly denied any involvement in the killing of Litvinenko.
Litvinenko, 43, an outspoken critic of Putin who fled Russia for Britain six years to the day before he was poisoned, died after drinking green tea laced with the rare and very potent radioactive isotope at London’s Millennium Hotel.
It took some time for British doctors to discern the cause of Litvinenko's illness.
The Kremlin said it was ready to cooperate if Britain asks it for help investigating the incident with Skripal.
"Nobody has approached us with such a request," Kremlin spokesman Dmitry Peskov told a conference call with reporters, when asked if the British authorities had been in touch seeking help. "Moscow is always open for cooperation."
When asked to respond to British media speculation that Russia had poisoned Skripal, Peskov said: "It didn't take them long."
Calling the incident "a tragic situation," Peskov said the Kremlin did not have information about what had happened.
Skripal was arrested in 2004 by Russia's Federal Security Service (FSB) on suspicion of betraying dozens of Russian agents to British intelligence. He was sentenced to 13 years in prison in 2006 after a secret trial.
Skripal, who was at the time shown wearing a track suit in a cage in court during the sentencing, had admitted betraying agents to MI6 in return for money, some of it paid into a Spanish bank account, Russian media said at the time.
But he was pardoned in 2010 by then-President Dmitry Medvedev as part of a swap to bring 10 Russian agents held in the United States back to Moscow.
The swap, one of the biggest since the Cold War ended in 1991, took place on the tarmac of Vienna airport where a Russian and a US jet parked side by side before the agents were exchanged.
One of the Russian spies exchanged for Skripal was Anna Chapman. She was one of 10 who tried to blend in to American society in an apparent bid to get close to power brokers and learn secrets. They were arrested by the FBI in 2010.
The returning Russian spies were greeted as heroes in Moscow. Putin, himself a former KGB officer who served in what was then East Germany, sang patriotic songs with them.
Skripal, though, was cast as a traitor by Moscow. He is thought to have done serious damage to Russian spy networks in Britain and Europe.
The GRU spy service, created in 1918 under revolutionary leader Leon Trotsky, is controlled by the military general staff and reports directly to the president. It has spies spread across the world.
Since finding refuge in Britain, Skripal lived quietly in Salisbury and kept out of the spotlight until he was found unconscious on Sunday.
"On the bench there was a couple, an older guy and a younger girl. She was sort of leant-in on him. It looked like she'd passed out maybe. He was doing some strange hand movements, looking up to the sky," witness Freya Church told the BBC.
"They looked so out of it that I thought even if I did step in I wasn't sure how I could help, so I just left them. But it looked like they'd been taking something quite strong."
Another Russian, Alexander Perepilichny, who had been helping a Swiss investigation into a Russian money-laundering scheme, was found dead in 2012 in Britain.
Police ruled out foul play despite suspicions he might have been murdered with a rare poison. An inquest has yet to give a definitive conclusion as to how he died.