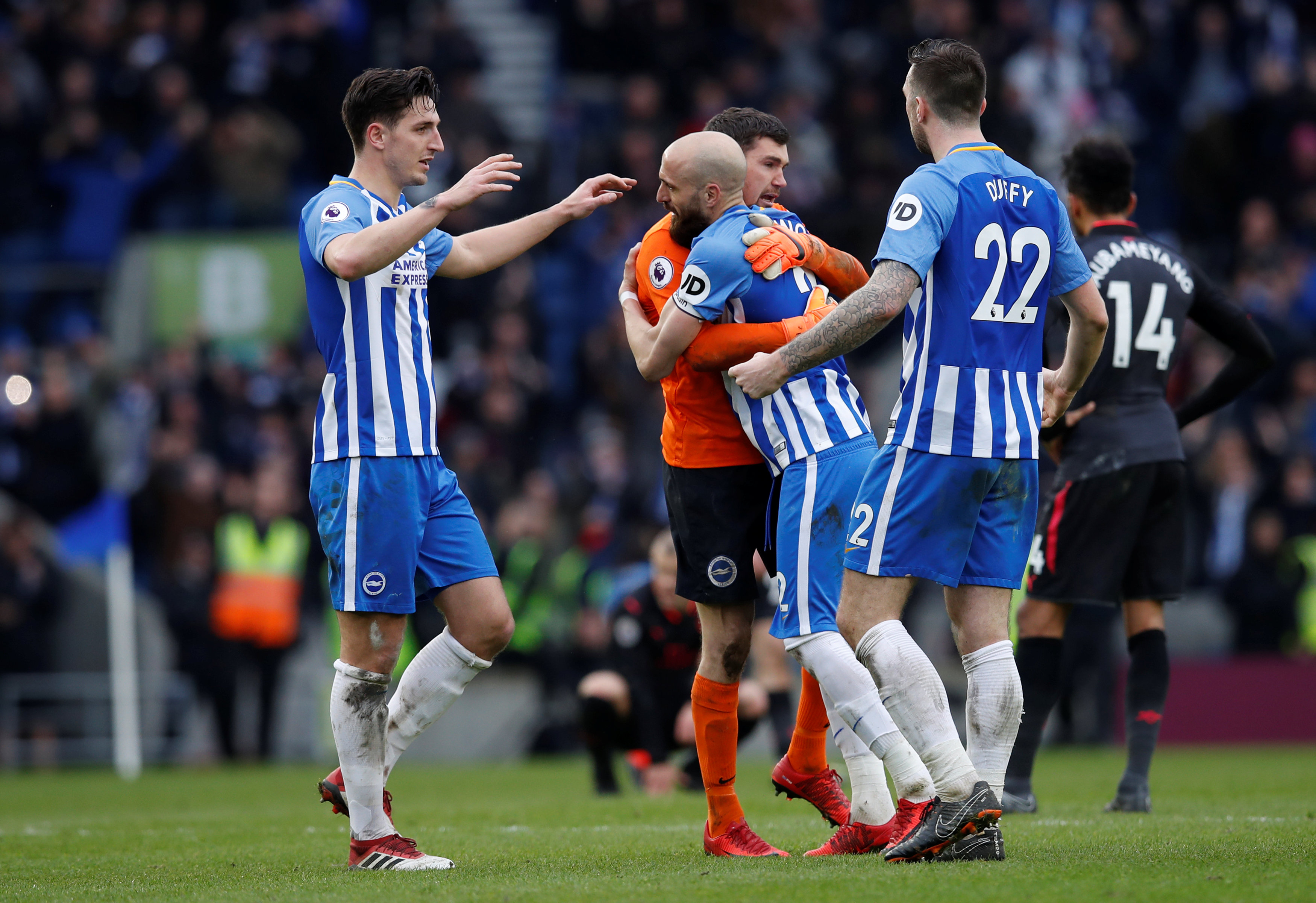 Brighton: The pressure on Arsenal boss Arsene Wenger intensified on Sunday when his side slipped to a fourth successive defeat in all competitions with a 2-1 loss at Brighton & Hove Albion.
After a bright start from the visitors, Lewis Dunk volleyed in to give the home side the lead, ensuring Arsenal’s run without a Premier League clean sheet stretched to 11 games -- their longest such run since February 2002.
Glenn Murray’s fifth goal in as many league games made it two for Brighton after 26 minutes, before Pierre-Emerick Aubameyang pulled one back for Arsenal two minutes before halftime.
Arsenal improved in the second half but Brighton held on to secure a third Premier League home victory in a row to go 10th, while an eighth defeat in all competitions in 2018 leaves Arsenal trailing north London rivals Tottenham Hotspur, who are fourth, by 13 points and two places.
"My future is not my main worry,” Wenger said. "It is not the first time I have lost so many games in row. I still believe I can do it (turn things around).”
Arsenal made three changes from the side beaten by Manchester City on Thursday, with Jack Wilshere returning to the starting XI, but the England international could only look on as Arsenal fell behind.
Petr Cech went up to claim a corner but was beaten in the air by Shane Duffy and Dunk was on hand to sweep home the loose ball.
Arsenal were struggling to cope with Pascal Gross’s movement, and sure enough, Gross played a pivotal role in Brighton’s second goal, curling a sublime cross into the middle for Murray to head home.
"We are definitely hitting our best form at the right time,” Brighton manager Chris Hughton said. "We started so well, we might have even got more goals.”
"We want Wenger out,” came the cry from the away end but Arsenal did improve as the half wore on and they got themselves back into the game when Aubameyang flicked home Granit Xhaka’s cross.
The visitors were in fact unlucky not to go into the break on level terms, after Laurent Koscielny’s header came out off the post.
Arsenal continued to press after the interval, with Mathew Ryan forced into a fine save to deny Mesut Ozil.
However, Arsenal could not create the killer chance to snatch a point and the final whistle was greeted with much anger from their fans.