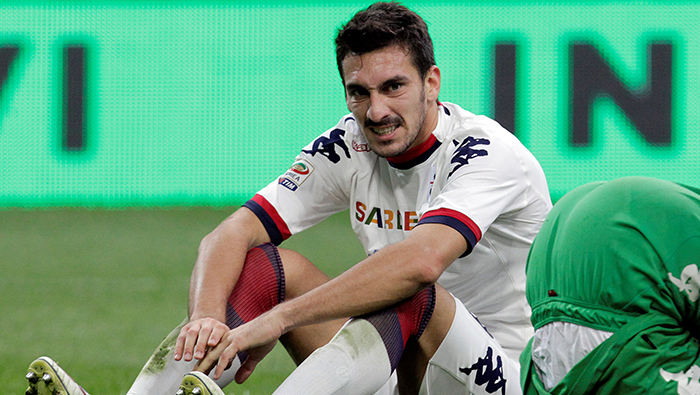 Milan: Fiorentina captain and defender Davide Astori died of a sudden illness on Sunday morning, the Serie A club said on Twitter.
He was 31 years old.
"Fiorentina is deeply upset to have to announce that its captain Davide Astori has passed away, victim of a sudden illness," said the statement.
"Due to the terrible and delicate situation, and above all for the respect of his family, an appeal is made to everyone's sensibility."
Italian media said that Astori, who had played around a dozen matches for Italy, was found dead in his hotel room.
Astori joined Fiorentina on loan in August 2015 and the club signed him outright one year later.
He previously spent six seasons at Cagliari and one on loan at AS Roma.
Fiorentina's match at Udinese on Sunday was postponed, Italian media reported.