Seawater samples off Barka collected to check for red tide 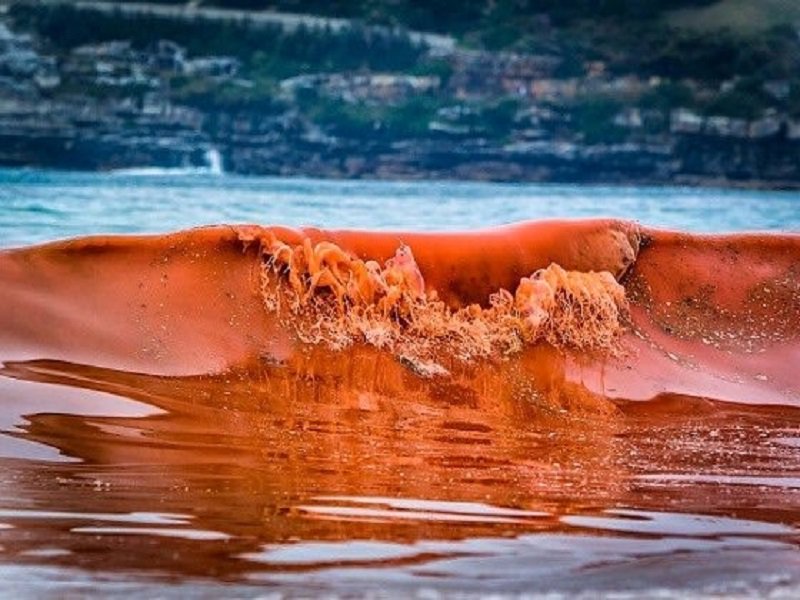 Muscat: The Ministry of Agriculture and Fisheries (MAF) has collected seawater samples from the coast of Barka to see whether the bloom present there was “red tide”. The officials said the results would be out in two days or so.
The sampling comes in the backdrop of the Public Authority for Electricity and Water (PAEW) calling an emergency meeting to assess whether a red tide could form off the coast of Barka.
Red tide is a kind of harmful algal bloom (HAB) that can cause desalination plants to shut down by ruining the seawater that the unit uses. HABs can also kill fish, besides having other harmful effects.
MAF officials said it was premature to call it red tide and said it could be something far less serious. They added that it was protocol to collect samples in such cases.
“We just collected samples today, in accordance with our protocol. We are still assessing them and the results will be out in a few days, possibly two days,” an MAF official said.
The ministry officials further said they were not worried, adding that it was most likely nothing out of the ordinary. “We are not too worried about this. The bloom has been in place since December. We will check for the concentration of this species. It is probably algae or just seaweed for all we know,” the official said.
Earlier in the day, PAEW chairman Mohamed bin Abdullah Al Mahrouqi presided over a meeting on the same issue.
“An emergency committee meeting was held to closely follow the phenomenon of red tide in the seawater adjacent to the state of Barka. There has been a slight improvement with the reduction of plankton in the sea water. This has helped to increase the amount of water produced at desalination plants in the wilayat of Barka. The committee is still closely monitoring the situation of red tide possibly developing in the sea off the coast of the wilayat,” an official PAEW statement read.
The PAEW added that sufficient water supply to residents of Barka and other regions was their primary concern. “The committee also continues to implement appropriate measures to maintain the continuity of water supply in the governorates that are supplied by desalination plants in the state of Barka. The situation is better now. The efficiency of the desalination plants and their contribution of water is undisturbed. There has been no shortage or interruption in water supply, so far,” the PAEW added.
It further called upon people to use water judiciously. “As the main emergency committee of PAEW continues to monitor the coast off Barka, it urges people in Seeb and Al Dakhiliya governorate to rationalise water consumption,” the PAEW added.