Merkel to give prominent critic Spahn a cabinet job 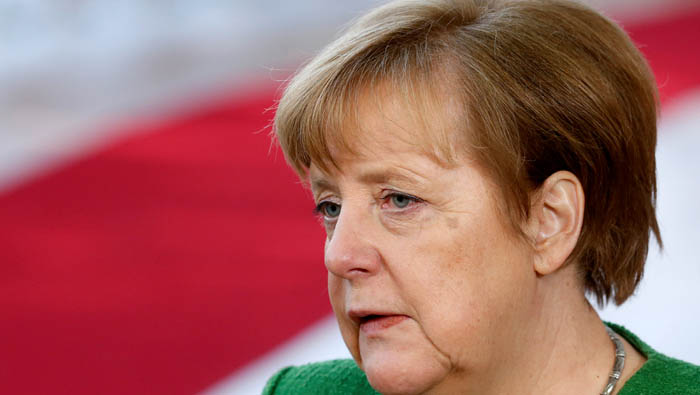 Berlin: German Chancellor Angela Merkel will promote her most prominent critic from within her conservative party, Jens Spahn, to the cabinet, provided a coalition with the Social Democrats (SPD) goes ahead, a party source told Reuters on Sunday.
Merkel, pinning her hopes for a fourth term on securing a "grand coalition" with the Social Democrats (SPD), is due to announce her choice of six cabinet ministers from her own Christian Democrats (CDU) later on Sunday.
Although leaders have agreed a coalition deal, they still need the blessing of their parties and approval from SPD members is far from certain. Giving Spahn the post of health minister is a sign that Merkel is keen to assuage her critics who want new blood and a fresh direction.
Spahn sharply criticised Merkel's open-door migrant policy and is seen as a champion of the party's right.
The 37-year old has been a deputy finance minister since 2015 and prior to that he was a health expert in the party.
Although the appointment reflects her weakness, some commentators also say it is a shrewd move to include her main critic in the cabinet to keep him on board.
The party source confirmed a report in Bild am Sonntag weekly which also reported Merkel had, as expected, decided to put long-standing ally Peter Altmaier in charge of the economy ministry, charged with expanding broadband across the country.
The paper also said Ursula von der Leyen, once tipped as a possible successor to Merkel, would remain defence minister.
It also reported that senior CDU figure Julia Kloeckner will take over as agriculture minister.
The party source could not confirm or deny those posts.
After 12 years as chancellor and almost 18 years as CDU chief, Merkel's authority is starting to wane.
Her conservative bloc, which includes Bavaria's Christian Social Union (CSU), scored their worst result since 1949 in a September election after bleeding support to the far-right Alternative for Germany (AfD).
In a further blow, she failed to agree on a coalition deal with two smaller parties, forcing her to turn to the Social Democrats with whom she had shared power from 2013 to 2017.
A reluctant partner, having seen support fall to its lowest since World War Two, the SPD agreed on a deal which party members have to vote on. The result of the postal ballot is due on March 4 and is unclear although there are some signs that members will approve the deal.
If members vote "no" to the deal, the most likely outcome is a new election or possibly a minority government.
Some analysts say the prospect of a new election will spur SPD members into voting 'yes' because they have slumped further in opinion polls.
An Emnid poll on Sunday showed the SPD down two points from a week ago at 17 per cent.
In response to growing rumblings in her party about her future, Merkel has promised to "renew" her government and make it younger.
She took a big step to grooming a successor last week by nominating ally Annegret Kramp-Karrenbauer, premier of the tiny western Saarland state, to take over as CDU general secretary.
CDU members meet on Monday and are expected to approve the coalition deal and also Kramp-Karrenbauer in her post.
The SPD and CSU are to announce their cabinet picks at a later date.