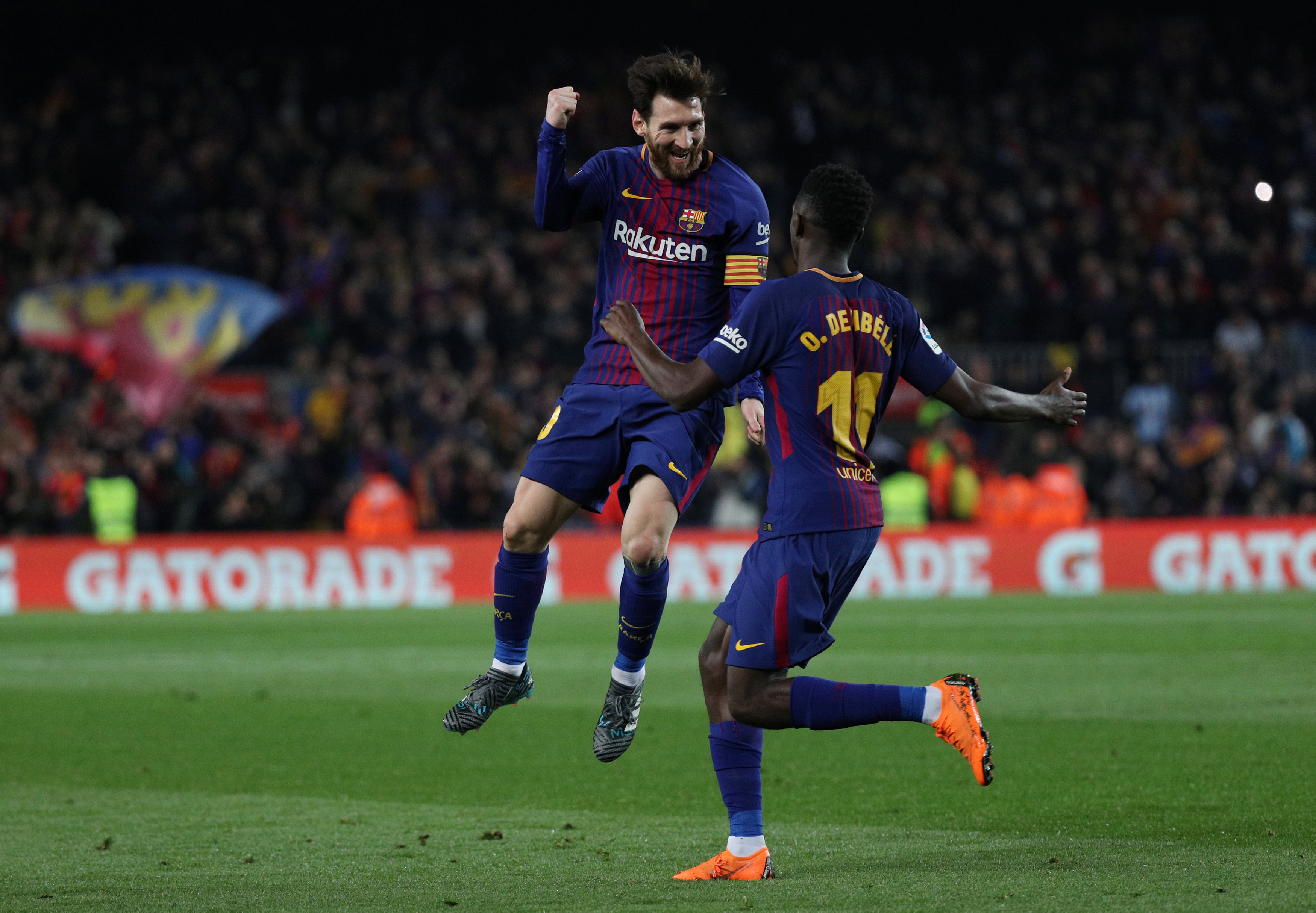 Barcelona: Lionel Messi's Barcelona teammates and coach Ernesto Valverde were singing his praises after the Argentine scored an inspired free kick where he sent the ball under the wall and into the net in their 6-1 thrashing of Girona on Saturday.
Messi had already given Barca a 2-1 lead after a mesmeric dribble from the byline but he pulled an altogether different trick from up his sleeve to score their third, hitting the ball straight across the floor and taking visiting goalkeeper Bono completely by surprise.
Barca have become used to Messi's spectacular strike rate from free-kicks but he had never before scored by hitting the ball under a defensive wall.
"He tricked us all with the goal, it's incredible how good he is, he seems to play better with every game," midfielder Philippe Coutinho told reporters.
Coutinho, who also mastered the under-the-wall free-kick while playing for former club Liverpool, netted a cracking first league goal for Barca in the second half while Luis Suarez hit a hat-trick.
Yet it was Messi who took the bulk of the praise for the mesmeric attacking display, in addition to wowing his team mates with his enterprising set-piece strike.
"It's difficult to get used to things like this. You think he has done everything and then he goes and surprises you like that," said coach Valverde.
"We were waiting to see how the wall would cope with him and then he goes and puts it under it. Then when you see it happen you think 'ah, of course.' Leo makes it look easy, but it isn't easy."
Barca midfielder Sergio Busquets added: "He always makes the difference, and that's what makes him the best player in the world and the best in football history."