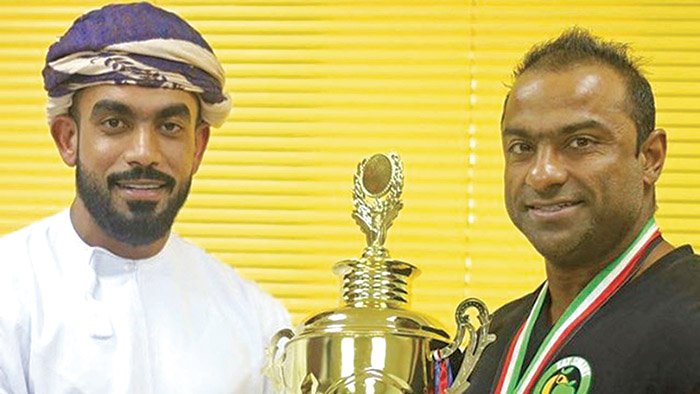 One of Oman’s stars, Haitham Sadiq Al Zadjali, who is also a member of the country’s bodybuilding national team, has hit yet another milestone in his professional career. He won the gold medal at a bodybuilding contest, 85kg category, in the Spanish city of Benidorm.
The national team player brought back the trophy to his people with pride and joy.
Haitham Sadiq has been on top of his game for years. He has won numerous awards on an international scale, and his physique boasts of a man with true dedication. Apart from his recent win in Spain, he won Mr Olympia for Amateurs in Kuwait, the Oman Championship, the Batal Al Abtal championship, Mr Olympia in Jordan, and Champion of Weight-85, to name a few.
With a total of 16 years of experience under his belt, he is looking forward to participating in more contests in the coming months.
**media[830192]**
Oman has quite a line-up of winners, who have managed to put the country on the global map in the bodybuilding industry. From Haji Shaaban’s two-medal victory in 2009 and 2010 and Bin Salim Al Harthy who brought medals from Brazil, to the national team winning four medals in Mongolia in 2017, as the bodybuilding culture grows, one can see the country achieving advanced results at world championships.
“We hope to see a good turnout of young people at such tournaments next year and to achieve good results and represent Oman in other countries,” Haitham Sadiq said.
The Oman Bodybuilding Commission is working on developing the game and its culture, and taking care of athletes to achieve honourable results that reflect the development of the sport in the Sultanate. Even after winning medals around the world, Omani champions are hungrier than ever, and in full anticipation mode for the next round.