Meet the cobblers of Oman 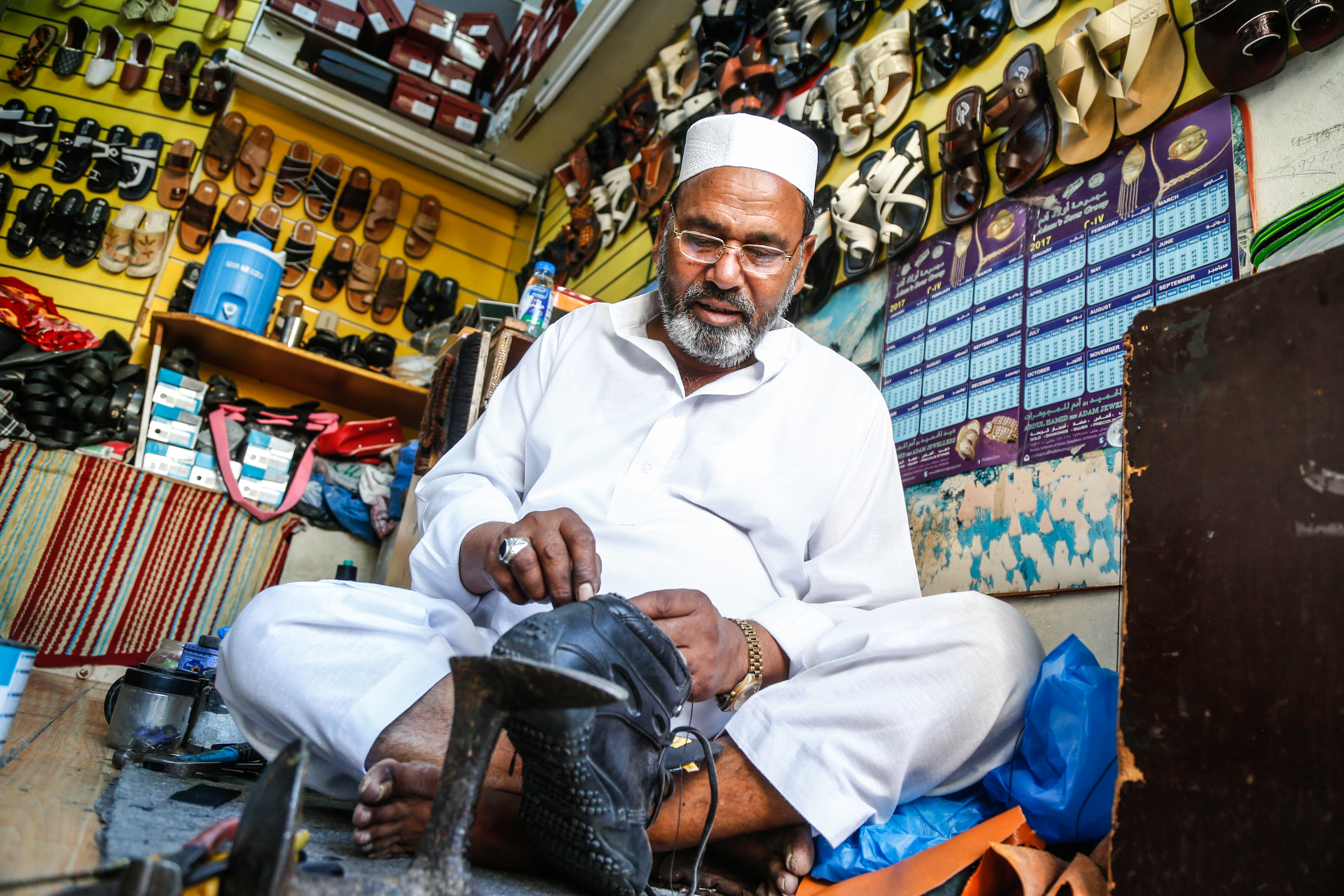 Do you remember the last time you took your torn shoes to a cobbler in town and he made them look as good as new? For most people, that memory is from a long time ago. Fast changing needs of people and easy availability of branded products have led to the vanishing of this community. Still, a handful of cobblers in Muscat are going strong, braving all changes and challenges, thanks to their passion and commitment towards their work.

In fact, a look at the cobblers in the capital reveals a sight that is a far cry from the old and marginalised profession that we think cobbling is. For footwear is still prone to wear and tear, and as long as there is demand for a certain kind of service, there will always be people ready to meet that demand.

While cobblers in Muscat aren’t flourishing, they certainly have found a way to survive and earn their daily bread. In an age of savvy shoe brands and e-shopping, shoe repairers have managed to stay relevant.
**media[829654]**
Cobblers first set up shop in the city in the 70s. This was when Oman first opened its doors to the outside world under His Majesty’s vision. During those days, many expatriates came to the Sultanate to make a living, including cobblers, most of whom were from Pakistan.

Some cobblers have been working here for more than 20 years now. They have seen many ups and downs. Besides repairing shoes, they also sell footwear, which makes them retailers of a kind. They said that since many expatriates left the city after 2014, it reduced the size of their market. This is bad news, especially for a person involved in a marginalised trade.

But the shoe repairers sounded optimistic. They said they have withstood the worst of the storm and they hoped and prayed for better days to follow soon. Some of them own their stalls, while others work for a fixed salary. They have set up shops across the city, mostly concentrated in Ruwi. Several of them can be found in Ruwi’s famous fish and meat market.

The shops were cramped but their busy occupants hardly noticed, as people lined up to get their broken things fixed, including not just footwear but bags, leather products and more.

Inside one such store, the smell of leather and glue hung heavy. Bundles of thread could be seen strewn around. We met Javed Iqbal, who shared stories of his trade and his life as he fixed a broken sandal. The burly man sported a thick moustache and was dressed in a brown “pathani” suit. Speaking in fluent Urdu, laced with a Punjabi accent, he tossed the sandal and told the customer: “That’ll be 200 baisa.”
**media[829655]**
Iqbal grew up in the Pakistani city of Sialkot and has been working at this particular stall for nearly eight years. “I make OMR80 a month. I manage most of the months. I, however, don’t own the stall. It belongs to a relative of mine. He takes OMR100 every month as rent,” he added.

Javed remarked that business was not consistent. “Sometimes I get OMR5 a day, sometimes OMR7. At other times, it might not even be OMR1,” he said.

Getting nostalgic about his home country, he fondly reminisced about things that it was famous for. “Sialkot is famous for all kinds of sports goods. Hockey sticks, cricket bats, football, are all manufactured in Sialkot,” he said.

He further said he felt sad most of the times for not being able to go home and see his family, owing to work and financial constraints. “I can fly to Pakistan only once every two or three years as flights are expensive. But that’s life,” he said.

Faiyaz Ahmed, another shoe repairer in town, came from Gujranwala district of Punjab province in Pakistan. Unlike Iqbal, he was a newcomer and had been here for only 10 months.

The young frail man said his father, who stayed here, helped him a lot in setting up his business. Despite the news that the shoe repairing business wasn't doing well here, he said he chose to come as he did not want to miss an opportunity. He was hopeful that things would work out for him soon.
**media[829656]**
“I know things are bad now, but slowly, business is picking up. I am sure it will get better. If one sees bad days, then good days will also be right around the corner,” he said with a smile.

Ahmed further said he managed to earn enough to pay rent and save some for his own expenses. “I earn between OMR60 and OMR70 but I have to pay OMR50 as rent. Since I have the financial support of my father, I am less stressed. He also supports me morally,” he said, wiping the sweat off his nose.

We walked out of these shops with the realisation that no matter what the difficulties were, cobblers of Muscat remained optimistic. So, even as the traditional shoe making industry faces extinction worldwide, these hardworking men in town with their sheer determination will continue to survive against all odds.