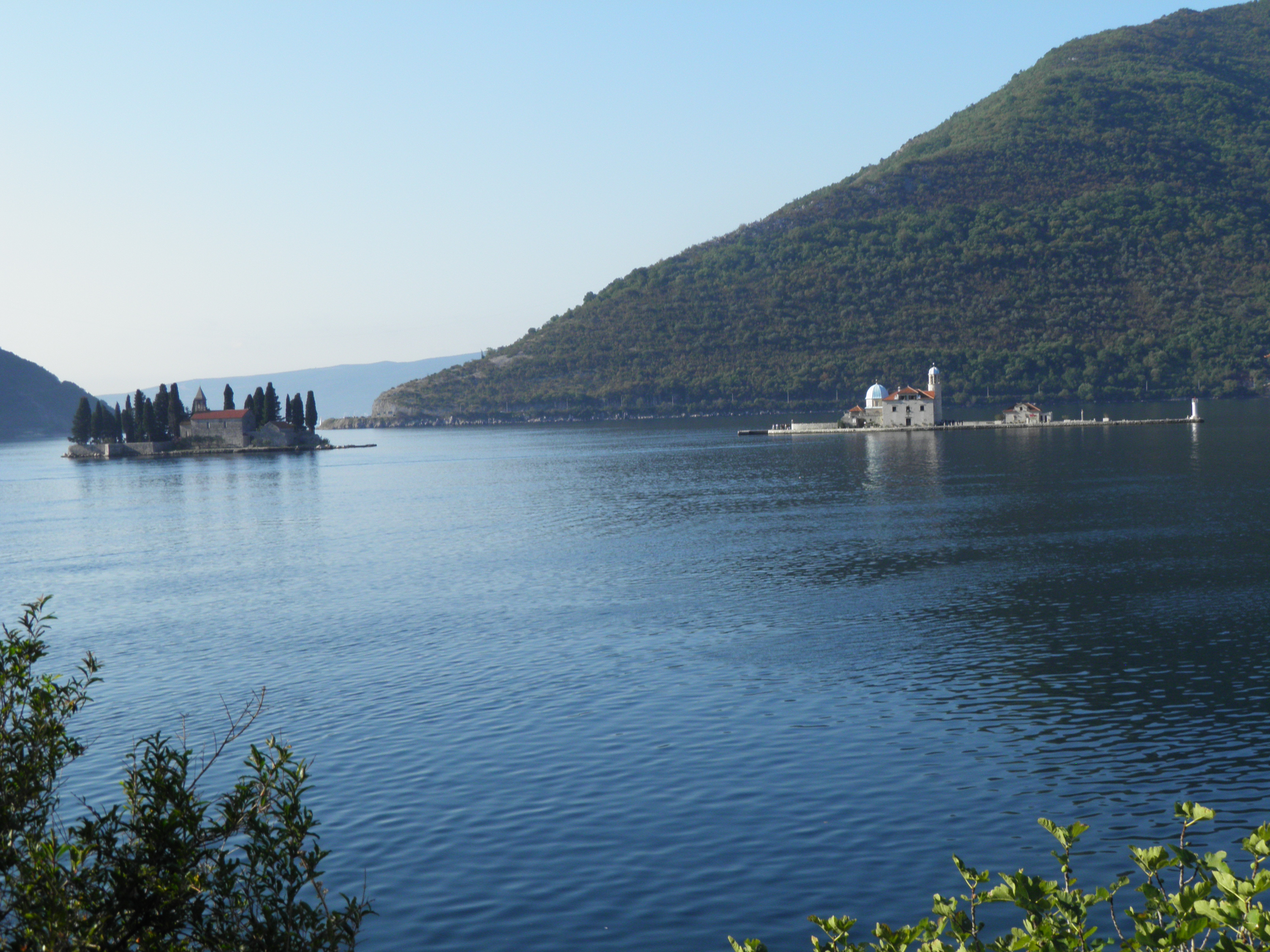 Carved from former Yugoslavia, the Western Balkans span the entire Dalmatian Coast, sharing boundaries with Romania and Bulgaria in the east and with Austria and Hungary in the north.

During the troubled 90s, the Balkans were unfortunately known for tragedies stemming from ethnic complexities. With time, however, the discords started diluting and compatibility increased. With Marija Šerifović winning the Eurovision Song Contest in 2007 and the 2008 edition coming to Belgrade, an entire spectrum of regional friendliness finally amalgamated.

Yugoslavia was a combination of the Slavic word “jugo”,meaning south, and “Slaveni”, referring to the Slavs. It was a country for people speaking the south Slavic languages, such as Serbian, Croatian, Bosnian, Slovene and Macedonian, as opposed to other Slavic nations of the north, notably Poland,Czech and Russia.

After World War I, a conglomerate was formed and named the “Kingdom of Serbs, Croats and Slovenes”, in which there existed a sub-blending within the Serbs from the areas of the Austro-Hungarian Empire, with the independent kingdom of Serbia. The Serbian Royal House of Karađorđević was re-anointed as the Yugoslav royal dynasty.
**media[829648]**
After World War II, however, with the abolition of the monarchy and the formation of a communist government under the towering leadership of Josip Broz Tito, the country was renamed the Federal People’s Republic of Yugoslavia, with a constituent of six Socialist Republics (Bosnia and Herzegovina, Croatia, Macedonia, Montenegro, Slovenia, and Serbia, which again contained two autonomous Socialist Republics of Vojvodinad and Kosovo).

Moreover, the territories of Istria, Zadar, and Rijeka were integrated into it from Italy. The country was renamed in 1963 as the Socialist Federal Republic of Yugoslavia, a name it held on to till the disintegration started in the end of the 80s.

Tito’s unfortunate passing away in 1980 paved the way for a collective Presidency, with the migration of power from the federal government to republics and autonomous bodies. The cusp of the 80s and 90s was a time for tumultuous upheavals.More so, since Tito had broken off from Joseph Stalin, and the disintegration of the USSR had become imminent. The absence of the Soviet threat removed a powerful impetus for the necessity of unity in Yugoslavia.

Taking advantage of a weakened central government,Slobodan Milosevic fermented trouble in the surrounding republics, while trying to establish his Presidential position at home. But non-communist players took control of the legislatives in Croatia and Slovenia, and the script started evolving rapidly. Though the Yugoslav Army (JNA) tried to intervene, they withdrew in a short while and Slovenia became the first country to be sovereign.

But in Croatia, the JNA favouring the Croatian Serbs left the country devastated, with thousands killed and many more displaced. Macedonia and Bosnia screamed for independence as well. A US peacekeeping force at the border of Serbia and Macedonia ensured there was no conflict, but Bosnia was living a gory tale.

Within four years, an ethnic conflict arose with an intensity that Europe had not witnessed since World War II. After the loss of thousands of lives with millions left homeless and countless maimed, Bosnia became a free country. The Albanian majority population in Kosovo ensured that Kosovo moved away from the conglomerate as well. The last breakaway was Montenegro.
**media[829649]**
Meanwhile, justice upheld the crimes of Slobodan Milosevic and Ratko Mladić. Finally, from a single Yugoslavia, seven sovereign countries emerged.

Croatia
The jewel of the Western Balkans has Dubrovnik at the bottom end, and is the best place to visit other countries. Old Dubrovnik is a picture postcard town. Soak in the ambience,walk the alleys, waltz the ramparts, indulge in local beverages and cuisine, ferry down to the island of Lokrum, or do nothing at all and watch the world pass by: the options are numerous. Spit, Zadar, Rijeka are enchanting places to visit. The Adriatic Coast that outlines the entire stretch of Croatia in the west is tragically the most underrated and possibly the best coast one could come by.

Bosnia & Herzegovina
Being on the crossroads where the Byzantines from the east met with the Romans of the west, it has a merry mix of cultures and traditions. The Ottomans built astounding bridges over mountainous rivers in Bosnia and many of them have become absolute tourist attractions.

On the way to Mostar, stop at Medujorge. A catholic pilgrimage centre since the Virgin Mary appeared on the Apparition Hill in 1981, it is adorned by a wonderful church. Further up, Mostar has an old bridge or Stari Most, built by the Ottomans over the river Neretva, which has become iconic and generic to the town itself. Diving from the bridge into the cold water of Neretva is a traditional sport and attracts a lot of skilled divers. The quaint town of Mostar has turned the ethnic conflict of the previous decades into commerce, and remnants of the war are sold as souvenirs, including shells of grenades, bullets and parts of exploded landmines.

Serbia
The capital Belgrade on the banks of river Danube remains home to inventor Nikola Tesla. The city also houses major vestiges of Communist era architecture and the Belgrade fortress that hosted the Roman, Byzantine and Ottoman empires. It is not just the vibrant Belgrade with her pulsating nightlife that signifies Serbia, but cities such as Novi Sad, Niš and Zemun are no less captivating. Lepenski Vir, Gamzigrad, and Studenicva have history interwoven into them, while nature lovers can get their fill at the National Parks, Zaovine,or even in the caves of Resavska Pećina.

Montenegro
Budva, Bay of Kotor, Sveti Stevan, all these crowd the Adriatic coastline of Montenegro and are absolute wonders and a far cry from the comparatively placid capital Sarajevo. Budva is the party capital of the Balkans and the nightlife here is eclectic. The Venetian-built stone walls around the medieval town of Stari Grad are amazing to wander around and the beaches are exciting. Just a few miles away is the small islet of Sveti Stefan. Once a playground of the rich, it is an exclusive property of the Russians now. The Bay of Kotor will keep you hunting for superlatives. The Bay has apparently been inhabited since antiquity and spending a few days to explore the area is simply delightful.

Kosovo, Macedonia, and Slovenia
Kosovo is still licking its birth wounds and though it has incredible trekking spots in the Sharr and Kapaonik mountains, it is yet to develop its latent tourism potential.Macedonia’s biggest attraction is Lake Ohrid in the south. Capital Skopje is a charming, neat city with a Grand Old Bazaar quarter and Ottoman houses-turned-museums,including the National gallery of Macedonia, which was a Turkish bathhouse many centuries ago.

Slovenia is a heaven for ski enthusiasts. The Julian Alps are home to many ski towns such as Vogel, Kranjska Gora or Kanin. They are easy to access and the pistes are rather uncrowded. But that does not diminish the beauty of the church-topped isle of Lake Bled or the medieval castles in Ljubljana, where architecture is an eclectic mix of baroque and modern.

*With a transit in Dubai, Fly Dubai, flies from Muscat to all the major cities in the Western Balkans. Flying time is about 8 hours, with a lay over of an hour or two included.