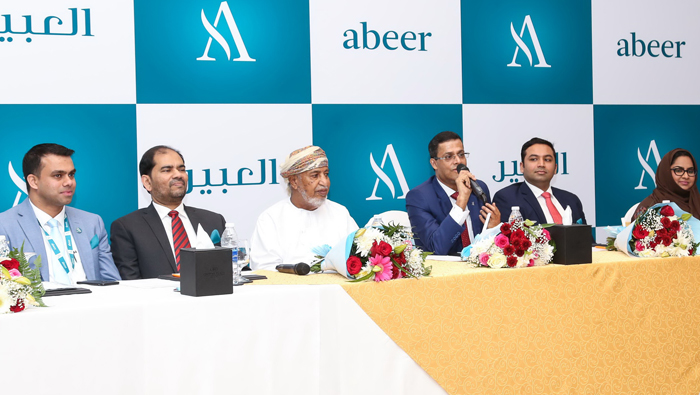 Muscat: Abeer Medical Group had a soft launch of its first hospital at Ruwi, Muscat marking its entry to the Sultanate of Oman.
Abeer Hospital in Ruwi High Street is a multispecialty modern medical facility. The hospital which is a 100-bed facility in its full capacity utilisation offers dedicated parking and valet parking facilities for the patients.
Arguably the fastest growing healthcare network in the Middle East, Abeer Medical Group has established its presence in Saudi Arabia, Qatar, UAE, Kuwait, India and Oman. Abeer is known for its quality and affordable healthcare. Abeer Medical Group is holding and operating six hospitals and 25 medical centres across GCC and India. The healthcare facilities are top-notch medical centres and hospitals catering to the healthcare needs of many million people every year.
“We as a group strive for excellence in healthcare delivery and the very essence of the thought is ingrained in the culture and DNA of Abeer. The growth and expansion have only increased our commitment to our core values and vision,” commented Alungal Mohammed, president - Abeer Group on the launch of the new hospital.
According to Jabir Valiyakath, vice president – Finance & International Business, Abeer has a clearly defined strategy of expanding to new territories in the Mena region, which is an extremely attractive prospect. Growth in the healthcare sector in this region is driven by population growth, ageing, demographics, increase in lifestyle diseases, mandatory health insurance regulations and a move towards medical tourism.
The Abeer Hospital at Ruwi, the first venture in the Sultanate is a multispecialty medical institution providing cutting-edge technology, world-class infrastructure, offering services at affordable cost.
“It is important to provide safe and comfortable healing space for better clinical outcomes,” remarked Dr Jemshith Ahmed, vice president - Strategy & Planning, Abeer Medical Group on the superior inpatient rooms.
“We take his opportunity to acknowledge the visionary leadership of the rulers of the nation, the support from the ministries and public which has been the impetus to the project and the future plans of Abeer in Oman,” remarked Jayan K., vice president.
“Abeer Hospital, Ruwi Muscat would benefit from the large reservoir of clinical talent within the group and it is our goal to make a positive contribution to the healthcare sector in Oman, said Jamsheer Hamza, director - Operations, Oman.”