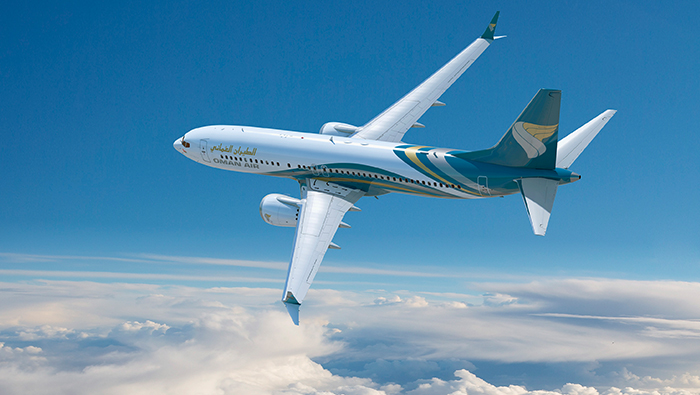 Muscat: Oman Air, the national carrier for the Sultanate of Oman, is launching three new routes this year to Istanbul, Turkey in June, Casablanca, Morocco in July, and Moscow, Russia in October.
While Istanbul and Moscow will be served by Oman Air’s Boeing 737-800, Casablanca will be served by 787-8.
The new flight to Istanbul will launch on June 1. Flight WY163 will depart Muscat daily at 8:00 pm, arriving in Istanbul at 12:25 am. The return flight WY164 will depart Istanbul each day at 1:25 am, arriving in Muscat at 7:25 pm. The flight duration is approximately 5 hours and 25 minutes.
The new Casablanca flight will start on July 1, and will be the only non-stop service to Casablanca from Oman. Flight WY171 will depart Muscat four times per week at 1:20 am, arriving in Casablanca at 7:10 am. The return flight WY172 will depart Casablanca at 08.20, arriving in Muscat at 19.15. The flight duration is approximately eight hours and 50 minutes, though the return flight from Casablanca will be shorter by approximately an hour.
Moscow will be launched during the Winter Schedule 2018. The direct flight will be operated daily and it will be the only non-stop operation between Oman and Russia.
Oman Air is currently undergoing a fleet and network expansion programme, which will see the airline operate up to 62 aircraft to around 60 destinations by 2022.