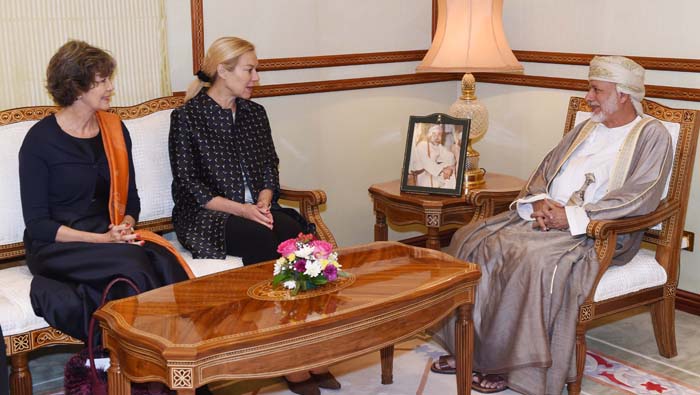 Muscat: Yousuf bin Alawi bin Abdullah, Minister Responsible for Foreign Affairs received yesterday Sigrid Kaag, Minister for Foreign Trade and Development Cooperation and Acting Foreign Minister of the Kingdom of the Netherlands, within the framework of her current official visit to the region.
The meeting exchanged viewpoint on a number of current regional and international issues of common concern, particularly the latest developments in the region.
The two sides expressed the two countries' keenness to continue supporting the efforts to resolve issues and contain crises through peaceful means in a bid to achieve the international security, peace and stability.
The meeting reviewed march of the ancient relations binding the two friendly countries and means of enhancing the existing cooperation in various areas, particularly the sectors of logistics transport, fossil energy, clean energy, tourism, human development and water management.
The meeting was attended by Sayyid Badr bin Hamad bin Hamoud Al-Busaidi, Secretary General of the Foreign Ministry, a number of officials at the Foreign Ministry, appointed-ambassador of the Netherlands to the Sultanate and the delegation accompanying the guest.