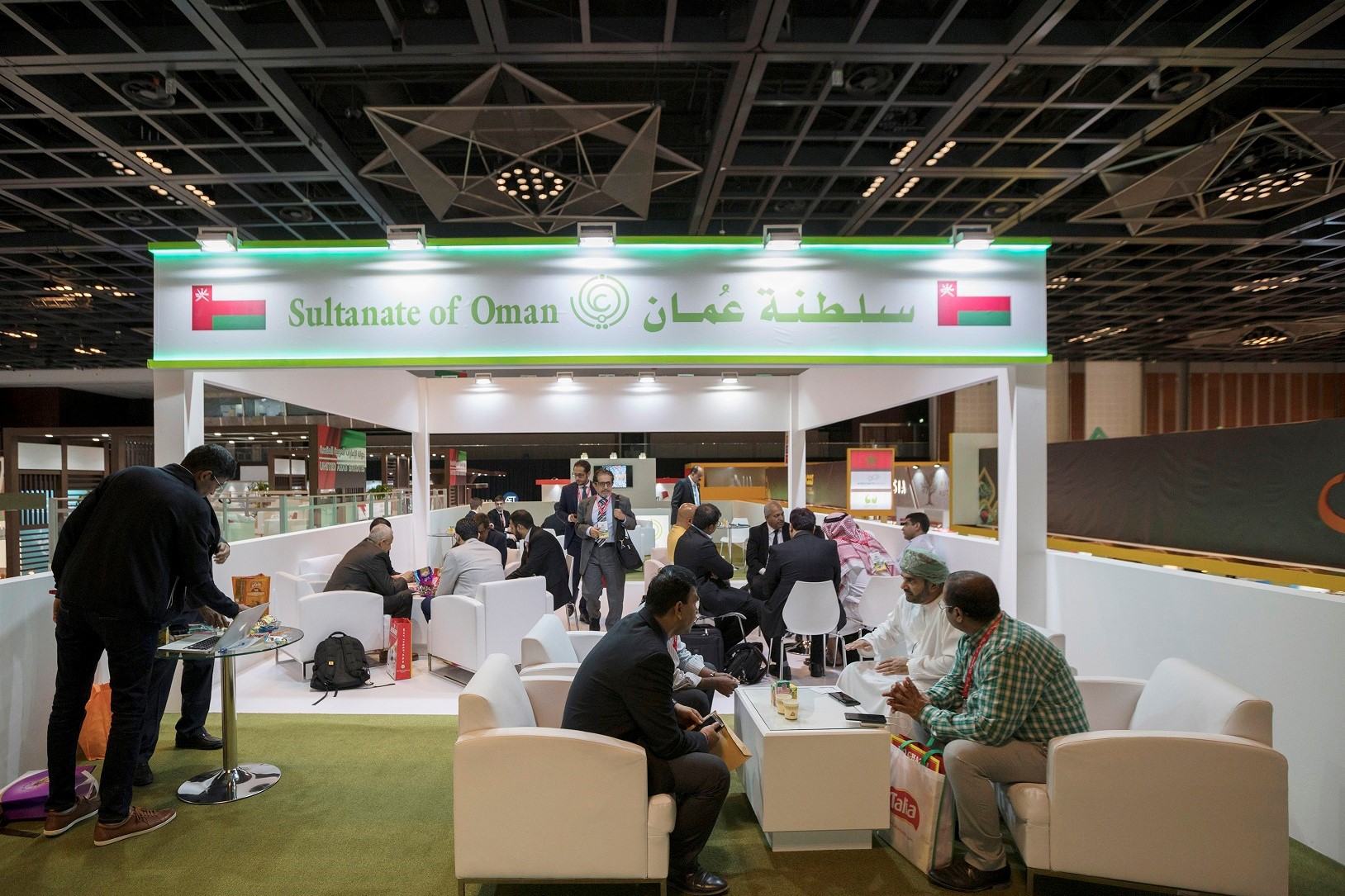 Muscat: The pavilion of the Public Establishment for Industrial Estates (PEIE) at the annual food and hospitality fair, Gulfood 2018, in Dubai, has been receiving significant feedback from international investors, business owners, producers, and those interested in the food industry. Omani companies participating under the umbrella of PEIE have received demands for export, new contract deals and renewed existing deals.
The growing popularity of the Sultanate’s pavilion at Gulfood 2018 is a clear indication of the reputation enjoyed by quality Omani products at regional and international levels, Hamood Al Balushi, director of Omani Products’ Department at PEIE’s Directorate General of Marketing and Media, said.
“It is vital for Omani firms to be present at platforms such as Gulfood, where more than 5,000 regional and international companies are participating. This kind of participation can play a role in developing production lines in factories and boosting exports to current and potential markets, which will eventually reflect in the increasing contribution of the industrial sector in the Sultanate’s GDP and more job opportunities for national cadres,” Al Balushi said.
He added that PEIE was focusing on participating in various international events, while remarking that PEIE had recently participated in the International Fair of Khartoum and will soon take part, for the first time, in the Kuwait International Agro Food Expo in March. Further, PEIE will take part in the Malaysia International Halal Showcase in April.
Officials representing various Omani companies emphasised the role played by such specialised exhibitions in promoting Omani products to the widest segments. Ayman Al Hasani, chairman of Omani Products Exhibitions (Opex) Organising Committee and Director General of Modern Dairy Factory, commented that Gulfood was one of the largest annual food and hospitality events in the world and received a great turnout from different segments of the international economic community.
“The Omani pavilion at this fair is getting more popular year after year as demand for Omani products is increasing. This has been noted by the continuing rise in export ratios,” Al Hasani said.
He further said the exhibition industry has become important for growth and development of companies. “Omani firms have to concentrate on participating in exhibitions in order to compete in internal and external markets. This year, Opex will be organised in Kenya taking into account that Africa remains one of the promising markets,” he noted.
Ziad Al Wahaibi, sales officer at Dhofar Cattle Feed Company, said participation in Gulfood saved time, while reaching the widest target and exploring new markets for a company’s products.
Malallah Al Hamadani, marketing director at Oman Foodstuff Factory LLC (Al Mudhish), said his factory received business demands during the first days of the exhibition. “We have received new demands for our products and proposals for new deals, while renewing the existing deals. We usually receive offers, start the process of sorting and studying them, and finally proceed with the ones that are in line with the factory's trends,” Al Hamadani said.
Mohamed Al Balushi, assistant sales and marketing manager, Areej Vegetable Oils and Derivatives, said: “Taking into consideration that Gulfood presents a global platform for the gathering of international companies involved in the food industry, Areej Vegetable Oils and Derivatives makes sure to be a part of the event. In fact, the event offers us with an opportunity to meet investors and business owners and to eventually develop our business relations and the company’s future plans to expand within the Sultanate and abroad.”