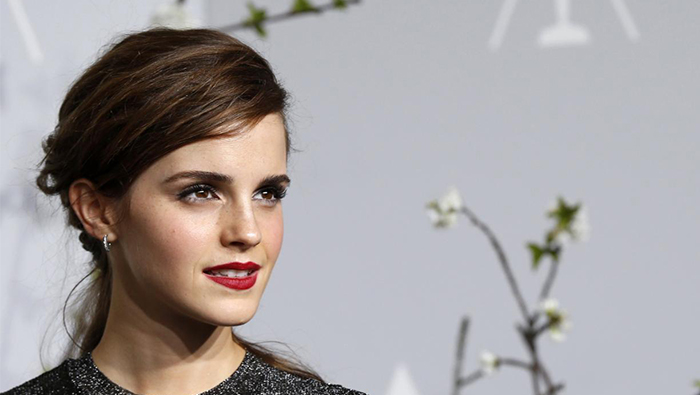 London: A crowdfunding campaign to fight sexual harassment has raised almost 1.6 million pounds ($2.2 million), a day after the fund was spotlighted at Britain's prestigious BAFTA film awards.
Harry Potter star Emma Watson donated 1 million pounds to the UK Justice and Equality Fund which has received more than 300 donations in two days - ranging from just a few pounds to two anonymous contributions of 400,000 and 100,000 pounds.
"We are delighted with the reaction that we've had ... it just goes to show that people are really looking for this change," Seyi Newell, a spokeswoman for Rosa, the women's rights group behind the campaign, told the Thomson Reuters Foundation.
The fund was launched ahead of the British Academy of Film and Television Arts (BAFTA) awards, where the campaign for women's rights in the entertainment industry took centre stage.
In an open letter published on Sunday in British newspaper The Observer, more than 200 actresses, including Oscar winners Emma Thompson and Kate Winslet, called for sexual harassment and abuse to be rooted out from the industry.
"In the very near past, we lived in a world where sexual harassment was an uncomfortable joke; an unavoidable, awkward part of being a girl or a woman," the letter read.
"In 2018, we seem to have woken up in a world ripe for change. If we truly embrace this moment, a line in the sand will turn to stone," it added.
The fund, which will support organisations that help victims of harassment and abuse, received donations from numerous actors, including Keira Knightley and Tom Hiddleston - who gave 10,000 pounds each.
"One concrete way this movement is trying to make a difference is by fundraising for frontline agencies that support women and others that have suffered harassment and abuse," Knightley said in a statement.
"Many of these organisations are woefully underfunded and we want to help fund their vital work," added Kate Kinninmont, who heads the Women in Film & Television UK group.
Award-winning director Susanna White called for the establishment of an independent body to deal with reports of harassment and bullying in the entertainment sector.
The initiative comes after a slew of allegations of sexual misconduct against Hollywood mogul Harvey Weinstein last year sparked the #MeToo campaign, with women and men using social media to share their experiences of harassment.
At Sunday's BAFTA awards in London many of the female attendees wore black outfits in a gesture of protest, mirroring last month's Golden Globes awards ceremony in Los Angeles.
Both male and female attendees sported badges name-checking the "Time's Up" campaign against sexual harassment.