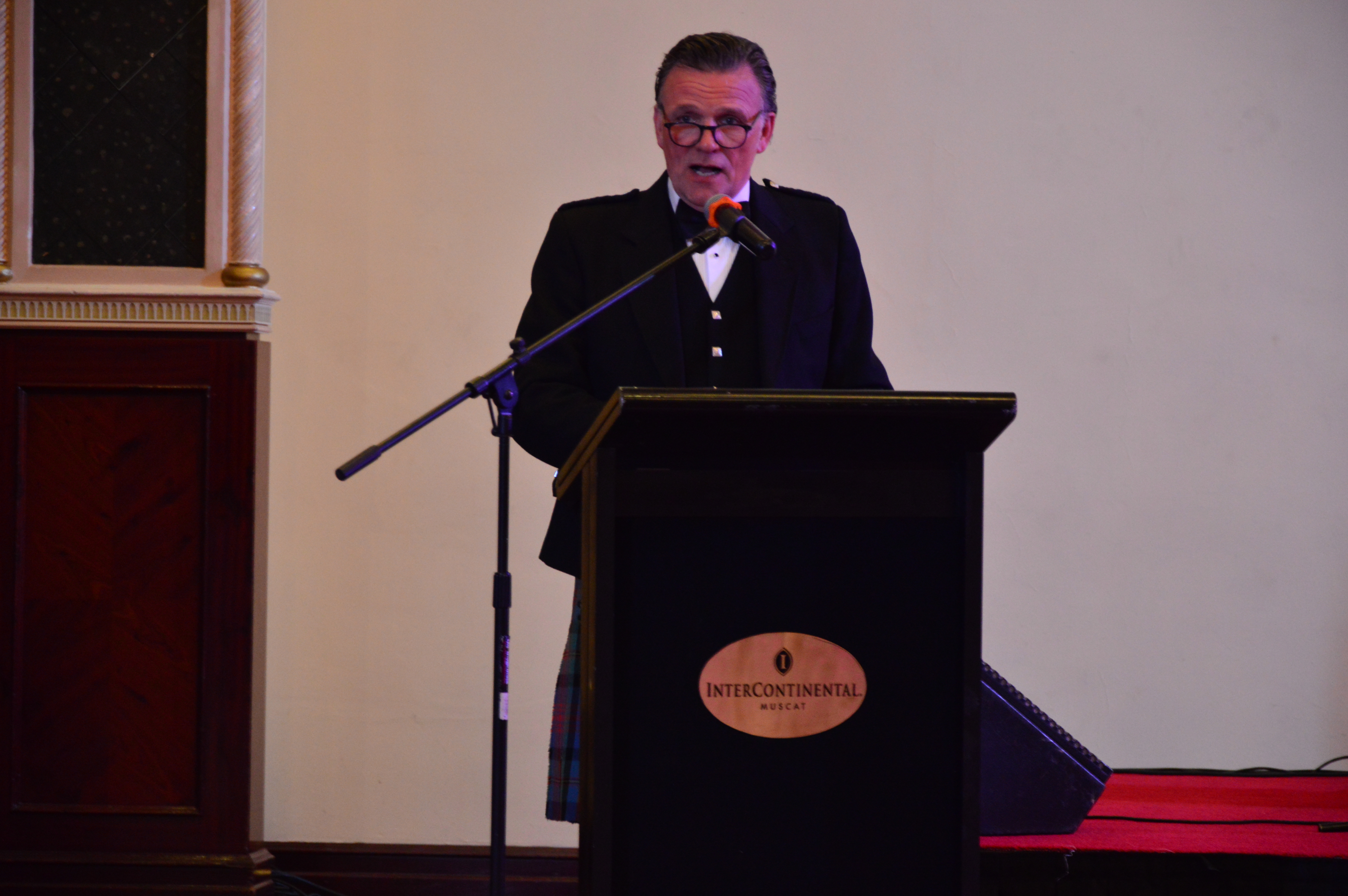 The Caledonian Society of Oman recently organised the annual Burns Supper, an event that is held around the world to pay tribute to the life and legacy of Scotland’s national bard, Robert Burns. The event was held at InterContinental in Qurum and was attended by several dignitaries. The origin of the Burns Supper can be traced back to the year 1801, when nine friends of the poet gathered in his home in Alloway, Scotland, to commemorate the fifth anniversary of his death.
Burns was a living legend in his lifetime, hailed as a pioneer of the romantic movement and author of many poems and ballads including Auld Lang Syne, one of the most popular songs in the world. The celebration was later taken beyond the poet’s homeland by Scottish migrant communities. Here in Muscat the event started with the traditional Selkirk Grace, a prayer recited by Forbes Clow. In his rendition of the ‘Immortal Memory of Robert Burns’, George Craig of Caledonian Society of Oman spoke about the influence of Burns on contemporary culture today. He remembered how Bob Dylan called Burns his greatest inspiration. American literary icon John Steinback was influenced by Burns, as he named his classic book ‘Of Mice and Men’ after the first line of the poem 'To A Mouse'. The eevning also saw recitals of ‘A Red Red Rose’ and ‘A Man’s A Man and All That’ along with a series of folk songs and Scottish dances. —[email protected]