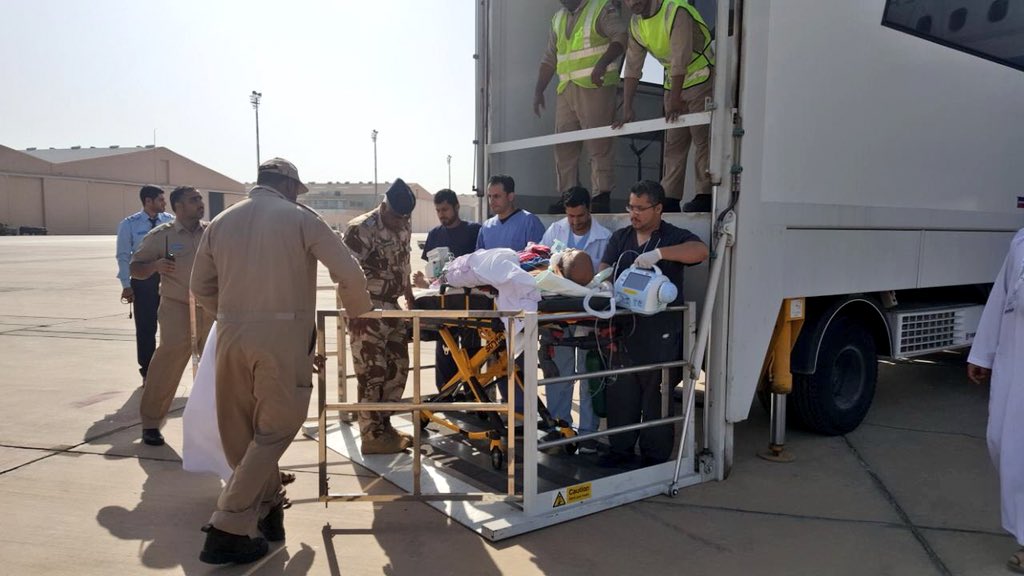 “Two patients, in addition to seven of their family members, were airlifted by the Royal Air Force of Oman accompanied by the national medical team,” the Ministry of Health reported.

“The ministry coordinated with the Royal Hospital and Khoula hospital to provide equipment for the transfer and reception of the patients,” it added.

The effort was launched in collaboration with the Royal Air Force of Oman and the Embassy of the Sultanate in Saudi Arabia. The medical team consisted of doctors and nurses from the Royal, Khoula, Sohar and Rustaq Hospitals.