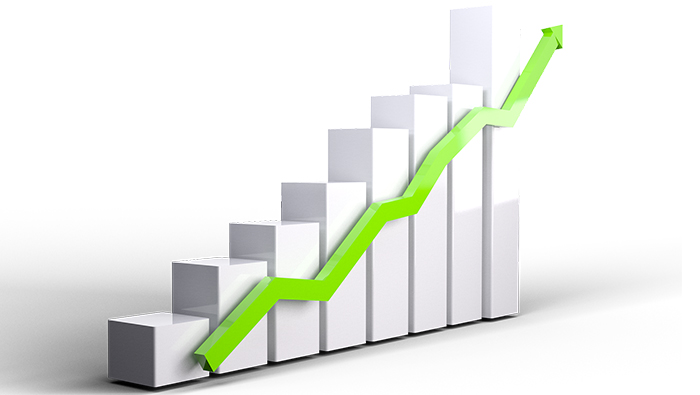 London: The UK's top share index pushed higher on Thursday as a rally among stocks exposed to South Africa as well as banks and miners helped the FTSE in the early stages of a recovery.
The blue chip FTSE 100 was up 0.7 per cent at 7,263.77 points by 1006 GMT, while mid caps gained 1 per cent.
Thursday was set to be the second day of gains in a row for the FTSE, as the index licked its wounds following last week's hefty sell-off.
Sectors more sensitive to the economic cycle, such as financials and materials stocks, added the most points to the index, while companies with exposure to South Africa were among the biggest gainers as the rand held near a three-year high after President Jacob Zuma resigned.
Shares in South Africa-exposed financial services group Old Mutual and miner Anglo American rose 4.8 per cent and 3 per cent respectively, while paper and packaging company Mondi advanced 3.5 per cent.
"Predominantly it is a forex play for the moment," said Henry Croft, research analyst at Accendo Markets.
"But then for the longer-term, playing South Africa, I imagine companies will be looking at whether the new government might be more business-friendly," Croft added.
While the majority of UK stocks were in positive territory, shares in insurer and asset manager Standard Life Aberdeen dropped around 5 percent, hitting a 10-month low after Lloyds and Scottish Widows axed a 100 billion pound ($140.21 billion) asset management mandate with the firm.
"This is a blow for Standard Life Aberdeen, but has been on the cards ever since the merger," Laith Khalaf, senior analyst at Hargreaves Lansdown, said, referring to the merger between Standard Life and Aberdeen Asset Management.
"Standard Life and Scottish Widows are long standing rivals, and the prospect of one group managing the fund range of the other was never going to sit entirely comfortably in the corridors of power in Edinburgh," Khalaf added.
Shares in big UK defensive firms were also among the biggest fallers, with AstraZeneca, Severn Trent and United Utilities all down 1.6 per cent to 2.2 percent.
Stocks falling in this category, sometimes known as 'bond proxies', have come under pressure as bond yields have risen, denting the relative appeal of their dividend streams.
Shares in professional information group RELX were also among fallers, down 3.7 per cent after the Anglo-Dutch firm reported full-year earnings and said that it would simplify its corporate structure into a single company.
Outside of the blue chips, shares in drugmaker Indivior dropped 8.8 per cent to the bottom of the mid cap index after saying that it had increased provisions for investigative and antitrust litigation matters to $438 million.
At the opposite end of the index medical devices maker ConvaTec jumped 5.5 per cent after reporting full-year earnings.