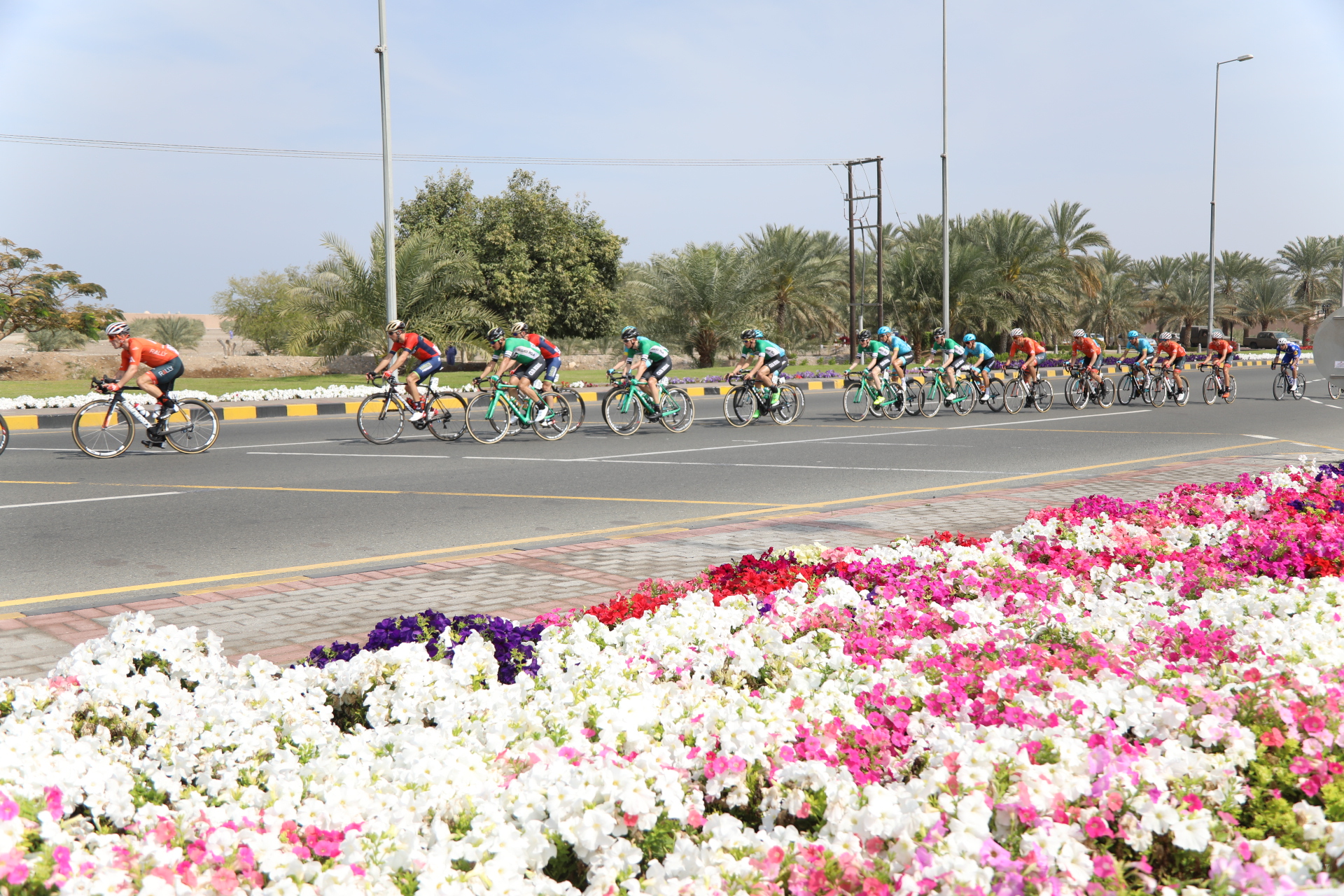 Muscat: Tears of joy could be seen in Nathan Haas’ eyes as the Australian claimed his first victory with his Katusha-Alpecin kit on Wednesday, at the end of an action-packed second stage of the Tour of Oman.
After 167.5km of racing from Sultan Qaboos University to Al Bustan, Haas made the most of his explosive abilities to win ahead of the Olympic champion Greg Van Avermaet of BMC Racing Team and Alexey Lutsenko of Astana.
**media[825618]**
The challenges lying ahead, with four categorised climbs, attracted many attackers. It took 5km of battle for four of them to break away from the bunch: Loic Chetout (Cofidis, Solutions credits), Markel Irizar (Trek-Segafredo), Fabricio Ferrari (Caja Rural-Seguros RGA) and Danny Pate (Rally Cycling).
At km 17, their lead reached four minutes. It never got higher.
As the attackers tackled the first climb of the day, at Fanja (km 60), the gap had stabilised around three minutes. More than enough for Loic Chetout to snatch the points at the summit.
The Frenchman repeated the feat atop the climbs of Al Jabal street (km 118.5km) and Al Hamriyah (km 145), en route to claiming the golden jersey as leader of the most aggressive rider classification. The attackers gave their all in the final part of the stage, the most demanding.
**media[825617]**
But Spanish race veteran Markel Irizar was finally caught in the climb of Al Jissah, with only 5km to go. BMC Racing Team and Astana Pro Team were then the most active teams at the front of the pack. They couldn’t fend off Nathan Haas as he went for his first victory since August 2016.
The 179.5km third stage of the six-stage race takes place on Thursday from German University of Technology to Wadi Dayqah Dam.