Morocco: It's not just about leather 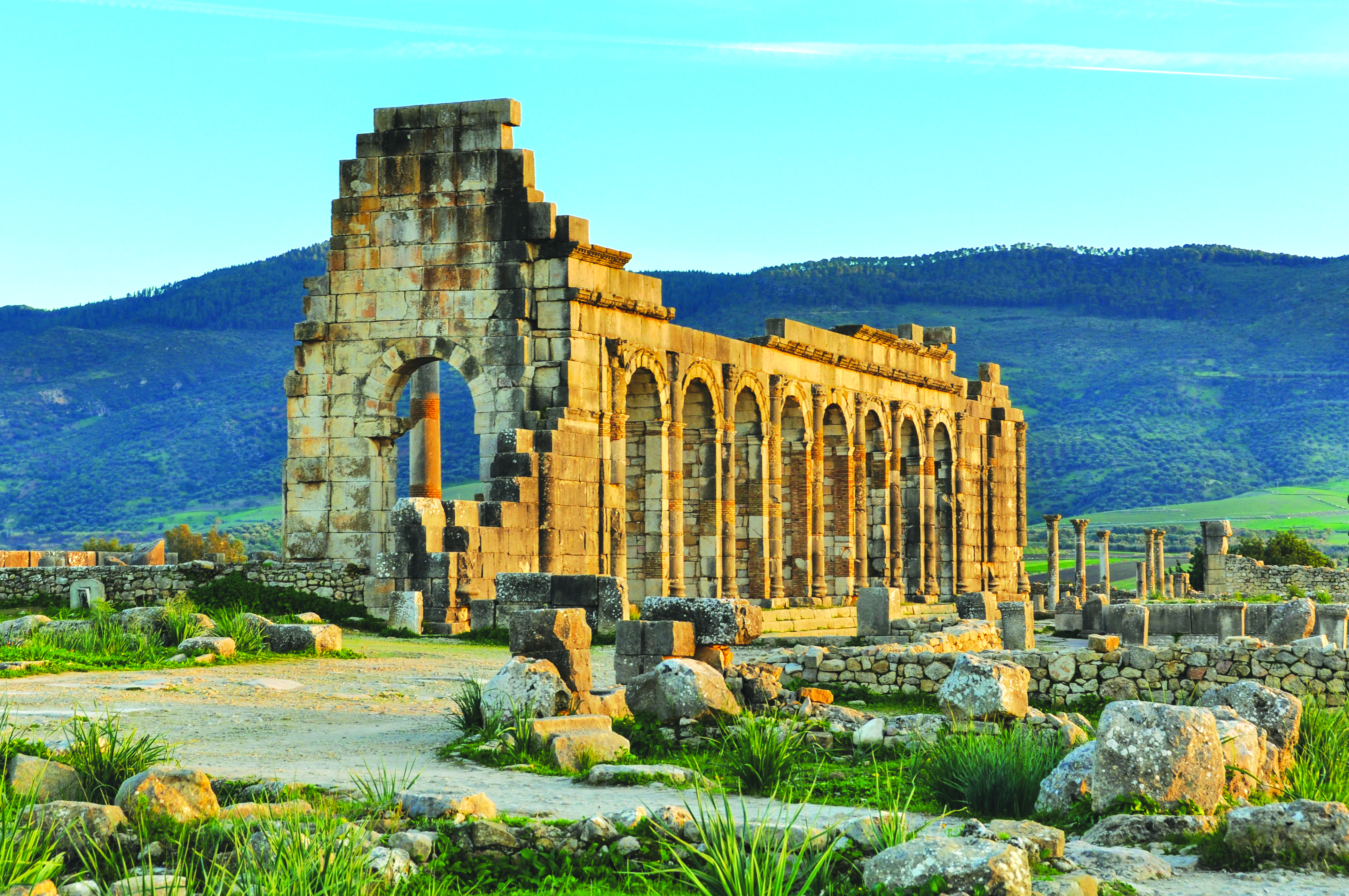 The Kingdom of Morocco, the most westerly of the North African countries, is known as the Maghreb – The Arab West. It has the Mediterranean and the Atlantic as coastlines, bordered by mountains, a dry and rugged interior and not far from the Sahara Desert. With its capital at Rabat, the kingdom is a harmonious blend of Arab, Berber, European ,and African cultures. With iconic cities, a cornice in Casa that can compete with the French Riviera, and being host to the who’s who of the planet for many years, Morocco remains a gem of Africa.

Casablanca
For a die-hard romantic, Casablanca conjures up a vision of the 1942 film of Ingrid Bergman and Humphrey Bogart. The reality being, the film was shot in Hollywood, and no crew or performers travelled to Morocco for the filming. But tourists can’t resist an urge of dining at Rick’s Café. There is even a private tour of the restaurant, and a souvenir shop to keep it in memory

But Casablanca is not about the bar that is famous. Morocco’s most populous city has quite a few sights to offer, though pale in comparison to Marrakesh and the other cities of the country from the tourist perspective.

Casa is a seamless gel of stunning architecture, art-deco and even radically modern. The Cinema Rialto is a fine specimen of the French influence, but spread all over the town, one finds art and design inspired by various ages and traits. The city boasts of a very refined cultural scene, and various galleries and museums have sprung up, and hosts events and recitals. Being on the Atlantic, gives Casa a wonderful opportunity to use the situation to her advantage. La Cornice, the city’s waterfront, with its cafes, and ocean view restaurants come right out a scene of the French Riviera. One cannot be in Casa and miss the Hassan II Mosque. Designed by a French architect, the mosque commemorates the 60th birthday of King Hassan II. With a minaret rising to 210 metres, the mosque partially stands out in the ocean, and can accommodate 25,000 worshippers inside the dome, and another 80,000 in the courtyards outside. It is the third largest mosque in the world, and is topped by a spectacular laser beam shining towards the holy city of Mecca.

Fez
The wonderfully preserved medieval capital of Morocco, Fez is famous for being home to the world’s oldest university, the Qarawiyyin University. Fez is the core of the leather industry that makes the name of Morocco generic in the world of leather products.

The streets crisscross making it absolutely complex to navigate. They say, that it is easy to lose yourself in the puzzle, wander about, taking in the sights and the smell, and then trying to find your way out with the help of the locals. But as it is the largest non-vehicular zone in the planet, efforts in making way past load bearing donkeys and mules will be consistent.

Somewhere tucked in the depths lies the Qarawayyin University. It is the oldest existing educational institution in the world. Basically a centre of higher Islamic studies and Islamic legal sciences, but today it has moved on with times in its curriculum and teaches science and modern subjects as well.
**media[825599]**
The University and its encompassed mosque has been expanded over the centuries till it became the largest in Africa at a point in time, but pales in comparison to the grandeur of similar institutions in Eurasia.

The design is austere. The columns and arches are plain white. The floors are covered in reed mats, not lush carpets. Yet the seemingly endless forest of arches creates a sense of infinite majesty, while the simplicity of the design complements the finely decorated niches and outer courtyard.

In the midst of the maze lie endless colourful leather-dying pits. Being in Fez and missing out on the Chaouwara Tanneries would be sacrilegious. They compete to be the city’s most iconic sights. It is best to reach early in the morning when the pits are filled with coloured dyes and the technician at hand could possibly give a small idea as to how the process works. Moroccan leather is the best in the world and the prices would be the best as one can get if bought from source. Surrounded by hills, it constrains the expansion of the city. But the views from the hills is spectacular, more so during sunset and after dark. There are two fortresses overlooking the medina, the Borj Nord, and the Borj Sud which are vantage points for having a bird’s eye view of the city of Fez.

Tangier
An enthralling gateway to Africa, at the tip of the continent, Tangiers has been a part of many an invasion which each victor tearing the city apart and rebuilding on their own.

The Grand Socco (the large market place) is an attraction by itself, with a palm tree lined cobblestones walkways and a central fountain. Be it the Kasbah Museum, which archives the history of the locality from ancient times till date, or the Ville Nouvelle with its colonial ambience, or the house where the great explorer Ibn Battuta was born and raised and lived his land years, there are many attractions. Apart these, there are various other places of interest and it needs a couple of days to wade through them and feel the ambience that they have to offer.

Short day trips can be absolutely rewarding, be it the Cap Spartel Lighthouse or the Grottes d ‘Hercule. The caves of Hercules carry the myth of Hercules. It is a man-made cave with one side opening to the land and the other to the sea.

Marrakesh
The most important of the four imperial cities of Morocco, Marrakesh has stood the tides of time for more than a thousand years. A melting pot of cultures, the name is mystical enough to attract tourists from all over the world. So fascinating has Marrakesh evolved to that it has become home to one of the most glamorous International Film Festivals of the world.

The highlight of any Marrakesh visit invariably ends up at the Djemma El-Fnaa. Supposedly the busiest square in Africa, it is more like an open air theatre. Always packed with entertainers, from belly dancers, to fire-eaters, acrobats, animal shows, and countless other types of variants.

Come dusk, and the whole place evolves to an open air food court. Literally hundreds of stalls fire up their grills and the waft of meat being skewered over fire fill up the place. Declared as “Masterpiece of World Heritage” by UNESCO in 2001, with 1000 years of performances irrespective of weather or political climate, the show goes on heroically in the Djemma El-Fnaa.

Marrakesh is a city to engage the senses, to walk through intricately carved archways, through exquisite gardens and ornate mosques. Don’t miss the electric-blue Jardin Majorelle villa, which was gifted to Marrakesh by Yves Saint Laurent, to be kept open for the public as the city had adopted him way back in 1964. Apart from this, there are quite a number of museums and galleries of art, the famous Koutoubia Mosque, the ubiquitous Medina, and the Bahia Palace amongst others which can keep one engrossed.

Qatar Airways flies to Casablanca from Muscat with a short transit at Doha, with a flight time for a single way at about 6 hours

Indranil Chowdhuri is based in Oman and an avid traveller who has completed foot printing in more than 100 countries.