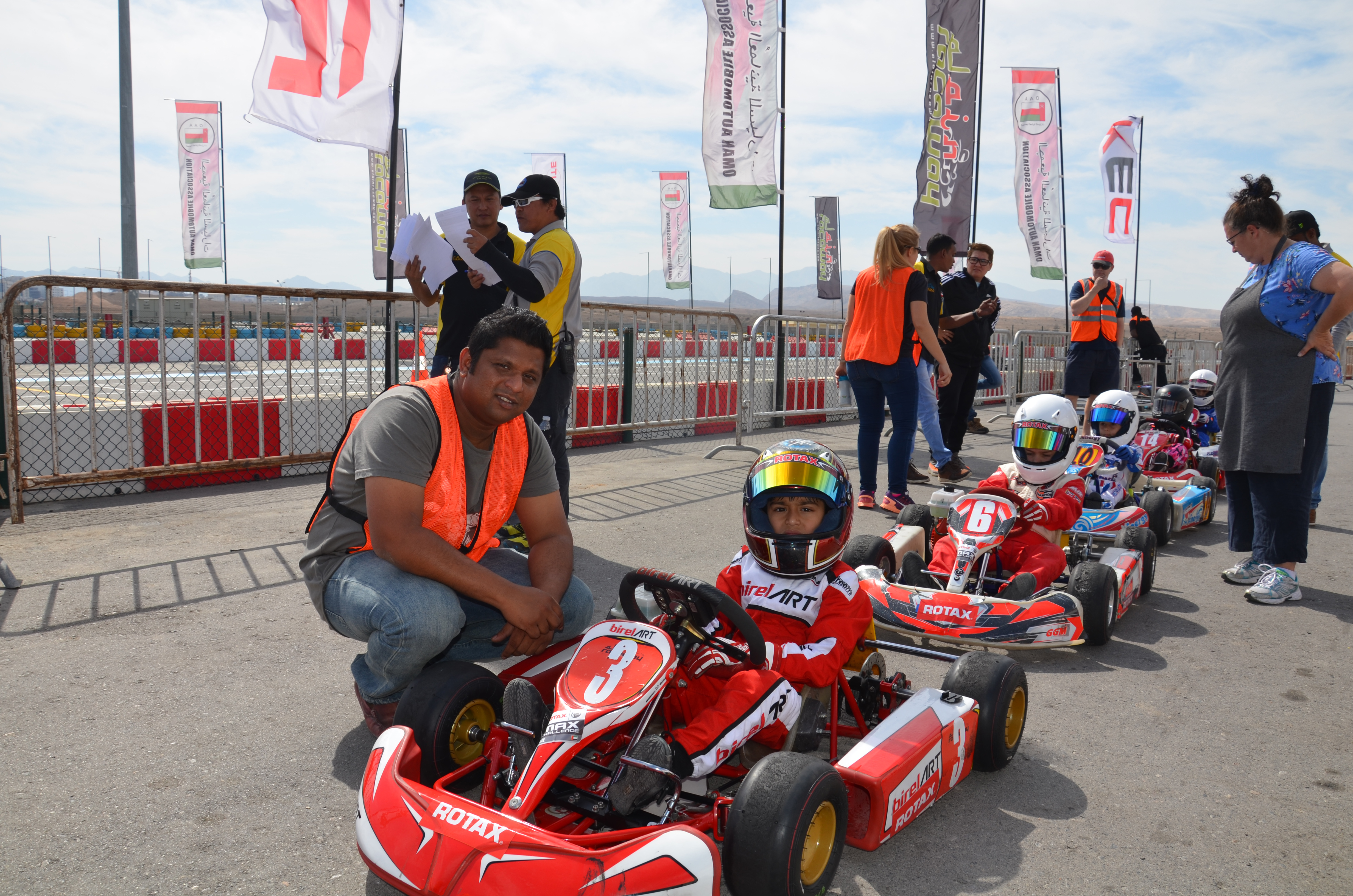 Continuing with his stunning performances in the UAE Rotax Max Challenge series, Oman based Shonal Kunimal has topped the sixth round of Bambino Championship at the Muscat Speedway during the last weekend.

A student of Indian School Ghubra International, six-year-old Shonal set the Speedway track ablaze finishing well ahead of his competitors.

Going into the sixth round at his ‘home town’ track, Shonal (284 points) was in the second place behind Adam Awan (288 points) in the overall championship table.
But the victory in Muscat will move Shonal to the top of the table after having earned 59 points with his first place finish.

If Birel Art Middle East racer continues with same performances in the final two rounds of the championship, to be organised at Abu Dhabi’s Yas Marina circuit on March 9 and Al Ain Raceway on April 6/7 respectively, Shonal is sure to emerge the overall champion.

In the previous five rounds, Shonal has claimed three second places and two top places.
**media[825582]**
Shonal is being mentored by Oman’s own karting champion Sanad Al Rawahi. Speaking about his ward, the Omani star Sanad Al Rawahi said: “Shonal is a fast learner with an inborn talent. He is a good listener and extremely passionate about karting.”

Shonal made a rousing start to 2017-18 season winning back to back second places in the first and second rounds of Bambino category in the UAE Rotax Max Challenge at Al Ain Raceway and Dubai Kartdrom respectively.

In the third and fourth rounds held in the UAE, he went a first step ahead by winning the top positions.

In the fifth round at Al Ain Raceway, Shonal finished second but went on to claim the top position in Muscat to stay on the path to claiming the overall championship title.

Speaking about Shonal’s achievements so far in the season, his father Shojai said: “Shonal has done exceptionally well this season, winning many medals and trophies. These are remarkable achievements. But we couldn’t have achieved these results without the support of two individuals — Sanad Al Rawahi and Sonny Ericson Lozano,” he said.
“Sonny Ericson Lozano has done a great job of setting up the kart for Shonal and our champion Sanad’s coaching and mentoring made the difference.” —[email protected]