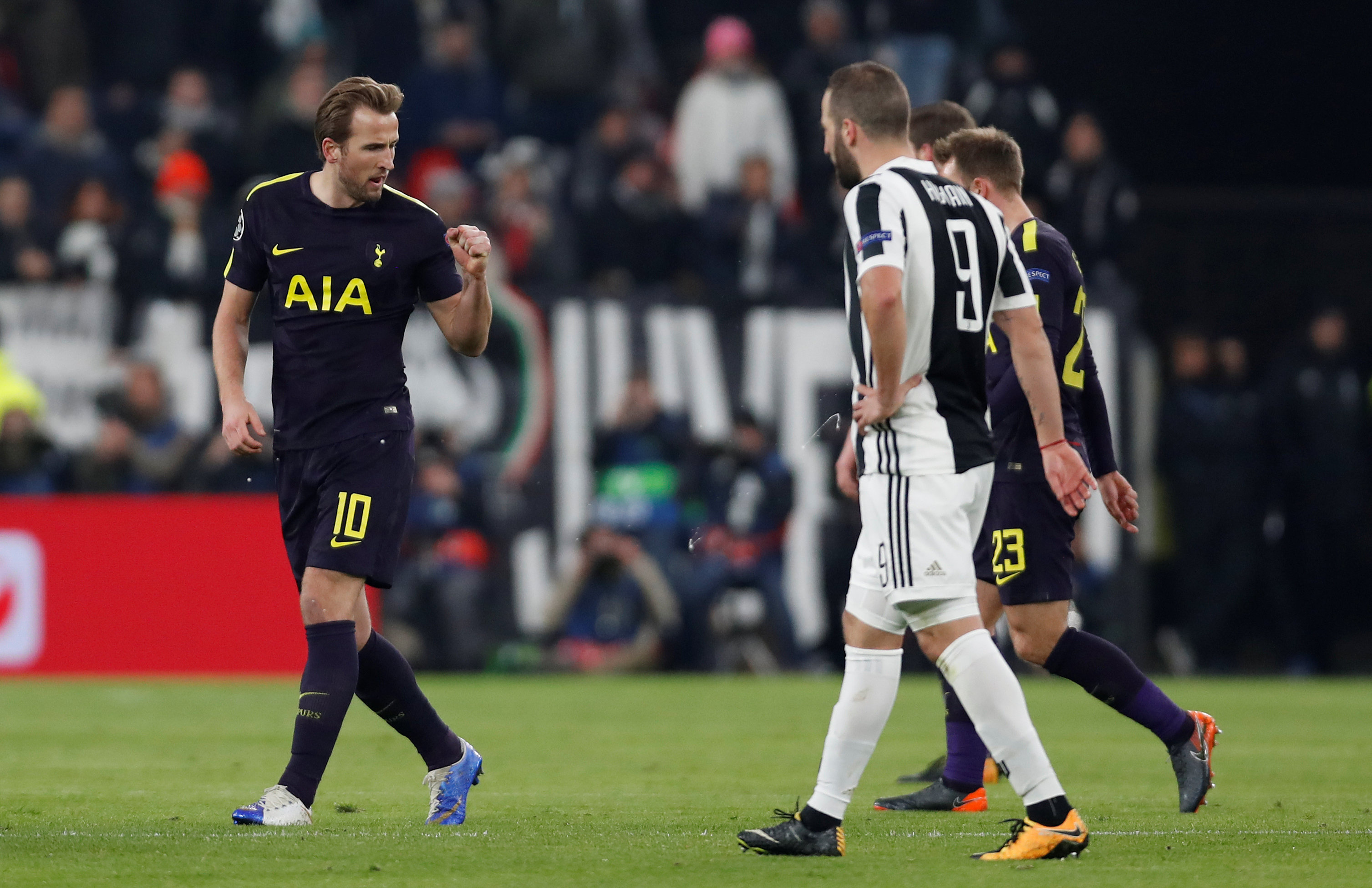 Turin: Harry Kane continued his single-handed assault on the record books when he scored Tottenham Hotspur's opening goal in their comeback 2-2 draw at Juventus in the Champions League last 16, first leg on Tuesday.
Kane's 35th minute effort was his seventh goal in the competition this season -- matching Steven Gerrard whose seven for Liverpool in the 2008-09 campaign had stood as a record for an English player.
Not only that but Kane's nine-goal haul from his first nine games is more than any other player in the history of Europe's blue-riband club competition -- one more than the quartet of Ronaldinho, Simone Inzaghi, Didier Drogba and Diego Costa.
Kane has scored nine goals in his last eight games in all competitions and has 33 for the season -- more than any other player in Europe's top five leagues.
The 24-year-old, who this month reached 100 Premier League goals in only 141 appearances, could have added to his tally on Tuesday but for two great saves by Juve's veteran keeper Gianluigi Buffon in the first half.
With the twice Premier League Golden Boot winner in this sort of form, however, Tottenham will feel they can topple Juventus in the second leg at Wembley next month -- indeed they will be favourites to do so.
Kane, who bagged Tottenham's winner against rivals Arsenal last weekend, paid tribute to the way his team mates recovered from conceding twice in the first nine minutes on Tuesday -- Gonzalo Higuain striking twice for the hosts.
"We could have capitulated, away from home in the Champions League. It showed character," he said.
"It was an excellent performance after that and we take two away goals to Wembley. A great result."
Tottenham manager Mauricio Pochettino said his side had been sloppy in the opening 10 minutes but felt they should have been celebrating a victory after recovering to enjoy 62 percent of the possession against a side starting with seven of the players who began last year's final against Real Madrid in Cardiff.
His opposite number Massimiliano Allegri said his side had been taken aback by Tottenham's riposte.
"We started very well but then we struggled to keep the ball because Tottenham were playing so well," he said.
"After going 2-0 up, we did not decide to defend deep, Tottenham forced us to. After their second goal, however, we were the more dangerous side."