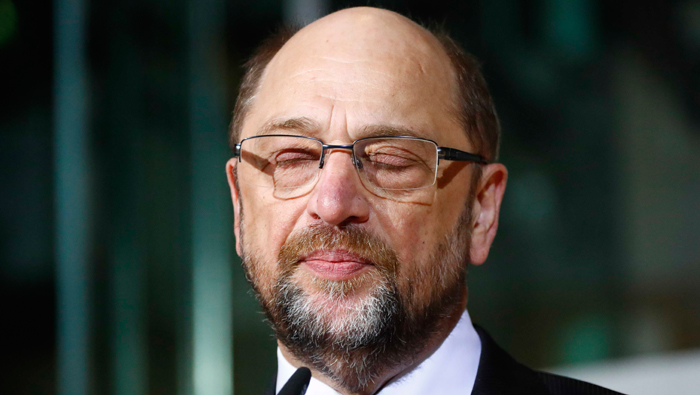 Berlin: German Social Democrat leader (SPD) Martin Schulz stepped down with immediate effect on Tuesday and said the party's committee had backed parliamentary floor leader Andrea Nahles as his successor.
Nahles still needs to be formally nominated by the party executive, which is meeting on Tuesday evening. A vote will then take place at an extraordinary party congress on April 22.
The move comes ahead of a ballot of the SPD's 464,000 members, who get the chance to veto a coalition deal agreed last week with Chancellor Angela Merkel's conservatives.
The SPD is split over the coalition deal and the division of ministerial posts. Schulz said after the deal was announced that he would step down following the members' vote - the results of which are due to be announced on March 4 - to take the job of foreign minister, but later dropped that plan amid controversy.