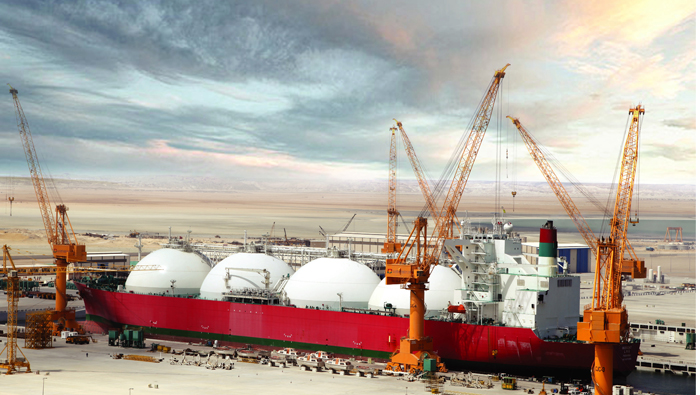 Duqm: A new initiative to provide a common forum for major companies, SMEs, and community representatives in Duqm and surrounding regions would also provide jobs and utilise the best skills of locals in the Wusta Governorate.
The initiative, called ‘Dynamic Duqm’, is the brainchild of Maurizio Monte, founding director of Duqm Smart Business, which provides consultancy, rental, and marketing services to businesses looking to set up shop in Duqm, an area poised to be the economic powerhouse that catalyses the nation and fuels its economic diversification plans for the future.
“I would say that all those who live in Duqm are welcome to our forums, which have been set up to invite people to come and discuss ideas for businesses, follow a path that would help benefit the community, and take on board suggestions from those who live here,” Monte said.
“If anyone in the area is skilled or has the right attitude towards contributing to the economy, I would definitely invite him/her to come to this event, so that he/she can listen to what the industry leaders have to say and approach them for a job,” he added.
“This is an open and informal setting, where everyone is welcome to interact and share their opinions. I believe there needs to be closer interaction and cooperation between big industry players and small and medium enterprises (SMEs) because they are the ones that will play a big role in the economy going forward. There are a lot of big plans for Duqm and I believe such forums will make us better prepared towards cooperating with each other in the future, so that we can together face the challenges that come.”
Industrial drive
Duqm has been earmarked as the heart and lungs of Oman’s new industrial drive as part of the Sultanate’s Tanfeedh initiative towards economic expansion and diversification.
Some OMR11 billion has been earmarked for development of various industries in Duqm, including construction firms, an oil refinery, a by-products conversion plant, and a sebacic acid plant, among others. A joint Sino-Omani tech park with a focus on heavy and light industries is also under construction.
In addition, with Al Wusta providing plenty of natural beauty and history not present in Oman’s other governorates, a thriving tourism industry is also on the horizon for Duqm. Plots have been allocated towards beachfront hotels and mixed-use real estate complexes, where both Omanis and foreigners can own property.
Mineral wealth
The Wusta governorate is also a storehouse of vast mineral wealth, with resources such as copper, chromite, dolomite, silica, limestone, clay and shale, as well as gypsum and marble available.
The furthest one would need to travel from Duqm to access these valuable deposits is some 300km, a far shorter distance for transportation of goods, as compared to Salalah, Muscat, or Dubai.
“All of us here in Duqm have known each other for a while now, and we realise that cooperation in Duqm is vital for everyone’s interests, whether it is the companies that operate here or the community that will benefit from this,” Monte said, adding: “The Special Economic Zone Authority of Duqm (SEZAD) had previously organised similar networking events for people and investors in Duqm, and I believe more of the same are required as the region continues to grow and develop.”