Powder sent to UK parliament found to be harmless 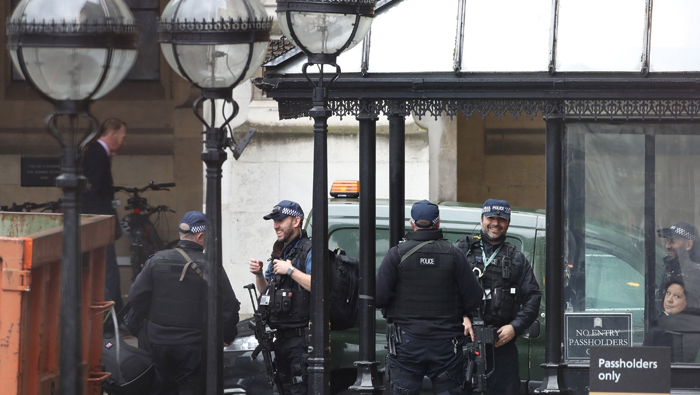 London: Counter-terrorism police were called to Britain's parliament on Tuesday to investigate white powder sent to an office in the building, but the powder was later found to be harmless, officials said.
One office remained closed as officers carried out investigations, but the rest of the building was open, police said. Parliament is currently in recess. "Today the Metropolitan Police investigated a small package containing white powder on the parliamentary estate. The powder was found to be non-harmful," the House of Commons, Britain's lower house of parliament, said in a statement.
Police increased security at the site after an IS-inspired attacker drove a car into pedestrians on Westminster Bridge a year ago, killing four of them, and then stabbed a police officer to death nearby.