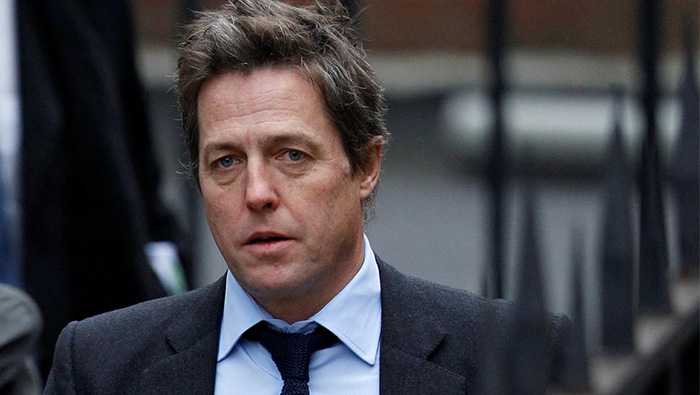 British actor Hugh Grant has settled a legal case against Mirror Group Newspapers (MGN).
This happened after the company admitted that reporters at its three tabloid titles had hacked into his voicemails over a 10-year period to get scoops, he said on Monday.
Grant, who is known internationally for roles in films such as "Four Weddings and a Funeral" and "Notting Hill", won substantial damages from MGN and will donate them to Hacked Off, a group that campaigns against press intrusion.