Rail networks can put Oman's economy on the fast track. Here's how 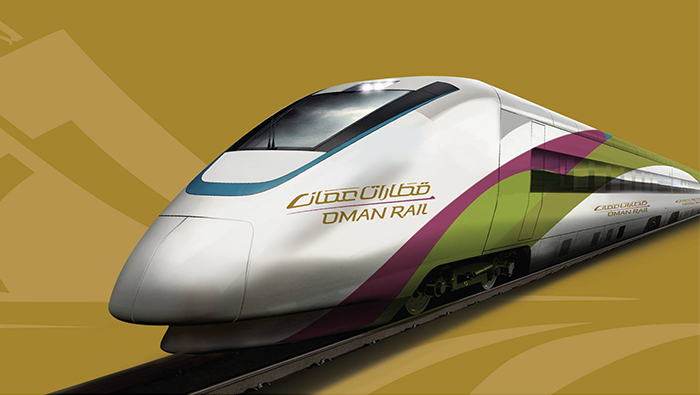 Muscat: A railway network and metro in the Sultanate will have a positive impact on the nation’s economy and environment, according to a research paper by an Omani graduate student.
Mahmoud Al Wahaibi, a student in the Department of Urban Planning at the University of Illinois, Urbana, has received an A-grade from the university for his work, and his effort to analyse Oman’s logistics sector has won him plaudits from the Omani government.
**media[820094]**
“I never left Oman. I am doing this for Oman. I won appreciation from the government of Oman for my work. I wish to help develop Oman’s logistics sector. The way in which we can develop the railway network and the metro, as well as the ports for faster processing and world-class facilities are all a part of my study,” Al Wahaibi said.
The Cultural division of the Embassy of Oman in Washington DC congratulated him for securing a full GPA of four in a letter last month. His research paper compares and analyses different approaches taken by the GCC government and the best practices that Oman can emulate.
Al Wahaibi stated that by adopting a railway network, Oman can boost its goal of economic diversification, especially in the mineral sector, while reducing carbon emission from trucks by 75 per cent.
“According to my conversation with the Operations Manager of Oman Rail, Philip Marquis, one container of the Oman Rail can handle 480 TEUs, which can remove 350 trucks from the road. One bulk train, as proposed for the Mineral Line, can handle 20,000, which can remove up to 700 trucks from the road,” Al Wahaibi’s research read.
The study also showed a dramatic drop in the number of road accidents in Dubai after the metro was implemented, suggesting that Oman can also use a similar approach to reduce the number of accidents. “After the introduction of the Dubai Metro in 2009 and the second line in 2011, statistics from the Dubai Statistics Center show that injuries and fatalities dropped significantly by 10 per cent and 3 per cent, respectively, from 2009 to 2016,” he added.
Al Wahaibi is currently working on developing a gravity model for Omani ports to determine their trading potential in terms of location and logistics efficiency. “If this works, this is my thesis and contribution to the Oman National Spatial Strategy Project,” he said.
The student is also a member of the American Planning Association (APA). “I have been selected as part of the APA due to my professional approach and contribution to the field of planning. I am probably one of the few Omanis, if not the only one, to qualify as a member of the APA. This gives me the status of being a Certified Urban Planner,” he remarked.
Al Wahaibi is also a member of the Honour Society of Phi Kappa Phi, one of America’s most selective societies that recognises the academic excellence of an individual. Members of this organisation include American presidents and Nobel Prize winners.