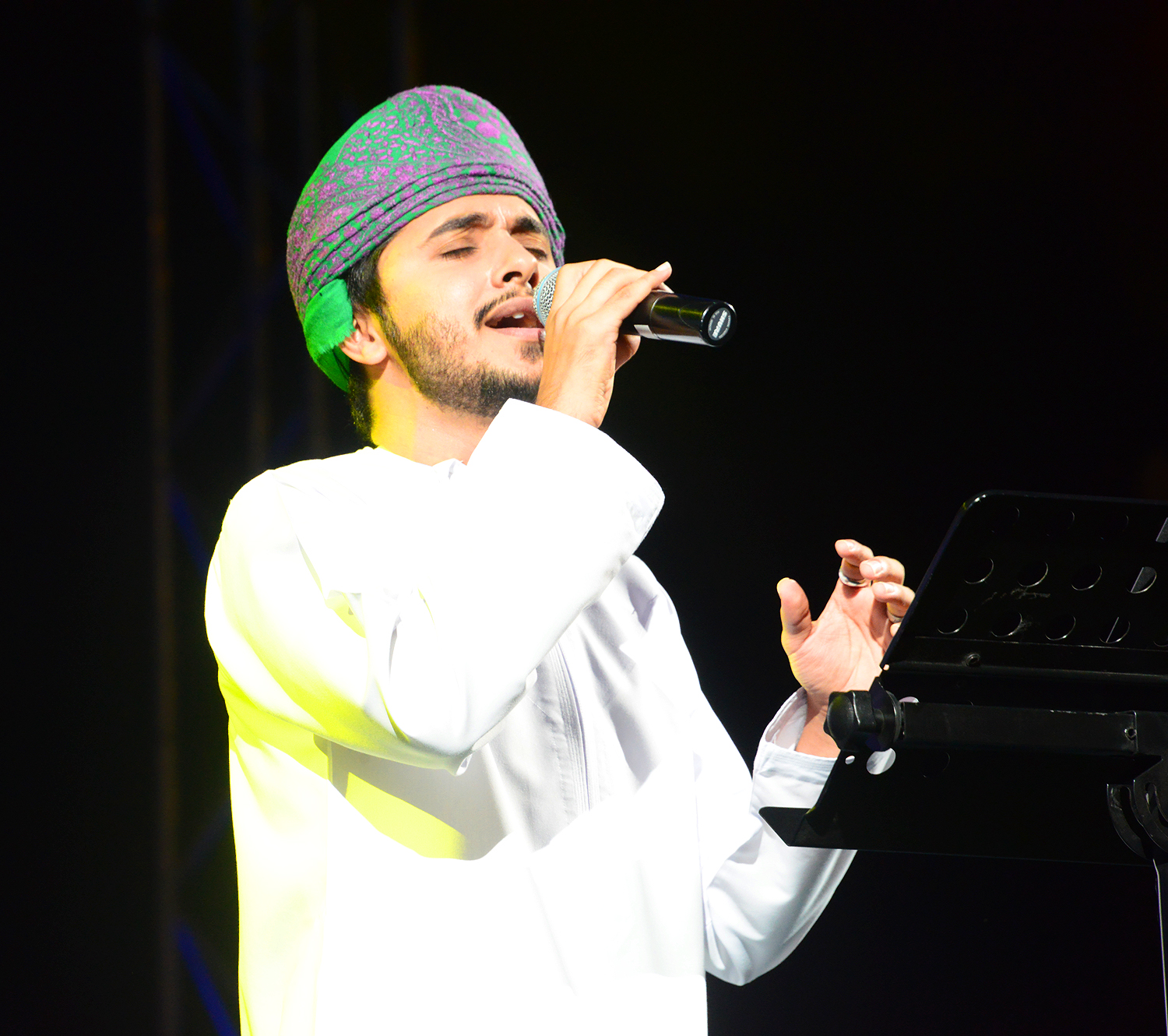 Singer Haitham Rafi performed before a packed audience at Naseem Garden as part of Muscat Festival. From songs inspired by Omani and Arab folklore to the latest ones, he performed before his dedicated fans giving them a stellar show to remember. He sang his popular songs along with a new track written by a famous Indian poet, especially for the festival.

Haitham’s performance was fired up in anticipation and a cheerful crowd, sang along to his Omani and Gulf-inspired sounds.

“I am honoured to be present at this wonderful gathering, which has a different feature: the release of the first single in Hindi in conjunction with the concert. This concert is an extension of the process that began in the Indian musical competition. The next stage is the preparation of a varied album that includes many songs from the Gulf and India, which I hope will appeal to everyone who loves such genres,” Rafi said.
**media[820007]**
Rafi’s appearance during the concert was quite a special moment for his dedicated fans who had been waiting for hours just to have a glimpse of him and watch him perform.

Given that he is a massive role model figure for aspiring musicians in Oman, the show was a full house. Haitham began his career by performing in small venues, then moved a level up and started entertaining an audience of 100 people. Later he participated in a reality show that got him in front of millions of viewers, who will forever be in support of his Hindi-mixed-with-Arabic sound.

The artiste concluded the evening by taking a selfie with the audience, to commemorate the wonderful time spent at the Muscat Festival.—[email protected]