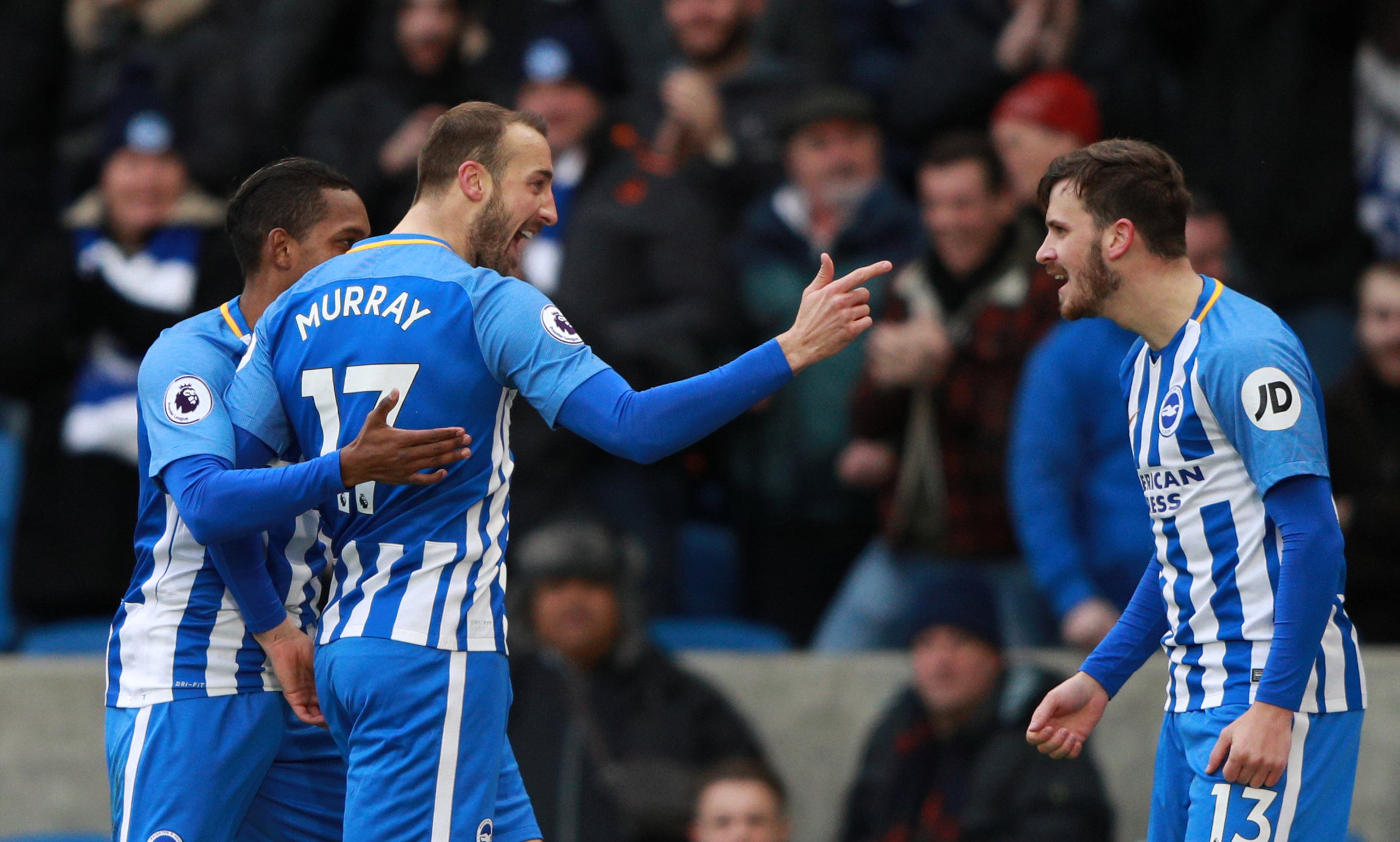 London: Brighton & Hove Albion secured their first Premier League win this year as they beat West Ham United 3-1 thanks to superb strikes from Jose Izquierdo and Pascal Gross in a thrilling game at the Amex Stadium.
Brighton's Glenn Murray opened the scoring with his eighth league goal of the season but Javier Hernandez, who said he had wanted to leave the club ahead of the January transfer deadline, equalised before the break after jinking past three defenders.
But Brighton's second-half goals were stunning. First Jose Izquierdo rocketed a shot past West Ham keeper Adrian from the edge of the area after 59 minutes and then Pascal Gross capped a fine display by scoring from 25 metres in the 75th.
West Ham's midweek signing from Preston North End, striker Jordan Hugill, came off the bench but Brighton held on to complete their first league double over West Ham and move level with the 12th placed visitors on 27 points.