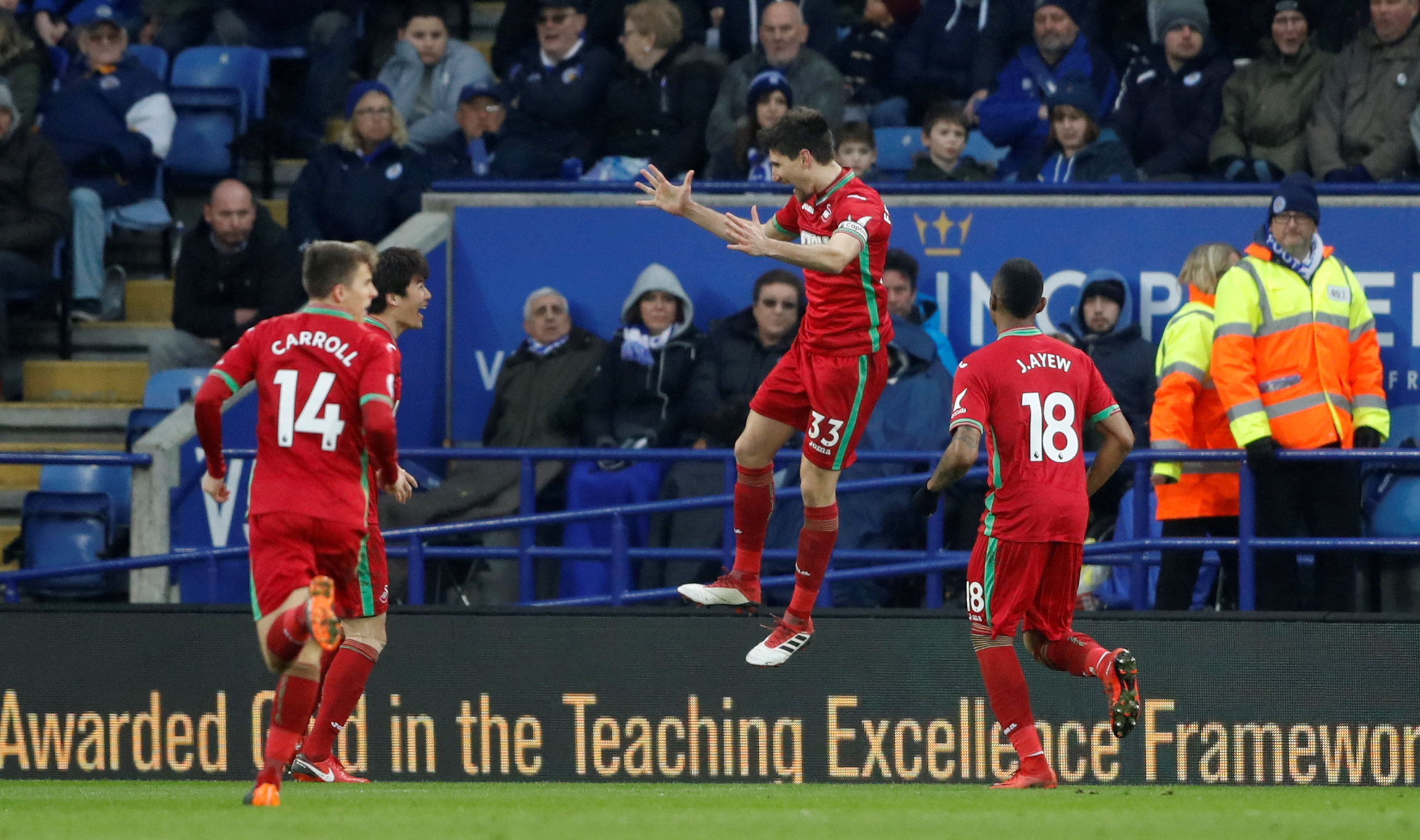 London: A turbulent week for Leicester City took a turn for the worse when Swansea fought back for a 1-1 draw in the Premier League at the King Power Stadium to continue their revival under Carlos Carvalhal on Saturday.
Leicester left out midfielder Riyad Mahrez after the Algerian missed training following his abortive attempt to join Manchester City but his replacement Kelechi Iheanacho soon impressed by setting up Jamie Vardy for his sixth goal in nine games after 17 minutes.
Swansea suffered a further blow when midfielder Leroy Fer was carried off after twisting his ankle under Adrien Silva's challenge but the bad news ended there for the visitors who equalised after the break when Federico Fernandez headed in only his second goal in 116 games for the Welsh side.
Swansea held on for a point and are now unbeaten in seven games in all competitions to move out of the relegation zone on goal difference.