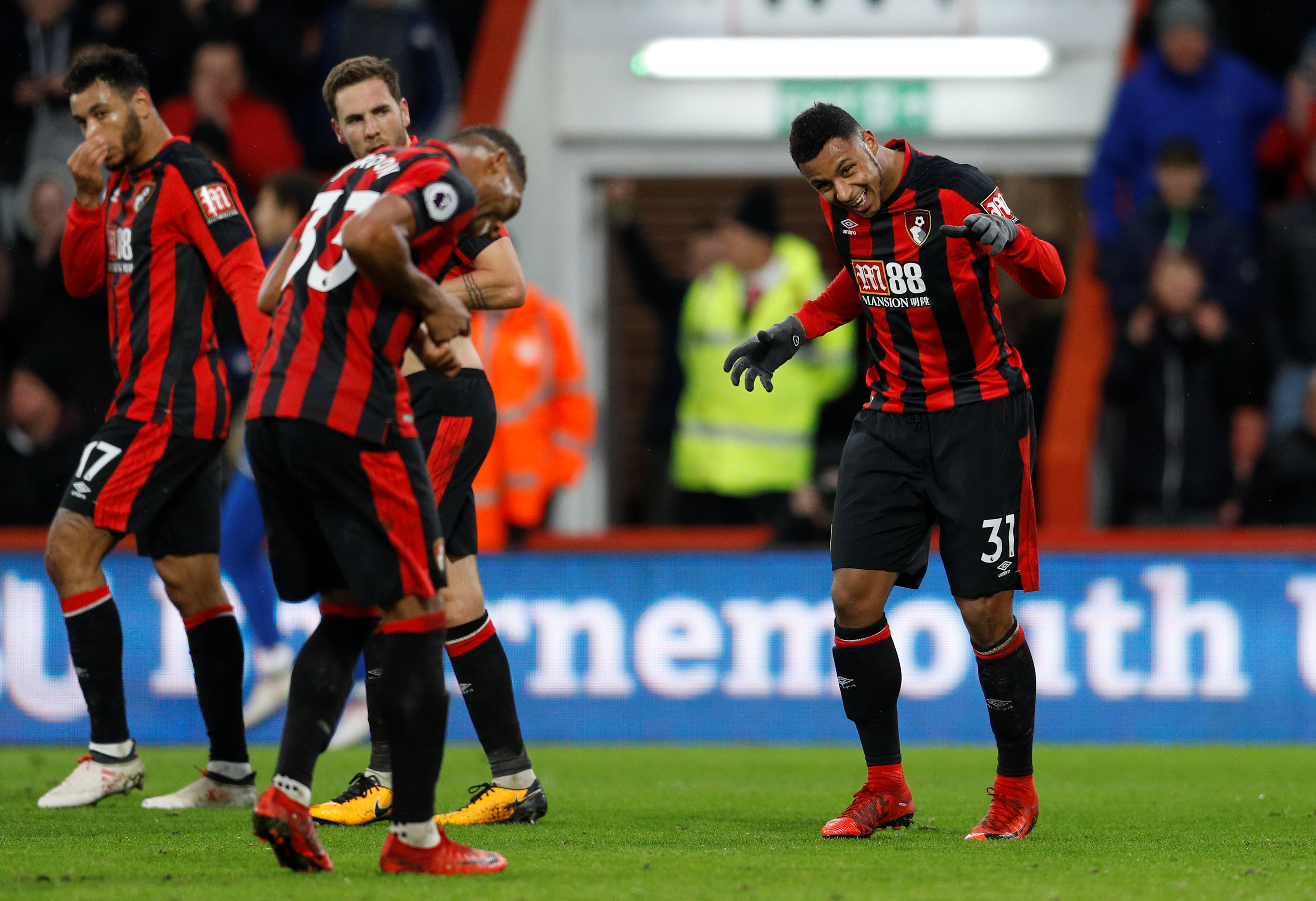 London: Substitute Lys Mousset came off the bench to score his first Premier League goal for Bournemouth as they came back from a goal down to beat Stoke City 2-1 in a pulsating Premier League clash at the Vitality Stadium on Saturday.
Swiss international Xherdan Shaqiri, who had seen a shot cleared off the line by Steve Cook moments earlier, put visitors Stoke in front in the fifth minute, the diminutive winger heading home unmarked from Badou Ndiaye's cross.
Bournemouth, who hammered Chelsea 3-0 on Wednesday, upped the tempo in the second half and had plenty of chances to score, but it took until the 70th minute for Joshua King to put them back on level terms with a thumping right-foot strike.
Sensing that Stoke's resistance was wilting after King's goal, Bournemouth continued to attack and nine minutes later Mousset nodded home Jordon Ibe's free-kick for the simplest of finishes to take all three points.