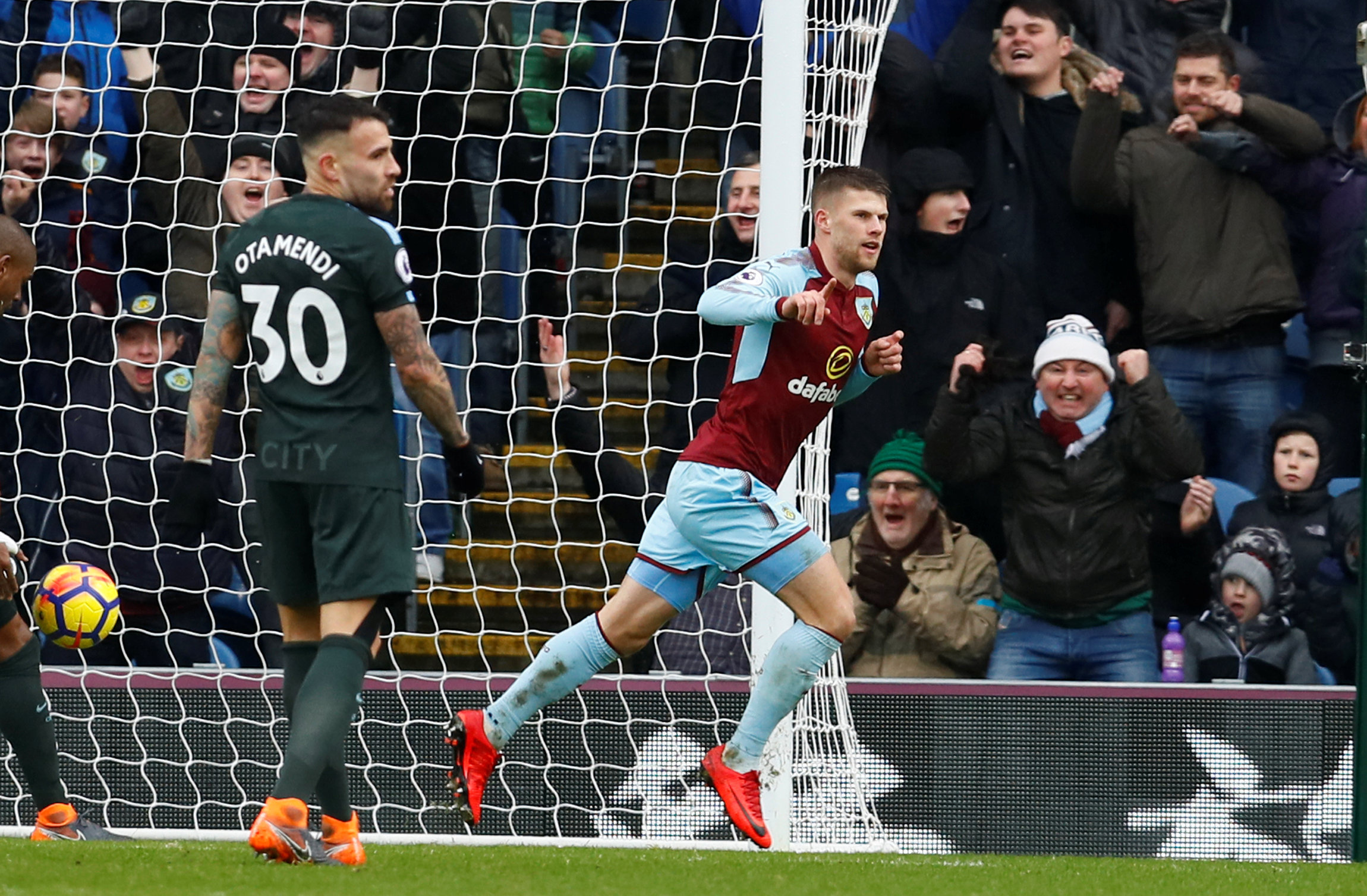 London: Burnley's Johann Berg Gudmundsson struck an 82nd minute equaliser as Premier League leaders Manchester City had to settle for a 1-1 draw at Turf Moor on Saturday.
Brazilian Danilo had fired City ahead with a superb strike in the 22nd minute and Pep Guardiola's side, who now have a 16 point lead at the top, were dominant for most of the game.
Raheem Sterling missed a golden chance for City in the 71st minute - somehow putting the ball wide from a metre out with the goal at his mercy.
City were made to pay for that - and other missed chances - when Gudmundsson met a Matt Lowton cross with a fine finish to beat Ederson and earn Sean Dyche's seventh-placed side a point.