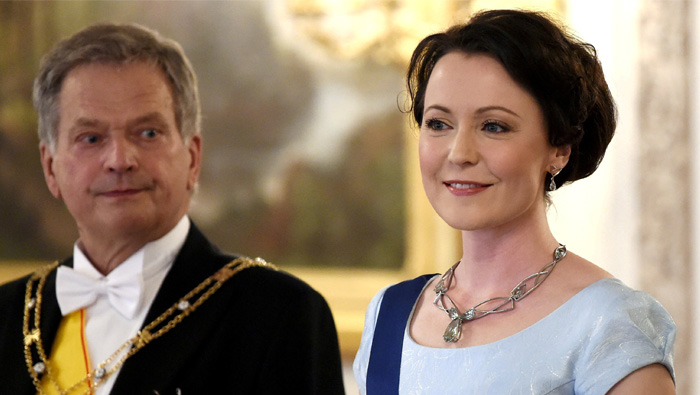 Helsinki: Finland's President Sauli Niinisto became the first holder of the country's top job to have a baby in office when his wife Jenni Haukio gave birth to a boy on Friday, his office said.
"The mother and the baby are well, according to the father who was present at the birth," the statement read. Niinisto, 69, and Haukio, 40, were married in 2009.
The child is Haukio's first and Niinisto's third.
Niinisto lost his first wife in a car accident in 1995.
Last month, Niinisto - a moderate politician known for cultivating good relations with Russian President Vladimir Putin - was elected by a huge margin for a second six-year term in the office.