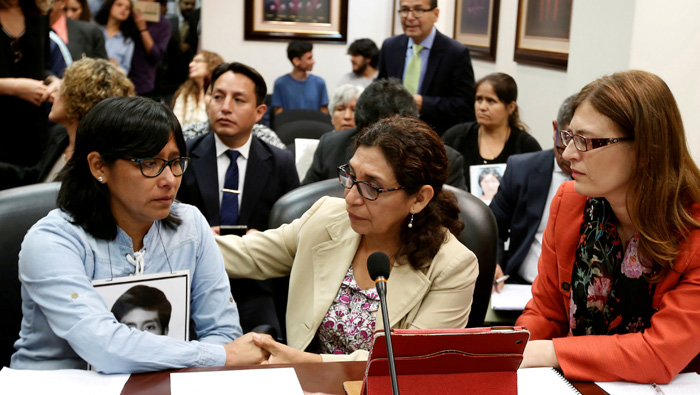 San Jose: The families of victims of human rights abuses under former Peruvian President Alberto Fujimori testified on Friday at an international human rights tribunal, asking the court to annul the controversial pardon of the former leader late last year.
Fujimori, who served as president during the 1990s, was less than halfway into a 25-year prison term stemming from convictions on human rights abuses when current President Pedro Pablo Kuczynski issued the pardon to the ailing 79-year-old.
While groups such as Amnesty International harshly criticised the pardon, about 65 per cent of Peruvians support it, according to a recent poll. The pardon was issued on Christmas Eve, and met by thousands of enraged protesters who took to the streets to criticise what many viewed as a miscarriage of justice.
Shortly after he announced his decision, Kuczynski, who was also facing his own possible removal from office by Peru's Congress, described it as a "humanitarian pardon."
Critics who accompanied victims' families before the Costa Rica-based Inter-American Court of Human Rights (IACHR) on Friday described it very differently.
"The pardon was contrary to law and a measure of impunity that must be revoked," said Viviana Krsticevic, head of the Center for Justice and International Law (CEJIL).
Krsticevic argued that Kuczynski's reasoning behind the pardon, details of which were publicly revealed for the first time on Friday, was full of inconsistencies and contradictions.
Lawyers representing the Peruvian government denied the pardon was the result of a political pact between Kuczynski and the Fujimori family, which continues to maintain considerable political influence in the Congress.
"Speculation should be kept outside the court," said lawyer Adrian Simons. In late January, Reuters reported that three months before he granted Fujimori the pardon, Kuczynski met the former leader's son, lawmaker Kenji Fujimori, to discuss his release.
At the meeting, Kenji Fujimori offered Kuczynski political support in Congress in return for the pardon.
Simons added that any disagreement over the pardon should be resolved by Peru's justice system and he alleged that the IACHR was being used as a "shortcut."
If the court's resolution, expected in the next few weeks, revokes the pardon, Peru's government is obligated to accept it.
"We hope Fujimori goes back to prison to serve his sentence," said Carmen Amaro, sister of Armando Amaro, who was killed in a 1992 massacre during Fujimori's rule that was cited in his conviction. "This isn't hatred or revenge," she said. "It's justice."