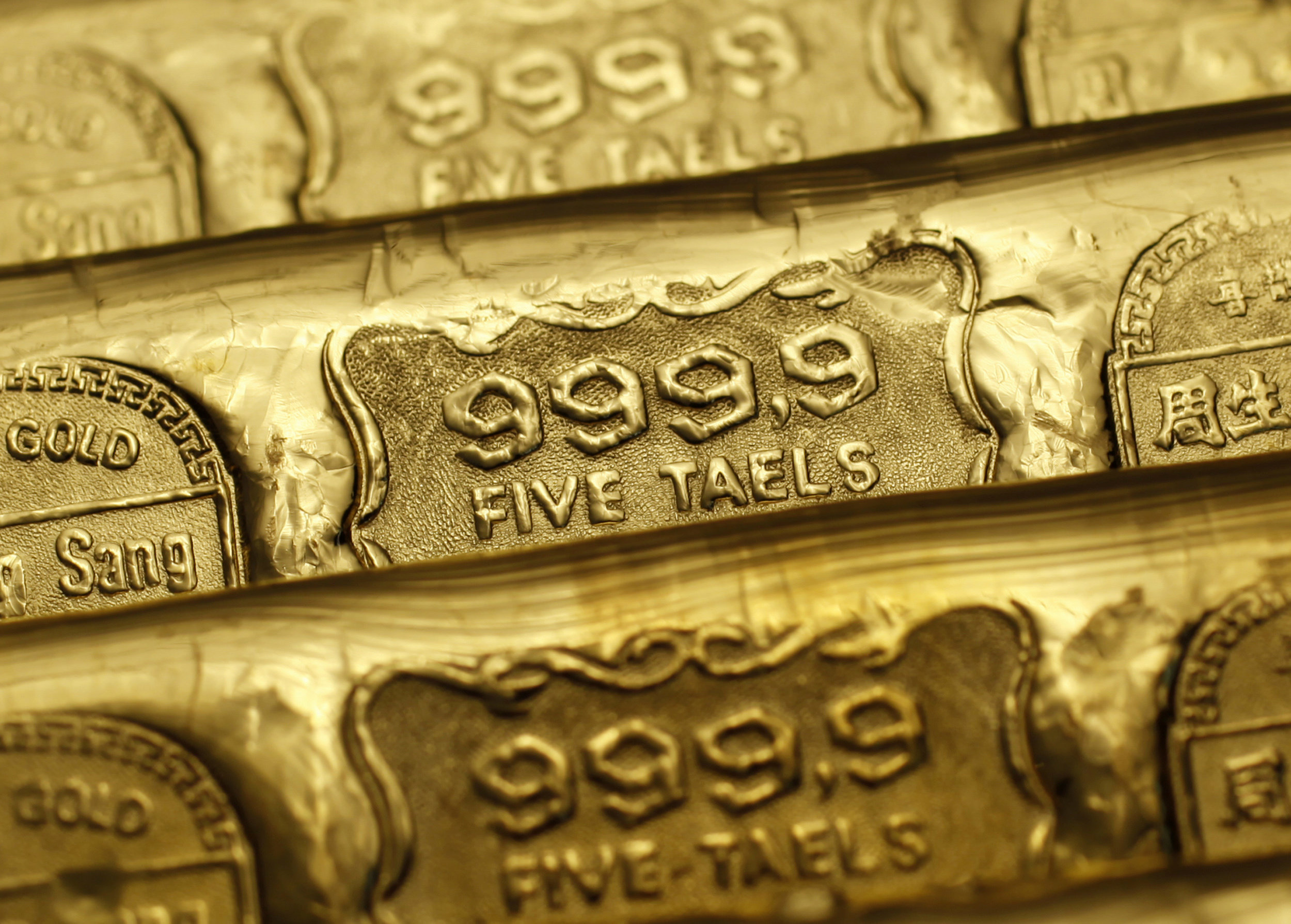 London: Gold edged lower on Thursday as investors shifted their focus to US jobs data due at the end of the week for guidance on monetary policy for the rest of the year.
Spot gold was down 0.2 per cent at $1,341.93 per ounce, as of 1524GMT. It touched $1,332.30 an ounce in the previous session, its lowest since Jan. 23.
US gold futures for February delivery were up 0.2 per cent to $1,345.20 per ounce.
The US Fed held interest rates unchanged on Wednesday but raised its inflation outlook and flagged "further gradual" rate increases.
"There is a possibility that the dollar could rise again and if we have stronger-than-expected jobs data (on Friday) then that would be bad news for gold," said FOREX.com analyst Fawad Razaqzada.
Gold gained just 3.2 per cent in January as the dollar fell to three-year lows against a basket of major currencies. It hit a 17-month peak of $1,366.07 on Jan. 25.
"We remain somewhat friendly to gold in the short-term. The dollar seems to be adrift, as investors are unsure what direction to push it," said INTL FCStone analyst Edward Meir.
The dollar index inched lower after the Fed signalled its confidence about inflation and growth in the US economy, reinforcing views it will raise rates several times this year.
Inflation worries generally boost gold, which is seen as a safe-haven against rising prices. But expectations that the Fed will raise interest rates to fight inflation make gold less attractive because it does not pay interest.
Holdings of the world's largest gold-backed exchange-traded fund, New York-listed SPDR Gold Shares, fell another 4.1 tonnes on Wednesday, data from the fund shows, cutting its inflow for January to just 3.9 tonnes.
In other precious metals, silver slipped 0.7 per cent to $17.18 per ounce and platinum fell 0.5 per cent to $995 per ounce.
Palladium was 0.3 per cent lower at $1,025.50 per ounce after touching $1,013.72 earlier in the session, its lowest since Dec. 18. The metal is down about 3.5 per cent so far this year.
"I wouldn't be surprised to see prices reach $1,000 because demand is strong but its not strong enough for the price to be at $1,100," said Natixis analyst Bernard Dahdah, adding that this was the beginning of a correction for the metal.