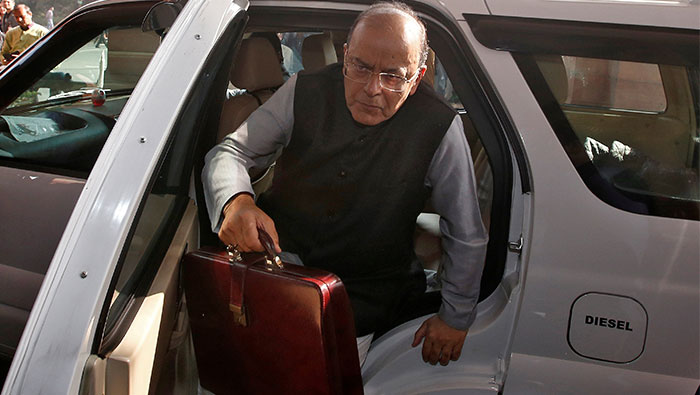 Muscat: Indian finance minister Arun Jaitley announced his government's last full budget before the 2019 General Elections on Thursday, with a focus on boosting rural infrastructure in the country and aid for the poor.
With two-thirds of the population living in rural areas, the National Democratic Alliance's (NDA) 2018/19 budget is being seen as a means of ensuring those votes go their way in the next elections.
According to Reuters, the minister announced that the INR500,000 per family would be provided annually for medical reimbursement under National Health Protection Scheme, protecting 500 million poor people and making it the world's largest health protection scheme.
Non Resident Indians (NRIs) such as Yusuff Ali M.A., Chairman – Lulu Group believes that the new announcements — especially the new health scheme for the poor — will benefit the country.
“The decision to implement world’s biggest national health protection scheme is a huge initiative which will benefit all sections of the society. The budget also pays special attention to poor, women and senior citizens by announcing various path breaking steps for their welfare,” the chairman said.
He also thinks that the Indian government will come up with initiatives that will allow NRIs to invest more in India: “One of the most game-changing policies announced recently by the [Indian Prime Minister Narendra] Modi government has been about treating all NRI investments as domestic investment. This has thrown open many new investment opportunities for NRIs, especially from the Gulf region, who have always wanted to invest back in India and be an active partner in country’s growth.
“Keeping in mind the fact that, currently India is seventh largest economy and looking to reach fifth position, this is a very encouraging and growth-oriented budget, with more emphasis given on rural and infrastructure development.
“The budget also pays special attention to farmers with the announcement of raising minimum price for crops and investing heavily in agriculture sector. Increase in allocation in food processing will surely benefit farmers and create more jobs in this sector,” he said.