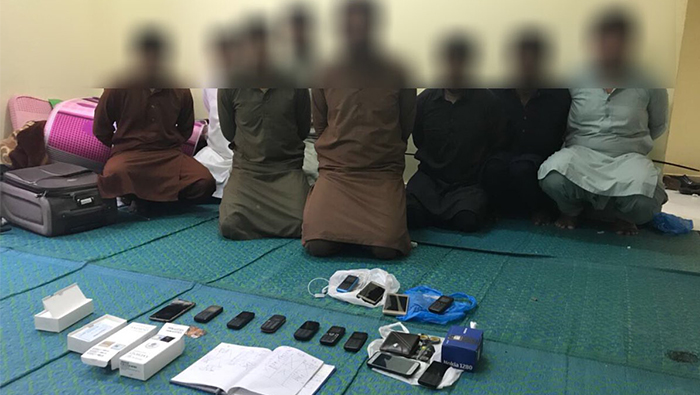 Muscat: Royal Oman Police (ROP) has arrested a gang of 10 on charges of fraud.
A statement from ROP said the perpetrators contacted their victims through phone calls to tell them they had won monetary prizes to fraudulently obtain their credit card information.
The arrests were made following an operation by the General Department of Criminal Investigation. In its statement, the ROP called on citizens and residents to protect themselves by ignoring any potentially malicious accounts, emails and phone calls they receive.
The ROPs announcement follows a wave of arrests last week, in which a gang of 22 expats were arrested on charges of electronic fraud. A total of 60 mobile phones and more than 70 SIM cards were seized from the gang.
An official source at the ROP said at the time, "The Criminal Investigation Department in Muscat and the Department of Crime Prevention have arrested a gang of 22 citizens of Asian nationals who practice electronic fraud against citizens and residents via telephone."