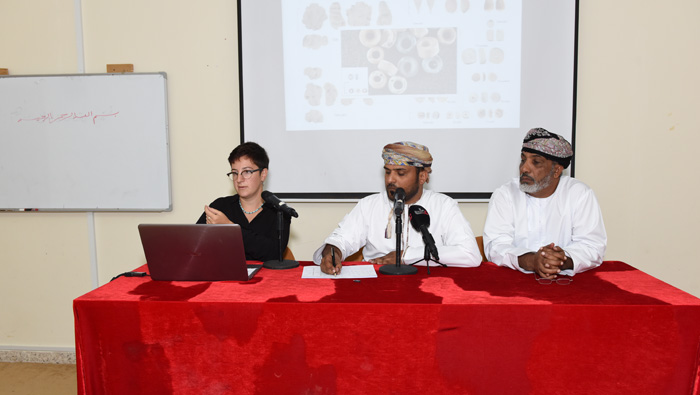 Salalah: A conference to review the main findings of the archaeological survey of the Sultanate’s coasts was held at the Directorate General of Heritage and Culture in the Governorate of Dhofar on Tuesday.
The conference was organised by the Ministry of Heritage and Culture, in cooperation with the archaeological mission of the National Institute for Scientific Research in France.
It was announced that more than 30 archaeological sites had been found dating back to the new stone age (5th and 3rd millennium B.C) during the survey at Sharbathat in the Wilayat of Shleem and Al Halaniyat Islands in the Governorate of Dhofar during 2017 - 2018.
Ahmed bin Salim Al Hajri, Director General of Heritage and Culture in Dhofar, said the archaeological surveys aimed at studying human settlement in the Sultanate’s coasts during the prehistoric times, which come as a translation of the Ministry’s keenness on spreading awareness in the society on the importance of physical and cultural heritage and how to preserve it.
Members of the French mission at the conference pointed out that they had found the first tomb dating back to the Neolithic era in the Governorate of Dhofar in Sharbathat on the form of “squatting position burial,” as well as the presence of stone tools that were found around the tomb.
Such findings helped in determine the nearest time period. Examination and laboratory analysis of the bones will be conducted to identify the accurate period.
Most important outcomes of the archaeological survey of the French Mission on the coast of the Governorate of Dhofar were reviewed, in addition to highlighting the role and efforts of the Ministry in the field of preserving the Omani cultural heritage.