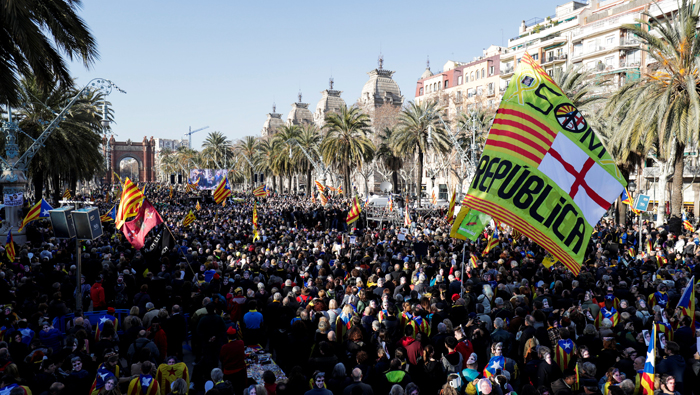 Barcelona: Catalonia on Tuesday postponed the election of a new regional president until further notice after Spain's highest court said the sole nominee, separatist leader Carles Puigdemont, was ineligible while he remains a fugitive from justice in Belgium.
The industrial northeastern region's drive for a split from Spain has led it to clash with the country's central government and judiciary which say a declaration of independence is against the country's 39-year-old constitution.
The speaker of the house, Roger Torrent, gave no reason for the delay but said he would not nominate an alternative candidate.
Separatists have a majority in the regional assembly and Puigdemont would almost certainly win the vote. Their decision to stick with Puigdemont suggests they will continue to push for secession, giving the national government in Madrid no reason to end the direct control that it imposed to block the independence drive.
"Another candidate will not be presented," Torrent said during a snap news conference. Hundreds of protestors gathered outside the Catalan parliament in Barcelona on Tuesday, many wearing Puigdemont masks and chanting 'Puigdemont, our president!"
An October referendum on secession was ruled illegal by the Constitutional Court and Prime Minister Mariano Rajoy fired the region's administration when it declared independence.
Puigdemont faces charges of sedition and rebellion in Spain. The crisis has shaken the confidence of companies in the region, causing thousands to move their registered headquarters elsewhere in Spain, and has deeply divided Catalan society.
The Constitutional Court said on Saturday Puigdemont could not be elected unless he was physically present in the parliament, with a judge's permission to attend. If he returns to Spain, Puigdemont faces the prospect of arrest on charges that could result in decades-long prison sentence if he is tried and convicted.
He has said he can lead Catalonia from abroad, and on Monday ruled out seeking a judge's permission to attend the parliament in person. Various regional cabinet members are in jail awaiting trial on charges of sedition, rebellion and misappropriation of funds for their role in organising the vote and the independence declaration.