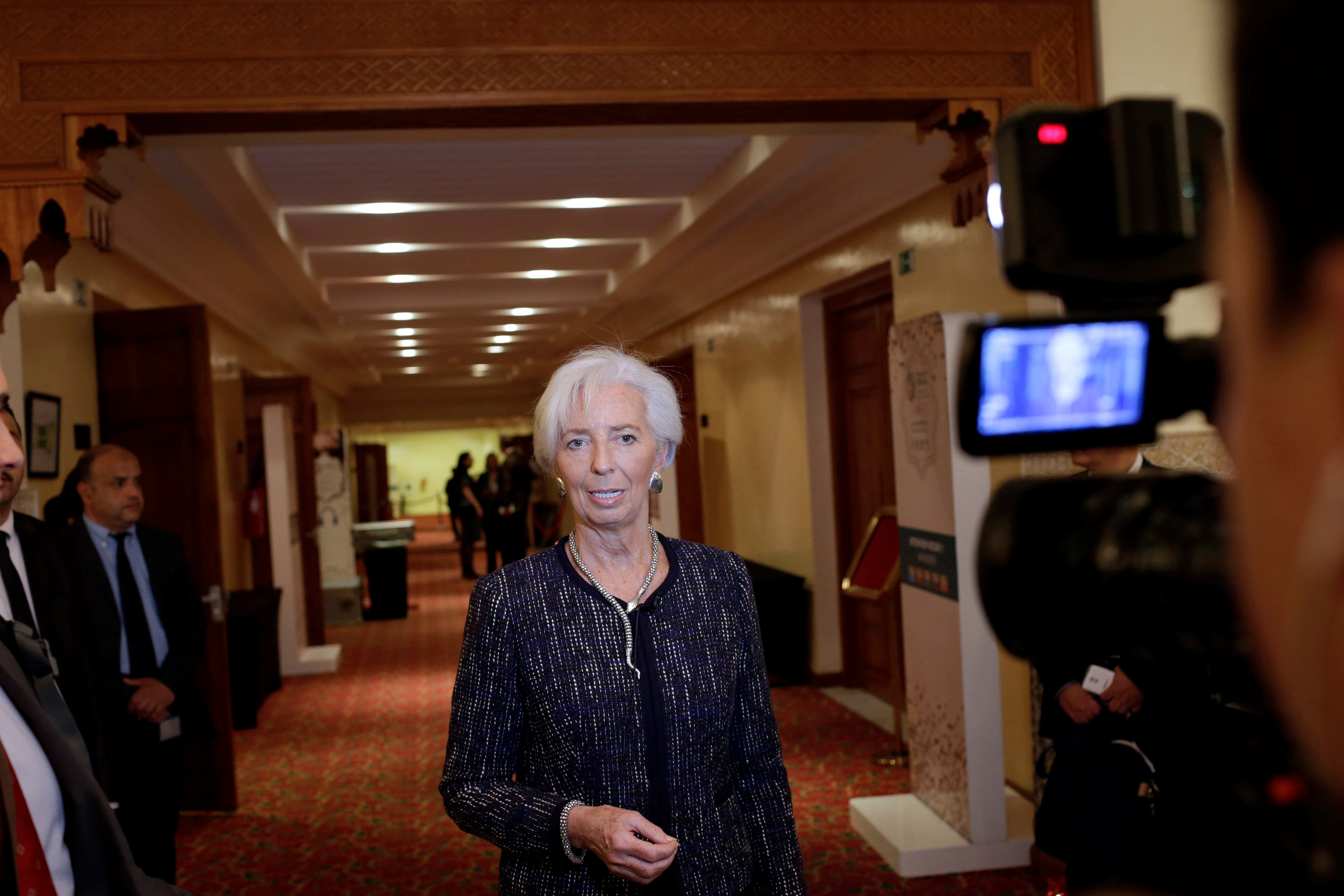 Marrakech, Morocco: Middle Eastern countries should pursue fiscal policies to support growth and build broader tax bases to fund infrastructure projects and social spending, IMF Managing Director Christine Lagarde said on Tuesday.
"A key priority is building broader and more equitable tax bases. All must pay their fair share, while the poor must be protected," Largarde told an economic conference in Marrakech, Morocco, according to a transcript of the speech.
That would allow to spend more on social safety nets, health and education services than the current 11 per cent of gross domestic product (GDP) in the region - less than 19 per cent in emerging Europe. "Fiscal policy can and must be redesigned to support inclusive growth in the region," Largarde said.
Morocco
Morocco's new, more flexible hard currency system is a step in the right direction to make the Kingdom more attractive to investment and turn it into a financial hub for Africa, a senior IMF official said on Monday. Two weeks ago, Morocco launched a more flexible foreign exchange system under free-market reforms recommended by the International Monetary Fund to protect the North African economy against external shocks and safeguard its reserves.
"It is a reform that goes in the right direction," Jihad Azour, director of the IMF Middle East and Central Asia department, told Reuters on the sidelines of an economic conference in Marrakech in Morocco.
"It allows Morocco to be ... more attractive for investors and to play its full role as regional financial centre, especially with the ambition of Morocco to service Africa in terms of financial services," he said. Rabat has said it does not plan to follow the path of Egypt, which opted for a full float of its currency in one go.
"I think the path of their reform has been designed with ... our support. We were very much satisfied with the way they did it," Azour said when asked whether Morocco should undertake more currency reform.
He said Rabat's abolition of most fuel subsidies and other market reforms had allowed Morocco to bolster economic growth, which was forecast at 4.5 per cent for last year. Growth in 2018 will be also positive, he said. Morocco has forecast GDP growth to slow to 2.8 per cent this year though officials have said the currency move could add 0.2 per cent. Morocco is among the most advanced Arab countries in liberalising its economy, he said. "They are on the right track. This is paying off."
Unrest in Tunisia
Azour also said Tunisia was also heading in the right direction with recent free-market reforms and a 2018 budget that calls for price and tax increases. It was important to improve Tunisia's business climate and continue reforms of the public sector - its public wage bill is around 15 per cent of GDP, one of the world's highest levels.
Some of the reforms have sparked unrest by young people complaining they have become poorer than before Tunisia's 2011 revolution as political turmoil and several Islamist militant attacks have deterred tourists and investors. "Any reform has its transition phase. During the transition phase what is important (is) to make sure they have the right mitigators, the right social programmes," Azour said.
A reform of Tunisia's public sector and cuts to fuel subsidies that have benefited mainly rich people will free up state funds for more targeted social spending, he added.
Regarding Egypt, also part of an IMF loan programme, Azour said the most populous Arab country was back on the path of growth thanks to a series of reforms.
"We have moved from a path of stabilisation where confidence came back..., where the economy is growing, to (a point) now (where) the focus is more on structural reforms to allow growth to be sufficient enough to create jobs," he said.
"We need to make the (Egyptian) private sector more comfortable in investing, put the private sector into the driver's seat," he said, adding that Egypt would benefit from a recovery of the US and European economies.
Asked about further fuel subsidy cuts planned by Cairo, he said: "The pace and sequence is something the government is in charge of. I think it is going in the right direction, especially if oil prices go up." Azour further said it was important for Gulf countries to cut back state subsidies despite oil prices climbing back to $70 a barrel.
Some countries with ample financial buffers such as Saudi Arabia and the United Arab Emirates were pursuing such reforms, he said, adding this was key to rechannelling funds towards private sector-led growth.