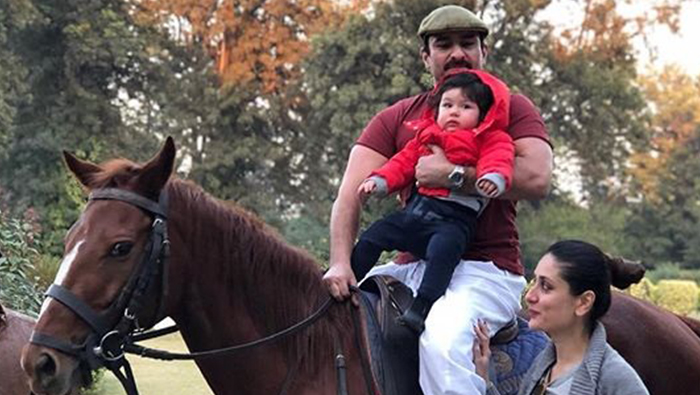 Muscat: Bollywood stars Kareena Kapoor Khan and her husband Saif Ali Khan have enrolled their one-year-old son Taimur Ali Khan in a gym, reported various Indian media outlets.
According to reports, the one-year-old was recently spotted with his nanny at an upscale gym meant for kids in Mumbai.
The actress, who is known to be very health-conscious, was also spotted spending time with her son at the gym.
Taimur is not the only celebrity baby who goes to the gym. Actor Tusshar Kapoor’s two-year-old son Laksshya is also a member of the same gym.